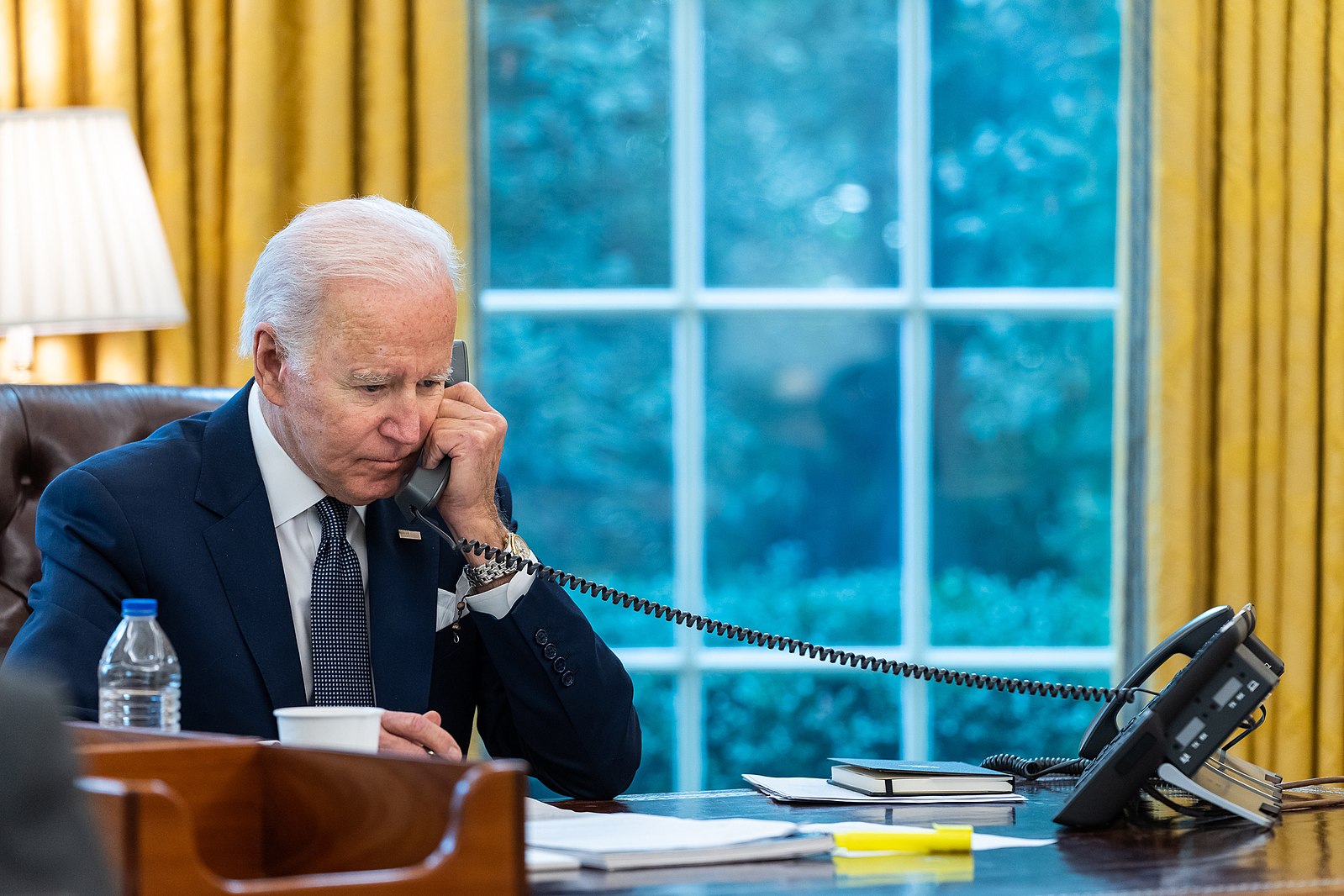 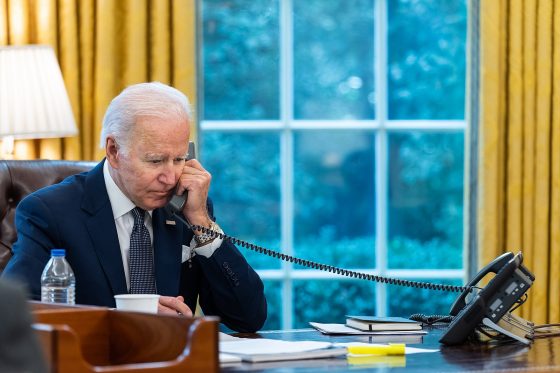 We have faced a lot of significant challenges in modern American history, but nobody will ever forget the economic horror that is breaking loose during Joe Biden’s time in the White House.  For years, we were warned that the policies that our leaders were pursuing would destroy the value of our currency and unleash rampant inflation.  Now it has happened.  For years, we were warned of a looming global energy crisis that would inevitably hit us.  Now it is here.  But what we have been through already is just the beginning.  The shortages that we are experiencing now will get worse.  Many of the ridiculously high prices that we are seeing now will seem like bargains by the end of the year.  And right now the U.S. economy appears to be rapidly slowing down at the exact same moment that economies all over the globe are moving in the wrong direction.  The CEO of Goldman Sachs just told us that “there’s going to be tougher economic times ahead”, and he is not exaggerating one bit.

On Thursday, the average price of a gallon of gasoline in the United States reached yet another brand new all-time record high…

US gas prices have hit a new high of $4.71, just a day after hitting the record as seven states top off at $5 a gallon as inflation soars.

If Americans don’t like paying about five bucks a gallon, how are they going to feel when it takes about 10 bucks to buy a gallon of gas?

Fortunately, we did just get a bit of good news that should provide some temporary relief…

OPEC and its oil-producing allies agreed on Thursday to hike output in July and August by a larger-than-expected amount as Russia’s invasion of Ukraine wreaks havoc on global energy markets.

OPEC+ will increase production by 648,000 barrels per day in both July and August, bringing forward the end of the historic output cuts OPEC+ implemented during the throes of the Covid pandemic.

Unfortunately, this isn’t really going to change the trajectory of where we are heading.

In fact, one energy expert says that this is essentially just a symbolic gesture…

“I wouldn’t call it a drop in the bucket. It’s basically a gesture… an important one symbolically,” he told CNN Business.

What we really need are long-term solutions, and there aren’t any on the horizon.

And the truth is that we aren’t just facing an oil crisis.  At this stage, the balance between supply and demand has reached a crisis point for all traditional forms of energy simultaneously…

“Now we have an oil crisis, a gas crisis and an electricity crisis at the same time,” Fatih Birol, head of the International Energy Agency watchdog group, told Der Spiegel in an interview published this week. “This energy crisis is much bigger than the oil crises of the 1970s and 1980s. And it will probably last longer.”

The global economy has largely been able to withstand surging energy prices so far. But prices could continue to rise to unsustainable levels as Europe attempts to wean itself off Russian oil and, potentially, gas. Supply shortages could lead to some difficult choices in Europe, including rationing.

What do you think the European economy will look like when there is widespread rationing of natural gas six months from now?

Can anyone out there answer that question?

We have never faced anything like this before, and one industry insider is referring to this as a “perfect storm”…

Joe McMonigle, secretary general of the International Energy Forum, said he agrees with this depressing forecast from the IEA.

“We have a serious problem around the world that I think policymakers are just waking up to. It’s kind of a perfect storm,” McMonigle, whose group serves as a go-between for energy producing and consuming nations, told CNN in a phone interview.

Isn’t it funny how that term keeps popping up?

For years, I warned that a “perfect storm” was coming over and over again, and now that term has constantly been in the news throughout this year.

Another element of the “perfect storm” that we are facing is the rapidly growing global food crisis.

Here in the United States, the bird flu pandemic that has erupted in 2022 has resulted in 38 million chickens and turkeys being wiped out.

As a consequence, the price of eggs has been soaring to unprecedented levels…

Did you ever imagine that you would be paying a dollar for a single egg?

I still remember when you could get an entire carton of eggs for one dollar.

Chicken meat and turkey meat will be getting more expensive too, and now we are being warned that shortages are coming.

In fact, the CEO of Hormel Foods is openly telling us that “large supply gaps in the Jennie-O Turkey Store will begin in the third quarter”…

A top US food processing company warned of an upcoming shortage of its turkey products at supermarkets following one of the worst bird flu outbreaks.

“Our Jennie-O Turkey Store team is facing an uncertain period ahead,” Hormel Foods Corporation CEO Jim Snee told investors in an earnings call. “Similar to what we experienced in 2015, (avian influenza) is expected to have a meaningful impact on poultry supplies over the coming months.”

Snee said the “large supply gaps in the Jennie-O Turkey Store will begin in the third quarter.” He said highly pathogenic avian influenza was confirmed in “our supply chain” in March.

In case you didn’t get the point of what he was saying, “large supply gaps” is a politically correct way of saying “widespread shortages”.

Speaking of shortages, the baby formula shortage in the United States is now worse than ever…

Even more stunningly, ten states now have shortage rates at 90% or greater, with Georgia hardest hit at 94%.

The Biden administration made a really big deal out of the fact that they were flying in baby formula from Europe, but once again that turned out to mostly be a symbolic gesture.

As economic conditions continue to deteriorate, an increasing number of Americans will fall into poverty and hunger.  In fact, according to NPR “demand at food banks is way up again”, and many of those food banks are already at a crisis point…

Fitzgerald, of Feeding America, says providers around the country are dipping into emergency reserves, switching to cheaper products, limiting how often people can visit or how much food they can get, and “stretching their inventory to be able to meet more people’s needs.”

If our food banks are in such distress now, what will things be like six months or a year from today?

Because the truth is that food supplies are only going to get tighter.

The U.S. winter wheat harvest potential in Kansas has dipped by more than 25% because of severe drought, and farmers in the state may leave thousands of acres of wheat in fields this year instead of paying to harvest the grain hit by the dry winter.

Looking ahead, a lot less wheat is being planted for the coming growing season because of extremely bizarre weather patterns in some areas.

For example, the amount of wheat that is currently being planted in North Dakota is expected to be the smallest ever recorded…

Some farmers in North Dakota are unable to plant as much wheat as they normally would because of heavy rain across the state.

Government data shows the state is expected to plant wheat over the smallest recorded share of its farmland.

For much more on why U.S. food production is going to continue to shrink in the months ahead, please see this article.

The bottom line is that we are facing really severe problems that are not going to go away any time soon.

And if you are waiting for Joe Biden to come to the rescue, you are going to be waiting for a very long time…

The president of the United States says he understands that inflation is impacting family budgets. But on Wednesday, he said he’s not “aware” of any “immediate action” that would reduce food and fuel prices.

“[W]e can’t take immediate action, that I’m aware of yet, to figure out how we bring down the price of gasoline back to three dollars a gallon. And we can’t do that immediately with regard to food prices, either,” Biden said.

A historic economic nightmare is here, and the guy in the White House is all out of answers.

So buckle up and try to enjoy the ride.

The months ahead are going to be quite chaotic, and you probably don’t even want to think about what is coming after that.