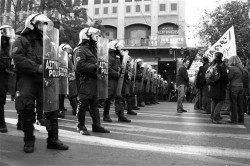 The unemployment rate in the eurozone is now 10.7 percent.  That is the highest the unemployment rate has been since the introduction of the euro.  The unemployment rate in the eurozone never got any higher than 10.2 percent during the last recession.  This is very troubling news.  It was just recently announced that the eurozone has entered another recession, and already the unemployment rate is hitting new record highs.  So how bad are things going to get in the months to come?  The truth is that the problems for Europe are just starting.  The European sovereign debt crisis continues to get worse, and another major global financial crisis is going to be here way too soon.  The EU as a whole has a larger population, a larger banking system and more Fortune 500 companies than the United States does.  When the financial system of Europe crashes, the entire world is going to feel it.

Some of the unemployment numbers coming out of Europe are absolutely staggering.

Unemployment in Spain is 19.9 percent.

Unemployment in Greece is 23.3 percent.

And when you look at youth unemployment the numbers are far worse.

The unemployment rate for workers under the age of 25 is 48.1 percent in Greece and 49.9 percent in Spain.

If you look carefully at the photos of the austerity riots happening in Spain and in Greece you will notice that the vast majority of the protesters are young people.

Instead of getting better, the unemployment numbers in Europe just keep getting worse.  Many analysts were shocked by these new numbers.  The following is from a CNN article….

“This is appalling,” said Carl Weinberg, chief economist at High Frequency Economics, highlighting that the unemployment rate following the collapse of Lehman Brothers peaked at 10.2%.

But there are quite a few signs that the “moment of reckoning” for Europe is rapidly approaching….

-The European Central Bank announced on Tuesday that it would no longer take Greek bonds as collateral from European banks. That is a really bad sign.

-Major European banks are revealing unexpectedly huge losses on Greek debt.  The following is from a Reuters article….

The scars of Greece’s debt crisis were laid bare in heavy losses from a string of European banks on Thursday, and bosses warned the region’s precarious finances would continue to threaten economic growth and earnings.

From France to Germany, Britain to Belgium, four of the region’s biggest banks lined up to reveal they lost more than 8 billion euros (6.8 million pounds) last year from their Greek bonds holdings.

“We are in the worst economic crisis since 1929,” Credit Agricole chief executive Jean-Paul Chifflet said.

-The International Swaps and Derivatives Association has ruled that the Greek debt deal will not trigger payouts on credit default swaps.  This is going to make it less likely that private bondholders will voluntarily agree to the debt deal.

This ruling is also seriously shaking confidence in credit default swaps.  After all, they are supposed to be “insurance” in case something happens.  But if they aren’t going to pay out when you need them, what good are they?

-Voters in Germany are sick and tired of pouring money into a black hole.  One recent opinion poll in Germany showed that Germans are overwhelmingly against more bailouts for Greece.

Some German politicians are becoming very open about their feelings for Greece.  For example, Interior Minister Hans-Peter Friedrich said the following in a recent interview with Der Spiegel….

“Greece’s chances to regenerate itself and become competitive are surely greater outside the monetary union than if it remains in the euro area.” He added that he did not support a forced exit. “I’m not talking about throwing Greece out, but rather about creating incentives for an exit that they can’t pass up.”

-In Greece, news publications are openly portraying German Chancellor Angela Merkel as Hitler.  Far left political parties that oppose the bailouts are surging in the polls and anger and frustration are reaching unprecedented levels.

The following is from a recent article in The Guardian….

There is a growing animosity towards Germany on the streets of Athens. Angela Merkel bears most of the hostility with one of Greece’s newspapers last week mocking the chancellor up as a Nazi on its front page.

Niki Fidaki, 40, says Greeks are angry at Germany and the troika’s demands for higher taxes and public services cuts. “People can’t afford to pay the tax. My pay has gone down, but my taxes have gone up. But, I’m a lucky one – half of my friends don’t have jobs. Greeks hate that they are asking us to pay all the time when we don’t have the money. Families have no work, they have kids to look after but no money to pay for anything.”

As I have written about before, Greece is already going through a devastating economic depression.  The people of Greece are not in the mood to be pushed much further.

The eurozone is a powder keg that could explode at any time.

So why is the U.S. economy doing so much better than the European economy right now?

Well, a big reason is because we haven’t seen any austerity in the United States yet.

Barack Obama is funding our false prosperity by borrowing 150 million dollars an hour from our children and our grandchildren.

Of course all of this reckless borrowing is going to make the eventual collapse of our financial system far worse, but right now Americans don’t seem to care.  The only thing the mainstream media seems to care about is that some of our economic numbers are getting slightly better.

The sad thing is that our government is spending a lot of this money on some of the most stupid things that you could possibly imagine.

Did you know that the Obama administration just spent $750,000 on a brand new soccer field for detainees held at Guantanamo Bay?

I would love that.

Look, when the federal government quits stealing more than a trillion dollars a year from future generations things are going to look a whole lot different in this country.

So pay attention to what is going on in Europe.

That is where we are headed eventually. 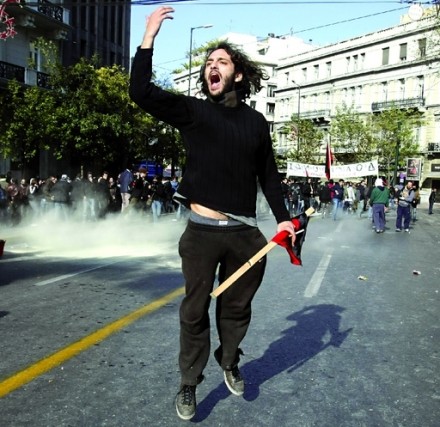