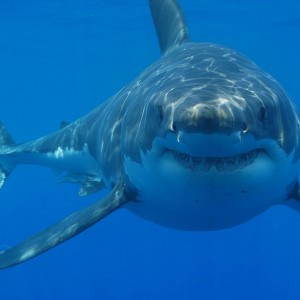 Have you ever seen a disaster movie that is so bad that it is actually good?  Well, that is exactly what Syfy’s new television movie entitled “Sharknado” is.  In the movie, wild weather patterns actually cause man-eating sharks to come flying out of the sky.  It sounds absolutely ridiculous, and it is.  You can view the trailer for the movie right here.  Unfortunately, we are witnessing something just as ridiculous in the real world right now.  In the United States, the mainstream media is breathlessly proclaiming that the U.S. economy is in great shape because job growth is “accelerating” (even though we actually lost 240,000 full-time jobs last month) and because the U.S. stock market set new all-time highs this week.  The mainstream media seems to be absolutely oblivious to all of the financial storm clouds that are gathering on the horizon.  The conditions for a “perfect storm” are rapidly developing, and by the time this is all over we may be wishing that flying sharks were all that we had to deal with.  The following are 10 reasons why the global economy is about to experience its own version of “Sharknado”…

#1 The financial situation in Portugal continues to deteriorate thanks to an emerging political crisis.  It all began last week when Portuguese finance minister Vitor Gaspar resigned…

“Mr. Gaspar’s resignation on July 1 has opened a Pandora’s box,” says Nicholas Spiro, managing director of Spiro Sovereign Strategy. “Portuguese politicians from the President down are treating the exit of Mr. Gaspar, the architect of the fiscal and structural reforms demanded by the troika, as a green light for a public debate about the bail-out programme. Yet the manner in which this debate is taking place, with the President undermining the prime minister and the opposition leader seeking to renegotiate the terms of the programme, is spooking markets.”

The general population is becoming increasingly restless as the nation plunges down the exact same path that Greece has gone.  Nobody seems to have any solutions as the economic problems continue to escalate.  According to Reuters, the president of Portugal has added fuel to the fire by calling for early elections next year…

Portugal’s president threw the bailed-out euro zone country into disarray on Thursday after rejecting a plan to heal a government rift, igniting what critics called a “time bomb” by calling for early elections next year.

Due to all of this instability in Portugal, the yield on Portuguese bonds shot up to 7.51% this week.  That is a very bad sign.

#2 The economic depression in Greece continues to deepen, and it is being reported that Greece will not even come close to hitting the austerity targets that it was supposed to hit this year…

A leaked report from the European Commission confirms that Greece will miss its austerity targets yet again by a wide margin. It alleges that Greece lacks the “willingness and capacity” to collect taxes. In fact, Athens is missing targets because the economy is still in freefall and that is because of austerity overkill. The Greek think-tank IOBE expects GDP to fall 5pc this year. It has told journalists privately that the final figure may be -7pc.

Another 7 percent contraction for the Greek economy?

It has already been contracting steadily for years.

At this point, it would be hard to overstate how bad economic conditions inside Greece are.  The following is from a recent article by Simon Black…

My friend Illias took a drag of his cigarette as he contemplated my question.

“Our government tells us that this will be a better year. No one really believes them. But all we can do is be optimistic. Too many people are committing suicide.”

His statement probably best sums up the situation in Greece right now. It’s as if the hopelessness has gone stale, and the only thing they have to replace it with is desperate, misguided, faux-optimism. And anger.

There are roughly 11 million people in this country. 3.4 million of them are employed, of which roughly one third work for the government.

1.34 million people are ‘officially’ unemployed. To put this in context, it would be as if there were 36 million officially unemployed in the US.

More startling, if you add the number of ‘inactive’ workers (i.e. those who gave up looking), the total number of unemployed is roughly 57% of the entire Greek work force.

#3 The economic crisis in the third largest country in the eurozone, Italy, has taken another turn for the worse.  The unemployment rate in Italy is up to 12.2 percent, which is the highest in 35 years.  An average of 134 retail outlets are shutting down in Italy every single day, and the debt of the country has been downgraded again to just above junk status…

Italy’s slow crisis is again flaring up. Its debt trajectory has punched through the danger line over the past two years. The country’s €2.1 trillion (£1.8 trillion) debt – 129pc of GDP – may already be beyond the point of no return for a country without its own currency.

Standard & Poor’s did not say this outright when it downgraded the country to near-junk BBB on Tuesday. But if you read between the lines, it is close to saying the game is up for Italy.

#4 There are rumors that some of the biggest banks in the world are in very serious trouble.  For example, Jim Willie (a financial writer who usually puts out really solid information) is insisting that Deutsche Bank is on the verge of collapse…

The best information coming to my desk indicates that three major Western banks are under constant threat of failure overnight, every night, forcing extraordinary measures to avoid failure. They are Deutsche Bank in Germany, Barclays in London, and Citibank in New York. Judging from the ongoing defense from prosecution and cooperation (flipped) with Interpol and distraction of resources, the most likely bank to die next is Deutsche Bank. They are caught with accounting fraud and outright financial fraud over collateral shell games, pertaining to USTreasury Bonds, other sovereign bonds in Southern Europe, and OTC derivatives linked to FOREX currency contracts. D-Bank is a dead man walking.

Time will tell if he is right.  But without a doubt the global financial system is extremely vulnerable right now.

Most Americans assume that the problems that caused the financial crash of 2008 were fixed, but that is most definitely NOT the case.  In fact, our financial system is far more shaky today than it was just before the last financial crisis.  When one major bank goes down, we could start to see others fall like dominoes.

#5 Just before the financial crisis of 2008, the price of oil spiked dramatically.  Well, it is starting to happen again.  The price of oil hit $106 a barrel on Friday.  If the price of oil continues to rise at this pace, it is going to mean big trouble for economies all over the planet.

And as I wrote about recently, every time the average price of a gallon of gasoline in the United States has risen above $3.80 during the past three years, a stock market decline has always followed.

The average price of a gallon of gasoline in the United States reached $3.55 on Friday.  This is a number to keep a close eye on.

The average U.S. rate on the 30-year fixed mortgage rose this week to 4.51%, a two-year high. Rates have been rising on expectations that the Federal Reserve will slow its bond purchases this year.

Mortgage buyer Freddie Mac said Thursday that the average on the 30-year loan jumped from 4.29% the previous week. Just two months ago, it was 3.35% — barely above the record low of 3.31%.

This threatens to throw the U.S. real estate market into a slowdown worse than anything we have seen since the last recession.

#7 This upcoming corporate earnings season is shaping up to be an extremely disappointing one.  In fact, the percentage of companies issuing negative earnings guidance for this quarter is at a level that we have never seen before.

So is this a sign that economic activity is starting to slow down significantly?

#8 U.S. stocks are massively overextended right now.  In fact, according to Graham Summers, this is the most overextended stocks have been in the past 20 years…

Today, the S&P 500 is sitting a full 30% above its 200-weekly moving average. We have NEVER been this overextended above this line at any point in the last 20 years.

#9 Rapidly rising interest rates are causing the bond market to begin to come apart at the seams.  There is concern that the 30 year bull market for bonds is now over and investors are starting to pull their money out of the market at a staggering rate.  In fact, 80 billion dollars was pulled out of bond funds during June alone.

#10 Rapidly rising interest rates could cause an implosion of the derivatives market at any moment.  As I am so fond of reminding everyone, there are approximately 441 trillion dollars worth of interest rate derivatives out there.

If interest rates continue to soar, we could potentially see a financial disaster that is absolutely unprecedented, and the too big to fail banks would be the most vulnerable.

As USA Today recently reported, there are just five major banks that absolutely dominate derivatives trading in the United States…

Five of the biggest U.S. banks — JPMorgan, Goldman Sachs Group Inc., Bank of America Corp., Citigroup Inc. and Morgan Stanley — account for more than 90% of derivatives contracts. Regulators estimate that nearly half of derivatives are traded outside the United States.

Could you imagine the financial devastation that we would see if several of those banks started to collapse at the same time?

When you hear the mainstream media begin to talk about a “derivatives crisis” involving major banks, that will be a sign that disaster is upon us.

All it is going to take is one false step and we will be looking at a financial crisis even worse than what happened back in 2008.

So enjoy this little bubble of false prosperity while you can.

It is not going to last for too much longer.