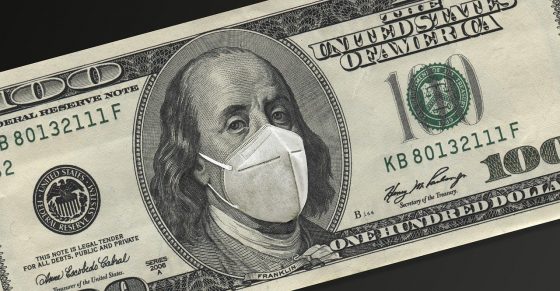 Hardly anyone expected that things would get this bad in 2020.  Once the pandemic hit and states all over the country started instituting lockdowns, economic activity collapsed dramatically.  U.S. GDP was down 31.4 percent during the second quarter of 2020, and that was a drop without parallel in all of U.S. history.  In fact, that decline was more than three times as large as the previous record.  But eventually states started to “reopen” their economies, and U.S. GDP for the third quarter is expected to show a significant rebound when the numbers are finally released.  Of course we still aren’t even close to where we used to be, but at least things weren’t as bad as they were in the second quarter.  But now as the fourth quarter begins, it appears that economic conditions are heading back in the wrong direction again.  The following are 15 signs that America’s economic depression is accelerating as we head toward the holiday season…

#1 All 546 Regal Cinema theaters in the United States are being shut down, and right now there is no timetable for reopening them.

#2 It is being reported that AMC Entertainment (the largest movie theater chain in the U.S.) will “run out of liquidity” in 6 months.

#3 Over the weekend, I was told by someone that works in the industry that he expects most movie theaters in the country to eventually close down permanently because of this pandemic.

#4 The average rent on a one bedroom apartment in San Francisco is 20.3 percent lower than it was one year ago.

#5 During the 3rd quarter, the number of vehicles delivered by General Motors was down about 10 percent from a year ago.

#6 It is being reported that Anheuser-Busch will be laying off 400 employees in Loveland, Denver, Littleton and Colorado Springs.

#7 Allstate has just announced that they will be laying off 3,800 workers.

#8 JCPenney says that it will be cutting approximately 15,000 jobs as we approach the holiday shopping season.

#9 At least one-fourth of the 28,000 layoffs that Disney will be conducting will happen in Florida.

#11 On Thursday, we learned that another 787,000 Americans filed new claims for unemployment benefits during the previous week.

#12 Overall, more than 60 million Americans have filed new claims for unemployment benefits so far in 2020.  That number is far higher than anything we have ever seen before in all of U.S. history.

#13 Retail store closings in the United States continue to surge along at a pace that is absolutely unprecedented.

#15 This number is hard to believe, but it is being reported that almost 90 percent of New York City bar and restaurant owners couldn’t pay their full rent for the month of August.

None of this was supposed to happen.

By now, we were supposed to be well into a “V-shaped recovery” that would soon have Americans forgetting all about the dark days in the middle of 2020.

But instead, millions upon millions of Americans have lost their jobs and are facing a deeply uncertain future.  One of those Americans is an unemployed cook named Juan Jose Martinez Camacho…

Juan Jose Martinez Camacho, 59, has been a cook for 30 years, since he was asked to fill in one day when he was working as a dishwasher in a restaurant.

He has worked as a cook at the Crowne Plaza in Redondo Beach, California, for 22 years. When he was laid off on March 23, he was thinking it would be only two or three months before things got back to normal. But late last month he was notified he had permanently lost the job, which paid $22 an hour. He has been looking for other cooking jobs without any luck.

Can you imagine doing the same thing for 30 years and suddenly being out of a job?

Like most Americans, he assumed that the pandemic would soon pass and he would be going back to his old routine.

But that hasn’t happened, and so he is among the millions of restaurant workers that are not bringing in any income right now.

With so many Americans out of work, food banks around the country have been dealing with a tsunami of demand.  In previous articles, I have written about the absolutely massive lines that we have been seeing in certain portions of the nation.  In some cases, people have started lining up at 2 AM in the morning and the lines have gotten up to 2 miles long.

And every week we see more gigantic lines at food banks all over America.  The following is how one local news source described the massive lines that have been consistently forming in the state of Texas…

Thousands of cars form tightly packed lines across the state every week now to receive food. From Chihuahuan Desert border towns and cities to the staked plains of the panhandle, across the piney wood of deep East Texas, down to the Rio Grande and back cars stack, growing into steel and fiberglass caterpillars, hungry.

These events have distributed tens of millions of pounds of food over the past six months.

If you still have your job and you haven’t been forced to visit a food bank during this crisis, you should be thankful for your blessings.

Just like in the 1930s, we are witnessing colossal lines for food all over the nation, and this is just the beginning.

If you have been waiting for a “recovery”, you can stop waiting, because what we witnessed during the third quarter was about all the “recovery” that we are going to get.

Now we are less than a month away from a presidential election that promises to be incredibly chaotic, and the extremely deep divisions that already exist in our nation are likely to get even worse.  Many believe that this election will produce even more civil unrest, and that will likely depress economic activity even further.

I truly wish that economic conditions would “return to normal” and that all of us could get back to our old patterns.

But there isn’t going to be any “return to normal” any time soon.