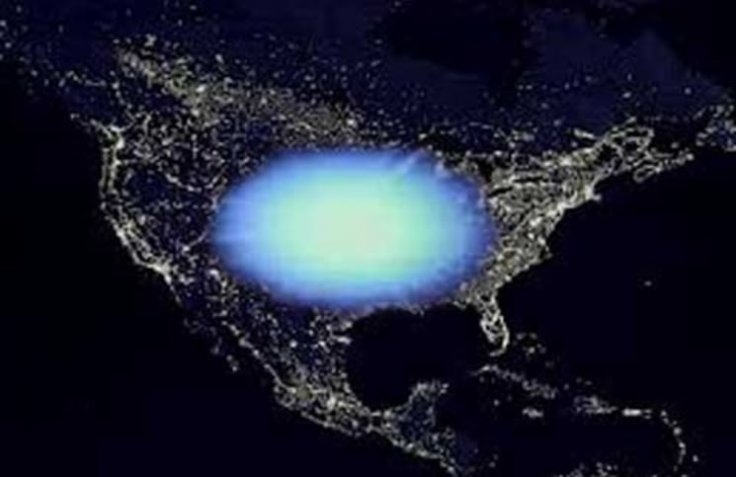 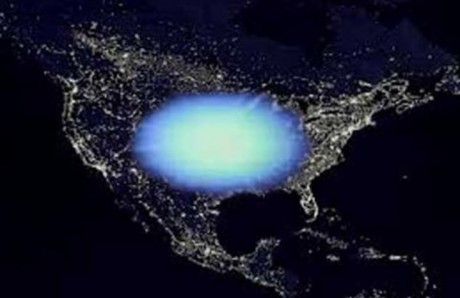 What would America look like with absolutely no electricity?  Could you survive in a world with no lights, no cell phones, no computers, no televisions, no ATMs, no cash registers and no refrigerators?  Such a world is not as far away as you might think.  A very powerful nuclear blast directly over the center of the continental United States could potentially fry electronic equipment from coast to coast, and it would take months or even years to fully restore power.  During that time, the entire country would be plunged into chaos and experts tell us that tens of millions of Americans would die.  But even if we are never attacked by a nuclear weapon in that manner, scientists assure us that it is inevitable that a massive electromagnetic blast from the sun will produce a similar result someday anyway.  In fact, back in 1859 a giant solar storm that came to be known as “the Carrington Event” fried telegraph machines all across North America and Europe.  If a similar event happened today, life as we know it would be brought to an abrupt halt, and chaos would ensue from coast to coast.

In two days, a bold new movie will be released in theaters that portrays what the aftermath of such an event would look like in this country.  It is entitled “AMERIGEDDON”, and it was directed by Mike Norris, the son of Chuck Norris.  You can view the official trailer for the film right here…

I wish that more movies like this would come out, because most of what Hollywood produces these days is absolute garbage.  Our entertainment-addicted society needs films like this that educate and inform, and I hope that as many Americans as possible get a chance to see it because this threat is very real.

In 2001, Congress established a commission to study the EMP threat, and those on the commission examined this problem quite extensively for a number of years.  In 2008, members of the commission reported to Congress that they had come to the conclusion that the consequences of such an event would be absolutely catastrophic for this nation…

In 2008, the commission warned that “a high altitude nuclear explosion is one of a small number of threats that can hold our society at risk of catastrophic consequences.” If such an attack were to cause a nationwide blackout lasting as long as a year, up to 90 percent of the American people could die due to starvation, disease and societal collapse.

Personally, I think that the 90 percent figure is too high.

But what if it was just 50 percent of all Americans that died?  We are still talking about the most horrific disaster in U.S. history by a very wide margin, and it would essentially mean the end of the Republic.

So what has Congress done about this threat?

Next to nothing, and this has many of the experts quite upset.

One of them is former CIA analyst Peter Vincent Pry.  He now serves as the executive director of the EMP Task Force on National and Homeland Security, and he recently had the following to say about the threat that we are potentially facing…

Ours is an electronic civilization.  Electricity runs everything, including the economy.  Electricity sustains the lives of 320 million Americans.

Terrorists could inflict “The greatest injury on the greatest number” by attacking the national electric grid and blacking-out all the life sustaining critical infrastructures.

A nationwide blackout would, in effect, turn the “off switch” for the United States.  A terror blackout that lasts one year could kill so many people and cause such chaos that the lights might never come back on.

No less than two congressional commissions, the EMP Commission (2008) and the Strategic Posture Commission (2009) and numerous independent studies, including the recent books Lights Out and Blackout Wars, warn that an attack on the grid is an existential threat. A terror blackout could have such catastrophic consequences as to challenge the continued existence of our civilization.

And remember, no attack is even necessary in order for the power grid to be brought down.  In fact, most Americans have absolutely no idea that our planet barely missed being fried by a massive EMP burst from the sun in both 2012 and 2013.  Those two “near misses” were both extremely close, and if either of them had hit us directly you would not be reading this article today.

So please help spread the word about this new movie.  Here is some more information about it that comes directly from the official website…

AMERIGEDDON, coming to theaters nationwide May 13, 2016, has been described as “the movie the establishment doesn’t want you to see.” Showing what happens when a not-so-future U.S. government conspires with the United Nations to stage an attack on the energy grid, AMERIGEDDON depicts a country ruled by martial law in which citizens are stripped of their constitutional rights and their guns. A group of patriots fight back and rescue the country from slipping into irreversible chaos.

AMERIGEDDON’s release in an election year is not coincidental. The film illustrates a dystopian future all patriots must guard against and is a call to action to preserve the Second Amendment and stop executive rule by fiat. Director Mike Norris, son of Chuck Norris, asks for like-minded Americans to support the film.

“The fact that a recent poll showed a majority of Americans are enraged with the federal government points to a frenzy of unrest with the dictatorial way in which our country has been run,” said Norris. “My family has long been involved in protecting the rights of Americans. We are concerned about the future and and see this film as a call to action. We urge people to join us in theaters and show Hollywood and politicians that true patriots will fight for their rights and want to see their values represented on-screen.”

A collaboration between Norris and entrepreneur and writer Gary Heavin, AMERIGEDDON seizes on fact-based threats and asks the ultimate question, “What happens when government turns on the people it’s supposed to protect?”

The sad thing is that the experts tell us that we could go a long way toward protecting our power grid from an EMP event for just a few billion dollars.

But there is absolutely no urgency among our leaders to get this done.  They would rather waste our tax dollars in thousands of other ways.

And unfortunately, there is not much urgency to address this threat among ordinary Americans either.  There are a variety of reasons for this, but I would like to touch on one.  There seems to be a belief among many Americans that God would never allow something this bad to happen to us since we are so special.  Of course this is complete nonsense, and anyone that doubts this should check out my new article in which I point out the parallels between modern America and Nazi Germany.

The executive producer of AMERIGEDDON, Gary Heavin, also pointed out the absurdity of this belief during a recent appearance on one of the biggest Christian shows in America…

Over the years, I have repeatedly written about this EMP threat.  There is a chapter in “Get Prepared Now” about it, and I extensively warn that a day of reckoning is coming for America in my new book.

Sadly, most people are not listening.

Most people just seem to believe that everything is going to be okay somehow.

But as far as this EMP threat is concerned, the experts assure us that it is absolutely certain that a massive burst from the sun will inevitably fry our electronics someday even if we are never attacked with a nuclear device.  In addition, sources in the intelligence community are telling us that foreign hackers are becoming increasingly sophisticated and that someday they could bring down our power grid with just the push of a button.  This is something that Ted Koppel is so alarmed about that he wrote an entire book about it.

So I don’t know why Barack Obama doesn’t want to do anything about this.

And I certainly can’t figure out why Congress doesn’t want to do anything about this.

It is almost as if a cloud of insanity has descended upon the land and nobody can think straight.

Let us hope that our leaders wake up and start addressing this threat, because someday we will most certainly have to deal with an event of this nature.