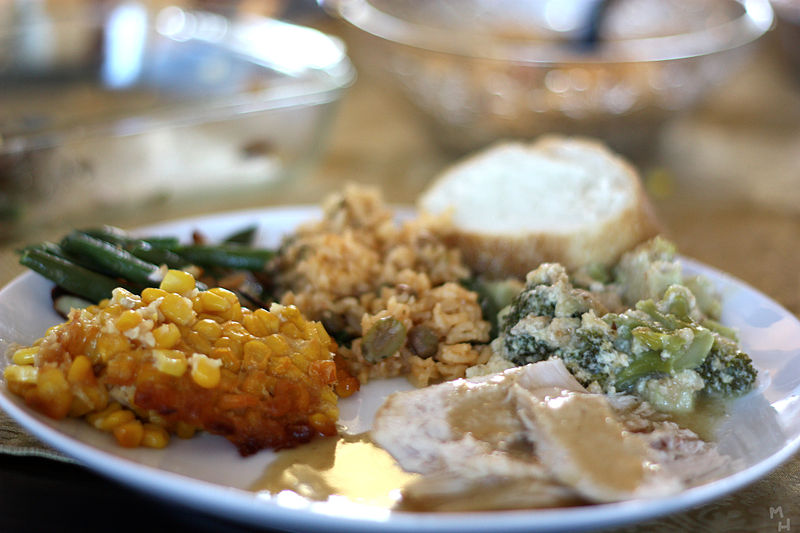 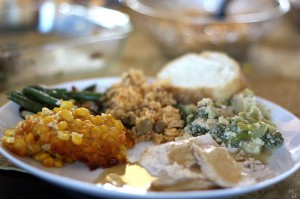 Are you in better shape financially than you were last Thanksgiving?  If so, you should consider yourself to be very fortunate because most Americans are not.  As you chow down on turkey, stuffing and cranberry sauce this Thursday, please remember that there are millions of Americans that simply cannot afford to eat such a meal.  According to a shocking new report that was just released by the National Center on Family Homelessness, the number of homeless children in the U.S. has reached a new all-time high of 2.5 million.  And right now one out of every seven Americans rely on food banks to put food on the table.  Yes, life is very good at the moment for Americans at the top end of the income spectrum.  The stock market has been soaring and sales of homes worth at last a million dollars are up 16 percent so far this year.  But most Americans live in a very different world.  The percentage of Americans that are employed is about the same as it was during the depths of the last recession, the quality of our jobs continues to go down, the rate of homeownership in America has fallen for seven years in a row, and the cost of living is rising much faster than paychecks are.  As a result, the middle class is smaller this Thanksgiving than it was last Thanksgiving, and most Americans have seen their standards of living go down over the past year.

In 2014, there are tens of millions of Americans that are anonymously leading lives of quiet desperation.  They are desperately trying to hold on even though things just keep getting worse.  For example, just consider the plight of 49-year-old Darrell Eberhardt.  Once upon a time, his job in a Chevy factory paid him $18.50 an hour, but now he only makes $10.50 an hour and he knows that he probably would not be able to make as much in a new job if he decided to leave…

For nearly 20 years, Darrell Eberhardt worked in an Ohio factory putting together wheelchairs, earning $18.50 an hour, enough to gain a toehold in the middle class and feel respected at work.

He is still working with his hands, assembling seats for Chevrolet Cruze cars at the Camaco auto parts factory in Lorain, Ohio, but now he makes $10.50 an hour and is barely hanging on. “I’d like to earn more,” said Mr. Eberhardt, who is 49 and went back to school a few years ago to earn an associate’s degree. “But the chances of finding something like I used to have are slim to none.”

But there are many men out there that would absolutely love to switch positions with Darrell Eberhardt.  At this point, one out of every six men in their prime working years (25 to 54) does not have a job.  That is an absolutely crazy number.

And of course just because you “have a job” does not mean that things are going well.  The number of Americans that are “working part-time involuntarily” has risen by over 50 percent since the beginning of the last recession.  There are millions of hard working Americans that would love to get a full-time job if they could land one.  But these days “decent jobs” are in short supply.

Meghan would love to be a music teacher or play full-time in an orchestra. She studied music at Loyola University in New Orleans and plays the flute.

Instead, Meghan works a slew of part-time jobs and receives no benefits.

She is a cashier at Whole Foods, a substitute teacher, a flute tutor and an administrative assistant at a non-profit.

Even with all of her hard work, Brachle and her husband often really struggle to pay the bills…

With inconsistent hours, Meghan monthly income fluctuates between $1,000 and $3,000. Even with her husband’s teaching salary, the couple sometimes struggles to cover the $3,600 of monthly expenses they have.

“It’s very stressful,” Meghan, a college graduate, says. “I think about all the job applications I’ve turned in and all the interviews I’ve been on and all the other people who are in the same situation, looking for those same [full-time] jobs. It’s frustrating.”

Sadly, a lot of these part-time employers know that their employees desperately need these jobs and are using that leverage to treat them very poorly.

For example, it is being reported that any KMart employees that do not show up for work on Thanksgiving will be automatically fired.

What kind of nonsense is that?

And around the country at Wal-Mart stores, food drives are being held for “needy employees“.

So why wouldn’t Wal-Mart just pay their workers enough so that they could afford to take care of themselves in the first place?

Most people don’t realize this, but approximately one out of every four part-time workers in America is currently living below the poverty line.  Many of them are working as hard as they can and still can’t make enough to take care of themselves.

Meanwhile, our paychecks are getting stretched further and further with each passing month.

When you don’t make much money, every dollar is precious.  And when food prices go up substantially, it can be very painful.  Unfortunately, that is precisely what is happening right now…

-From September to October, the price of a pound of Turkey rose from $1.58 to $1.66.  That represents a 5.2 percent price increase in just one month.

-The price of a pound of ground beef has just risen to a brand new record high of $4.15 a pound, and more price increases are on the way.  The U.S. Department of Agriculture is projecting that U.S. beef production will drop by another 1 billion pounds next year due to a variety of factors including the horrific multi-year drought out west.

-The entire planet is bracing for a huge chocolate shortage, and this threatens to push the price of chocolate beyond the reach of many American families…

Start hoarding those Hershey’s Kisses and stockpile your Snickers: The world could soon experience a chocolate shortage.

Mars Inc. and Barry Callebaut, two of the world’s largest chocolate makers, say that’s the path we’re headed down. They cite a perfect storm of factors: Less cocoa is being produced as more and more people are devouring chocolate.

In 2013, consumers ate about 70,000 metric tons more cocoa than was produced, The Washington Post reports, and that deficit could go up to 1 million metric tons by 2020. The Ivory Coast and Ghana produce more than 70 percent of the world’s cacao beans, and both countries are experiencing dry weather that limits growth. To make things worse, a fungal disease called frosty pod has destroyed 30 to 40 percent of global cocoa production.

As a result of all of the things that I have just discussed above, more Americans than ever are being forced to turn to the government for assistance.  Today, the number of Americans getting a check from the government each month is at an all-time high, and at this point Americans collectively get more money from the government than they pay in taxes.  For much, much more on this, please see my recent article entitled “21 Facts That Prove That Dependence On The Government Is Out Of Control In America“.

So if things are going well for you this Thanksgiving, you should be truly thankful.

For most of the country, things just continue to get even worse.  And if the next major wave of our economic crisis arrives next year like many are projecting, this may just be the beginning of our economic pain.