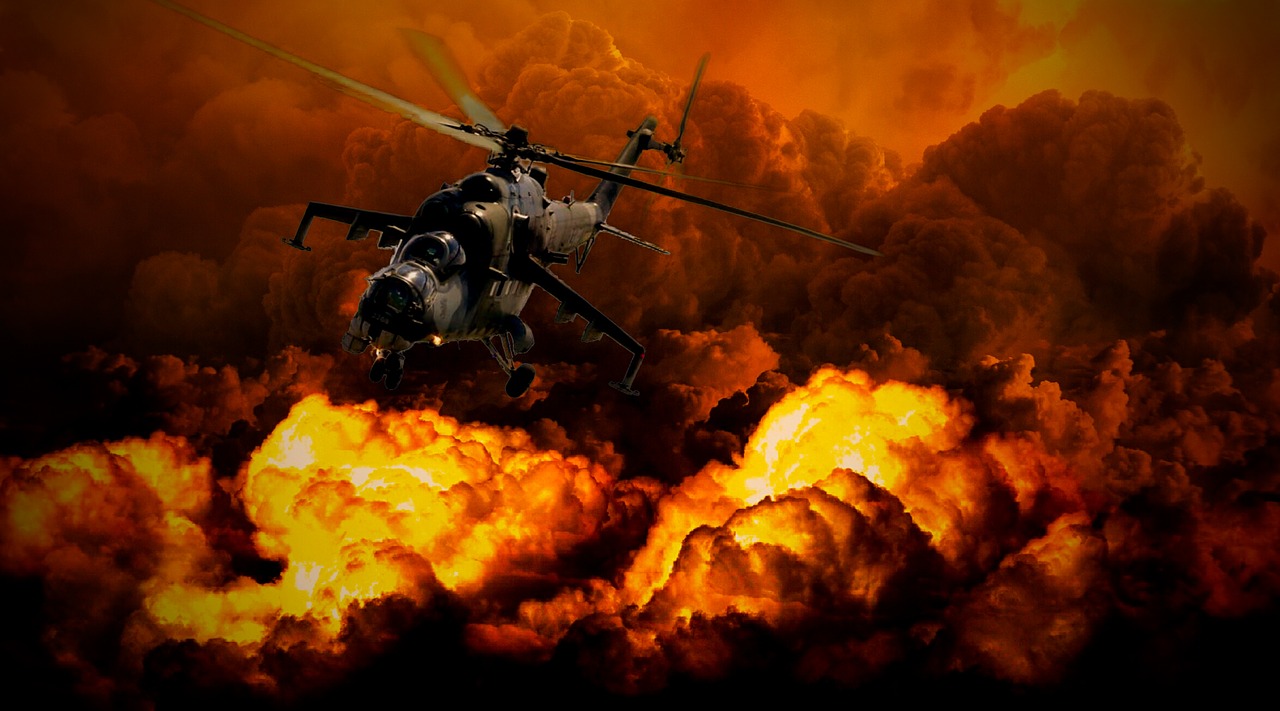 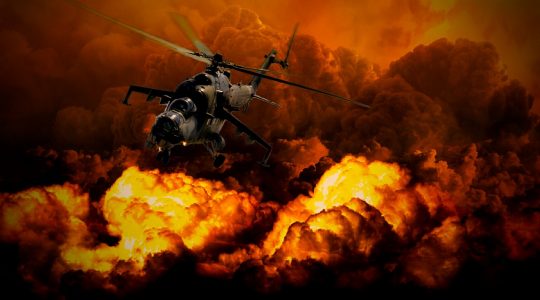 The winds of war are blowing once again, and it isn’t going to take much to spark a major conflict in the Middle East.  This week is the eighth anniversary of the beginning of the civil war in Syria, and after the nightmare that the people of Syria have been through, you would think that the Assad regime would be eager for peace.  But instead, Assad appears to be ready to go for broke.  If Syria can spark a Middle East war that results in the complete destruction of Israel, Assad would be remembered as a hero in the Islamic world forever.  Instead of a legacy of civil war and crushing poverty, Assad’s legacy would be one of wartime leader that brought total victory over Syria’s most hated enemy.  But of course such a conflict would be a huge risk, because if it went badly the city of Damascus would be completely flattened and the nation of Syria as we know it today would be entirely destroyed.  And considering how overwhelmingly powerful the Israeli military is, it would seem to be a very foolish risk to take.  Unfortunately, Assad does not appear to be thinking rationally.  On Thursday, Syria officially threatened “to attack Israel unless it withdraws from the Golan Heights”.  The following comes from the Jerusalem Post…

Of course Israel is never going to leave the Golan Heights.  We all know how Israeli Prime Minister Benjamin Netanyahu feels, and on Monday his main opposition in the upcoming election expressed similar sentiments…

Blue and White party politicians Gabi Ashkenazi, Yair Lapid, Benny Gantz and Moshe Ya’alon visited the Golan Heights on Monday and vowed never to give it up.

“We will increase the numbers of residents in the Golan, sending a resounding message to all – we will never relinquish the Golan Heights,” Gantz said.

Let us hope that Syria is bluffing, because if Syria attacks the Golan Heights it will start a war.

And it is a war that Syria could not possibly hope to win on their own.  But Assad doesn’t plan to take on Israel by himself.

Over the last several months, Israel has repeatedly attacked Iranian forces inside Syria.  The Iranians have been fighting on Assad’s side in the Syrian civil war, and the Israelis are afraid that when everything is all said and done that the nation of Syria will end up being totally dominated by Iran.  The following comes from Haaretz…

For Iran, its domination of Syria is key to achieving its long-standing dream of a “Shiite crescent,” extending through Iraq, Syria and Lebanon, to the Mediterranean and of establishing a permanent ground, air and naval presence on Israel’s border. Iran’s ability to do so has been impeded to date only by the small and dwindling U.S. force in eastern Syria and hundreds of Israeli airstrikes that have, so far, successfully thwarted Iran’s efforts.

Although Israel has become a powerful and essentially secure state, capable of demonstrating restraint in the face of the many challenges it faces, this would constitute a dire and unacceptable change in the balance of power, one that Israel cannot tolerate and must prevent – even at the expense of war.

The Iranians have stated that they are no longer going to tolerate Israeli airstrikes, and their military leadership is fully ready to go to war.  If war does erupt between Israel and Syria, it seems very unlikely that Iran would stay out of it.

And without a doubt, Iranian targets would be among the first to get hit in a war between Israel and Syria, and the Netanyahu administration has been very clear that Israel is preparing for a war with Iran…

Although Israeli officials tried to soften the reference by altering the English translation, the provocative comment was likely to further the perception that Israel, its Gulf Arab neighbors and the United States are interested in using military action to topple the government of Iran. It comes at a particularly delicate moment, as the Trump administration uses a U.S.-organized summit in Warsaw and this week’s 40th anniversary of the Iranian Revolution to try to rally the world against the government in Tehran.

Such a war would be incredibly bloody, and the moment that missiles began to fall on Tel Aviv the Israelis would not hesitate to use nukes on Damascus and Tehran.

Meanwhile, the situation in Venezuela continues to unravel as well.  Sunday was the fourth day for the nationwide blackout, and Nicolas Maduro is blaming the failure of the power grid on a U.S. cyberattack…

Socialist President Nicolas Maduro – who is facing a challenge to his rule by the leader of the opposition-led congress, Juan Guaido – has blamed the blackout on an act of “sabotage” by the United States at the Guri hydroelectric dam, but experts say it is the outcome of years of underinvestment.

“The national electrical system has been subject to multiple cyberattacks,” Maduro wrote on Twitter on Sunday. “However, we are making huge efforts to restore stable and definitive supply in the coming hours.”

Hopefully the U.S. was not behind the cyberattack, because a cyberattack is an act of war.

And since nobody has asked the U.S. Congress for permission to go to war, such an attack would be in direct violation of the U.S. Constitution.

In addition, relations with North Korea are rapidly deteriorating as well.  In fact, Kim Jong-Un appears to be preparing to provoke the U.S. by launching a missile…

Following President Donald Trump’s stalemate talks with Kim Jong-Un, it appears North Korea may be preparing to launch a missile or rocket some time soon.

New images reveal activity may have also resumed at a second site near Pyongyang, known as Sanumdong, where intercontinental ballistic missiles and satellite-launching rockets are assembled.

We truly do live at a time of “wars and rumors of wars”, and this could very easily be a year of war for the United States.

In simulated World War III scenarios, the U.S. continues to lose against Russia and China, two top war planners warned last week. “In our games, when we fight Russia and China, blue gets its ass handed to it” RAND analyst David Ochmanek said Thursday.

RAND’s wargames show how US Armed Forces – colored blue on wargame maps – experience the most substantial losses in one scenario after another and still can’t thwart Russia or China – which predictably is red – from accomplishing their objectives: annihilating Western forces.

Over the past decade, the U.S. military has been dramatically transformed, and not for the better.

But even if our military was in the condition that it should be, we should still not desire war, because in this day and age weapons of mass destruction have made full-blown war between major powers absolutely unthinkable.