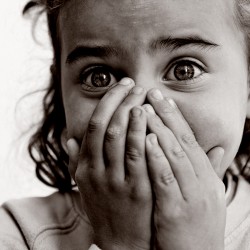 Can you hear that?  It almost sounds like a little bit of peace and quiet.  This year, the holiday season has been fairly uneventful, and for that we should be very grateful.  But it isn’t going to last long.  2012 is going to be a much more difficult year for the U.S. economy and the global financial system than 2011 has been.  So if things are going well for you right now, enjoy this little bubble of peace and tranquility while you can.  Because while things may look calm on the surface right now, the truth is that this is a very scary Christmas for financial professionals and world leaders.  Most of them know how fragile the global financial system is at the moment.  Most of them know that we are living in the greatest bubble of debt, leverage and financial risk that the world has ever seen.  As I wrote about the other day, world leaders would not be throwing huge bailouts around like crazy if everything was going to be just fine.  The truth is that we are rapidly approaching another financial crisis that may end up being even worse than the horrific crash of 2008.

Despite unprecedented efforts by the European Central Bank, the yield on 10 year Italian bonds is nearly up to 7 percent again.

Keep an eye on the yield on 10 year Italian bonds.  That is going to be one of the most important financial numbers in the world in the coming months.

But Italy is not the only problem.  The reality is that several European governments are teetering on the verge of default right now.  Meanwhile, confidence in the European financial system has been absolutely shattered and a devastating credit crunch has set in.  Nobody (other than the ECB) wants to loan money to the banks and the banks are massively cutting back on loans to businesses and consumers.  This is causing the money supply to fall.  The ECB is trying to hold things together with chicken wire and duct tape, but it isn’t going to work.

In major financial centers such as the City of London, this is a very scary Christmas and the outlook for the new year looks very frightening.  Because financial activity has dried up so dramatically, a number of firms are already shutting down.  The following comes from a recent Bloomberg article….

“This isn’t just a blip, this is much worse,” said Tim Linacre, who is stepping down as chief executive officer of Panmure (PMR) Gordon & Co., a 135-year-old brokerage. “It’s a desert for activity, which is why you are seeing some firms throw in the towel.”

“It feels worse than any other time,” said Lorna Tilbian, an executive director at Numis Corp. who began her career in 1984. “All I hear about is people putting up a white flag.”

Many out there are wondering if we are about to face another crisis like the one we saw back in 2008.

Unfortunately, none of the underlying problems that caused that crisis were ever really fixed.

We did not learn from history so now we are in for another round of pain.

In fact, Chris Martenson believes that this next crisis will be even worse than 2008….

There are clear signs of a liquidity crunch in the asset markets right now, and the question I keep hearing is, Is this 2008 all over again?

No, it’s worse. Much worse.

In 2008 there was a lot more faith and optimism upon which to draw. But both have been squandered to significant degrees by feckless regulators and authorities who failed to properly address any of the root causes of the first crisis even as they slathered layer after layer of thin-air money over many of the symptoms.

Anyone who has paid attention knows that those “magic potions” proved to be anything but. Not only are the root causes still with us (too much debt, vast regional financial imbalances, and high energy prices), but they have actually grown worse the entire time.

A couple of months ago, I wrote about the coming derivatives crisis that could potentially wipe out the entire global financial system.

When the next great financial crisis strikes, there is going to be a lot of focus on derivatives once again.

Top global financial authorities such as Ben Bernanke continue to insist that derivatives are perfectly safe.

But there are other voices in the financial world that are warning that we are heading for financial armageddon.  For example,just check out what Mark Faber is saying….

“I am convinced the whole derivatives market will cease to exit. Will become zero. And when it happens I don’t know: you can postpone the problems with monetary measures for a long time but you can’t solve them… Greece should have defaulted – it would have sent a message that not all derivatives are equal because it depends on the counterparty.”

That is very strong language.

Faber also believes that the stock market is going to get hit really, really hard during the coming crisis….

“I am ultra bearish. I think most people will be lucky if they still have 50% of their money in 5 years time. You have to have diversification – some real estate in the countryside, some gold and some equities because if you think it through, say Germany 1900 to today, we had WWI, we had hyperinflation, WWII, cash holders and bondholders they lost everything 3 times, but if you owned equities you’d be ok. In equities in general you will not lose it all, it may not be a good investment, unless you put it all in one company and it goes bankrupt.”

Some of the top financial officials in the entire world have also used some very scary language in recent weeks.

The head of the International Monetary Fund, Christian Lagarde, recently stated that we could soon see conditions “reminiscent of the 1930s depression” and that no country on earth “will be immune to the crisis”….

“There is no economy in the world, whether low-income countries, emerging markets, middle-income countries or super-advanced economies that will be immune to the crisis that we see not only unfolding but escalating”

But most people are so busy opening up the cheap plastic presents under their Christmas trees (that were mostly made overseas) that they aren’t even paying attention to these warnings.

Look, when the money supply falls significantly it is almost impossible to avoid a recession.  Just look at the historical numbers.

Unfortunately, money supply numbers all over Europe are falling dramatically right now as an article in the Telegraph recently noted….

Confidence in the banking system in Europe has never been this low in the post-World War II era.  Sadly, most people simply do not understand how bad things have gotten for major European banks.  One Australian news source recently put it this way….

“If anyone thinks things are getting better, they simply don’t understand how severe the problems are,” a London executive at a global bank said. “A major bank could fail within weeks.”

Others said many continental banks, including French, Italian and Spanish lenders, were close to running out of the acceptable forms of collateral, such as US Treasury bonds, that could be used to finance short-term loans.

Some have been forced to lend out their gold reserves to maintain access to US dollar funding.

The outlook is very ominous.

Financial professionals all over the globe are telling us what is coming if we are willing to listen.

The first six months of 2012 are going to be a very key time.  National governments and big European banks are scheduled to roll over huge mountains of debt.  But if they can’t find any takers that could bring the global financial system to a moment of great crisis very quickly.

The following is how former hedge fund manager Bruce Krasting recently described the problem that Italy is facing….

At this point there is zero possibility that Italy can refinance any portion of its $300b of 2012 maturing debt. If there is anyone at the table who still thinks that Italy can pull off a miracle, they are wrong. I’m certain that the finance guys at the ECB and Italian CB understand this. I repeat, there is a zero chance for a market solution for Italy.

But even if we don’t see a formal default by a major European nation such a Italy, that doesn’t mean that major European banks are going to make it through the crippling recession that has now begun in Europe.

Charles Wyplosz, a professor of international economics at Geneva’s Graduate Institute, is absolutely convinced that we are going to see some major European banks collapse….

“Banks will collapse, including possibly a number of French banks that are very exposed to Greece, Portugal, Italy and Spain.”

Authorities in Europe are saying the “right things” publicly, but privately they are preparing for the worst.

As the Telegraph recently reported, the British government is now making plans based on the assumption that a collapse of the euro is only “just a matter of time”….

A senior minister has now revealed the extent of the Government’s concern, saying that Britain is now planning on the basis that a euro collapse is now just a matter of time.

Yes, we are heading for a huge financial collapse and massive economic trouble.

So enjoy the good times while we still have them.

They are not going to last too much longer.