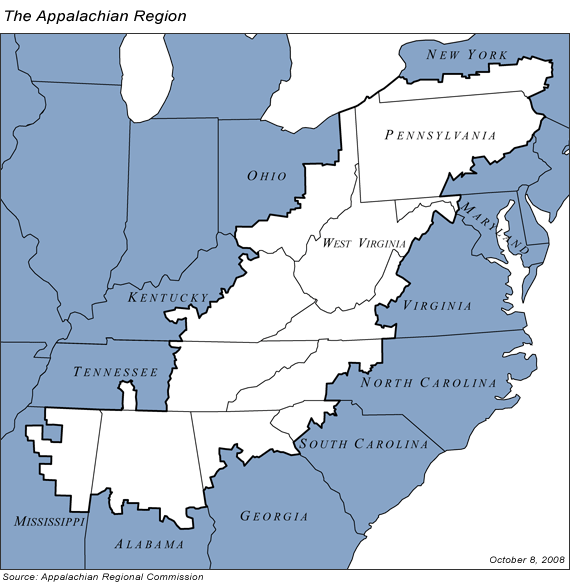 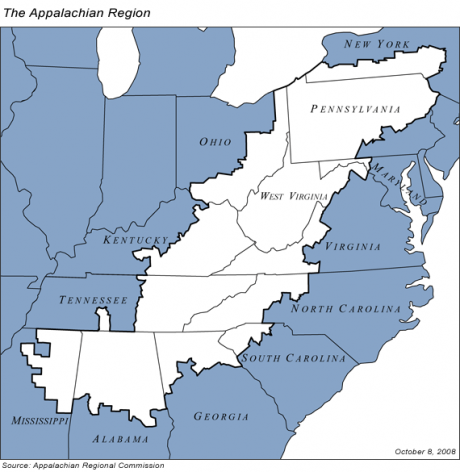 What do you say to people that have completely lost all hope that things will ever get any better?  The mountains of Appalachia stretch all the way from southern New York to northern Mississippi, and nestled within those mountains are dozens upon dozens of little towns that are so impoverished that they look like they have been through a war.  Thanks to Barack Obama’s relentless assault on the coal industry and the ongoing collapse of our industrial infrastructure, Appalachia has lost millions of good paying jobs over the past several decades.  Today, more than 40 percent of the population is living in poverty in some areas of eastern Kentucky, and addiction to “hillbilly heroin” (Oxycontin) is absolutely out of control throughout the region.  Yes, poverty is on the rise all over America, but it has especially been cruel to those that make the mountains of Appalachia their home.

An article that was published in the Guardian on Thursday profiled the deeply impoverished town of Beattyville in eastern Kentucky.  Life is very hard in Beattyville today, and it seems to be getting harder all the time…

The town’s poverty rate is 44% above the national average. Half of its families live below the poverty line. That includes three-quarters of those with children, with the attendant consequences. More than one-third of teenagers drop out of high school or leave without graduating. Just 5% of residents have college degrees.

Surrounding communities are little better. Beattyville is the capital of Lee County, named after the commander of the Confederate army of Northern Virginia in the civil war, General Robert E Lee.

Five of the 10 poorest counties in the US run in a line through eastern Kentucky and they include Lee County. Life expectancy in the county is among the worst in the US, which is not unconnected to the fact that more than half the population is obese. Men lived an average of just 68.3 years in 2013, a little more than eight years short of the national average. Women lived 76.4 years on average, about five years short of national life expectancy.

Because life can be so bitter in little towns like Beattyville, many have chosen to turn to alcohol and drugs in an attempt to escape reality.  The following description of what life is like in the region today comes from Kevin D. Williamson…

Many of you that are reading this article know exactly what Williamson is talking about, because you are living in one of those communities.  It can be absolutely soul crushing to look into the hollow eyes of those that have long since given up on life day after day.  There are some communities in America where you can feel the bitterness the moment that you drive into them.  It is almost as if all of the life has been sucked out of the entire town.  If you have ever experienced this, you know what I mean.

If there is hope, most people can endure just about anything.  But when there is no hope, that is when deep depression sets in.  And for many of those living in Appalachia, hope has long since departed.  Just consider the words of long-time Beattyville resident Ed Courier…

“It’s bad. I don’t think rural America has a future,” said Courier. “The advantage rural areas had in the past of cheap labour is gone. We used to have a lot of little factories in this area but they’ve gone to Mexico or China. In rural areas housing is cheap but everything else costs more. Utility rates are higher. Food and transport are higher. Management doesn’t want to live in rural areas. Education is horrible here. This is a third-world county. My kids grew up here until they were eight or nine, then they went to school in Louisville [a 145-mile drive away]. I wouldn’t send them to school here.”

Sadly, what has already happened in Appalachia is slowly happening to the rest of the country as well.  There is a chronic lack of good jobs, poverty is exploding, and more Americans than ever are giving into depression.

As economic conditions continue to deteriorate, people are starting to become more desperate.  In many large cities, crime rates are already up by double digit percentages in 2015, and the thin veneer of civilization that we all take for granted is beginning to disappear.  For example, down in Tampa it is being reported that there is an epidemic of house squatting going on right now…

Crooks find empty houses all over Tampa Bay and make themselves at home. And now, 8 On Your Side uncovered training manuals on the internet. They teach how to get away with squatting.

The handbooks are brazen. A pamphlet for sale on Amazon for $61.20. An entry on Wiki-How entices tells squatters how to “take a whole house from someone if you’re willing to take the risk.”

It points out the best areas to squat and even advises to spruce up the home to throw off suspicious neighbors.

And a tragic incident that just happened in Indianapolis really touched my heart.  The following comes from ABC News…

A family in Indianapolis was torn apart when Amanda Blackburn, 28, died after being shot in the head by a mystery gunman.

Her husband, Pastor Davey Blackburn, returned to their home from the gym Tuesday and found his home broken into and his wife on the ground, officials said.

The couple, who have a child, appeared to be madly in love, posting YouTube videos on the way to a “romantic getaway” in Chicago and Amanda even offering marriage advice: “You can lead your wife best, by just being a really, really good Godly example to her.”

I can’t even imagine the pain that he must be going through right now.

Meanwhile, there are more signs that this new economic downturn that we are experiencing is about to get even worse…

-Four large U.S. energy companies with combined debt of 4.8 billion dollars have been warned that they are all on the verge of totally collapsing and falling into bankruptcy.

-Unfortunately for all energy companies, the price of oil is not likely to go up significantly any time soon.  The amount of oil being stored offshore has approximately doubled from earlier this year, and more supertankers full of unsold oil are joining the party almost every day…

While the crude oil tanker backlog in Houston reaches an almost unprecedented 39 (with combined capacity of 28.4 million barrels), as The FT reports that from China to the Gulf of Mexico, the growing flotilla of stationary supertankers is evidence that the oil price crash may still have further to run, as more than 100m barrels of crude oil and heavy fuels are being held on ships at sea (as the year-long supply glut fills up available storage on land).

-The amount of goods being shipped by rail, freight and air inside the United States continues to decline.  For the month of October, the Cass Shipping Index was down 5.3 percent on a year over year basis.

-And it also looks like a new housing crisis is beginning to emerge.  From September to October, the number of newly initiated foreclosures in the United States rose by 12 percent.

-Of course the elite understand what is happening, and they are working hard to get prepared.  According to Bloomberg, global central banks are buying up gold “at a near-record pace”…

Central banks and other institutions boosted gold purchases to the second-highest level on record in the quarter to September as countries including China and Russia sought to diversify their foreign-exchange reserves.

Net purchases were 175 metric tons, nearing the record 179.5 tons in the same quarter a year earlier, and up from 127.9 tons in the preceding three-month period, the World Gold Council said in a report on Thursday. Still, over the first nine months central banks’ net purchases dropped 6.7 percent to 425.8 tons, according to the council.

When you add these items to the list that I shared with you yesterday, a very disturbing picture begins to develop.

We are clearly heading into an extremely difficult economic period, and that means that the suffering in Appalachia and elsewhere in America is about to get even worse.