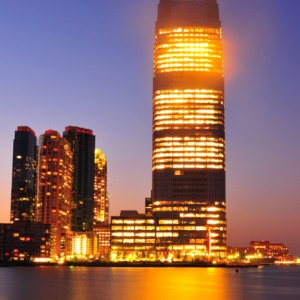 Wow!  Just when you think the U.S. government is entirely incompetent and toothless when it comes to controlling the corruption on Wall Street something like this happens.  For those who have not heard yet, on Friday the Securities and Exchange Commission filed a civil suit accusing Goldman Sachs of securities fraud.  We’ll get into the details below, but first it is important to note how stunning all of this is.  Goldman Sachs has had an extremely chummy relationship with the U.S. government over the past couple of decades.  A whole host of former Goldman Sachs executives have been appointed to key government positions by both Republicans and Democrats in recent years.  In addition, Goldman Sachs was Barack Obama’s number one campaign donor, and its employees gave $981,000 to his campaign.  But in spite of all that, the SEC has decided to go after Goldman Sachs.

Someone out there has a lot of guts.  Although to be honest it is far too soon to pass final judgment on this while thing.  Let’s see how it plays out.  It could end up being a “white wash” after all.  But at least this is a hopeful sign that justice will be done.

You can see a copy of the official charges filed by the SEC right here.

These charges are a huge blow to the reputation of what is widely regarded as the most powerful firm on Wall Street.  Goldman Sachs earned a record $4.79 billion last quarter, and for years it has seemed as if they could do no wrong.

But all of that has suddenly changed.

After the announcement of these charges by the SEC, Goldman’s shares fell more than 13 percent.

So what did Goldman Sachs do that was so wrong?

Well, it turns out that Goldman Sachs allowed hedge fund Paulson & Co. (run by John Paulson – not related to Henry Paulson) to help select the securities that were to be included in the CDO.

The SEC says Paulson & Co. paid Goldman around 15 million dollars in 2007 to put together a collateralized debt obligation that included mortgage-related securities that Paulson & Co. believed were very likely to decline in value.  Then Paulson & Co. placed huge bets against the CDO.

When Goldman Sachs presented the collateralized debt obligation to potential investors, they did not tell them that Paulson & Co. was shorting the CDO.

When the value of the CDO plunged dramatically just a few months after it was issued, Paulson & Co. walked off with about a billion dollars.

According to the SEC, within 6 months of the issuance of the CDO, 83% of the residential mortgage-backed securities in the portfolio had been downgraded.

Within nine months of the issuance of the CDO, 99% of the residential mortgage-backed securities in the portfolio had been downgraded.

The SEC says that it is trying to recoup profits reaped on the deal.

Also being charged by the SEC is a 31 year old Goldman Sachs vice president, Fabrice Tourre.  The SEC alleges that he was principally responsible for putting together the deal and marketing the securities.

You see, this is what happens when you let a young kid play around with hundreds of millions of dollars.

In an almost unbelievable email to a friend, Tourre described himself as “the fabulous Fab standing in the middle of all these complex, highly leveraged, exotic trades he created without necessarily understanding all of the implications of those monstrosities!!!”

That is the level of maturity that we can apparently expect from Wall Street executives these days.

No wonder our financial system is falling apart.

In a statement, Goldman Sachs responded to the SEC charges by saying the following: “the SEC’s charges are completely unfounded in law and fact and we will vigorously contest them and defend the firm and its reputation.”

But of course Goldman Sachs never admits that they are wrong.

“Our short positions were not a ‘bet against our clients,”‘ Goldman Sachs said in a recent letter to shareholders that discussed Goldman’s behavior during the recent housing crash. “Rather, they served to offset our long positions. Our goal was, and is, to be in a position to make markets for our clients while managing our risk within prescribed limits.”

But other financial analysts are applauding this action by the SEC….

In a note to his clients on Friday, Chris Whalen, a bank analyst at Institutional Risk Analytics noted the following….

“This litigation exposes the cynical, savage culture of Wall Street that allows a dealer to commit fraud on one customer to benefit another.”

A brief video news report about these charges against Goldman Sachs is posted below….

So will there be additional charges against Goldman Sachs?

The truth is that the misbehavior documented above is just the tip of the iceberg.

Goldman Sachs helped create the housing collapse by selling mortgage-related securities that were absolute garbage to trusting clients at vastly overinflated prices.  Then Goldman Sachs placed huge bets against those same mortgage-related securities and also placed huge bets against the U.S. housing market.  When the U.S. economy collapsed in 2008 and 2009 they ended up making huge profits.

“The simultaneous selling of securities to customers and shorting them because they believed they were going to default is the most cynical use of credit information that I have ever seen,”Sylvain Raynes, an expert in structured finance at R & R Consulting in New York, told The New York Times. “When you buy protection against an event that you have a hand in causing, you are buying fire insurance on someone else’s house and then committing arson.”

Even with today’s action by the SEC, it still seems extremely unlikely that Goldman Sachs will ever be held fully accountable for all that they have done.  They are just too big and too powerful and they have too many big and powerful friends.

But at least today is a beginning.

An article in Rolling Stone described it this way….

But perhaps today will start to change that.

For much more on Goldman Sachs and all of the mischief that they have been involved in, please read our recent article entitled “How Goldman Sachs Made Tens Of Billions Of Dollars From The Economic Collapse Of America In Four Easy Steps”.