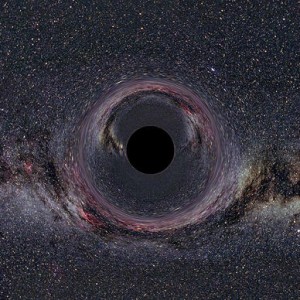 Even though the U.S. financial system nearly experienced a total meltdown in late 2008, the truth is that most Americans simply have no idea what is happening to the U.S. economy.  Most people seem to think that the nasty little recession that we have just been through is almost over and that we will be experiencing another time of economic growth and prosperity very shortly.  But this time around that is not the case.  The reality is that we are being sucked into an economic black hole from which the U.S. economy will never fully recover.

The problem is debt.  Collectively, the U.S. government, the state governments, corporate America and American consumers have accumulated the biggest mountain of debt in the history of the world.  Our massive debt binge has financed our tremendous growth and prosperity over the last couple of decades, but now the day of reckoning is here.

And it is going to be painful.

The following are 20 reasons why the U.S. economy is dying and is simply not going to recover….

#1) Do you remember that massive wave of subprime mortgages that defaulted in 2007 and 2008 and caused the biggest financial crisis since the Great Depression?  Well, the “second wave” of mortgage defaults in on the way and there is simply no way that we are going to be able to avoid it.  A huge mountain of mortgages is going to reset starting in 2010, and once those mortgage payments go up there are once again going to be millons of people who simply cannot pay their mortgages.  The chart below reveals just how bad the second wave of adjustable rate mortgages is likely to be over the next several years…. #2) The Federal Housing Administration has announced plans to increase the amount of up-front cash paid by new borrowers and to require higher down payments from those with the poorest credit.  The Federal Housing Administration currently backs about 30 percent of all new home loans and about 20 percent of all new home refinancing loans.  Tighter standards are going to mean that less people will qualify for loans.  Less qualifiers means that there will be less buyers for homes.  Less buyers means that home prices are going to drop even more.

#3) It is getting really hard to find a job in the United States.  A total of 6,130,000 U.S. workers had been unemployed for 27 weeks or more in December 2009.  That was the most ever since the U.S. government started keeping track of this statistic in 1948.  In fact, it is more than double the 2,612,000 U.S. workers who were unemployed for a similar length of time in December 2008.  The reality is that once Americans lose their jobs they are increasingly finding it difficult to find new ones.

#4) In December, there were also 929,000 “discouraged” workers who are not counted as part of the labor force because they have “given up” looking for work.  That is the most since the U.S. government first started keeping track of discouraged workers in 1949.  Many Americans have simply given up and are now chronically unemployed.

#5) Some areas of the U.S. are already virtually in a state of depression.  The mayor of Detroit estimates that the real unemployment rate in his city is now somewhere around 50 percent.

#6) For decades, our leaders in Washington pushed us towards “a global economy” and told us it would be so good for us.  But there is a flip side.  Now workers in the U.S. must compete with workers all over the world, and our greedy corporations are free to pursue the cheapest labor available anywhere on the globe.  Millions of jobs have already been shipped out of the United States, and Princeton University economist Alan S. Blinder estimates that 22% to 29% of all current U.S. jobs will be offshorable within two decades.  The days when blue collar workers could live the American Dream are gone and they are not going to come back.

#9) 37 million Americans now receive food stamps, and the program is expanding at a pace of about 20,000 people a day.  The United States of America is very quickly becoming a socialist welfare state.

#10) The number of Americans who are going broke is staggering.  1.41 million Americans filed for personal bankruptcy in 2009 – a 32 percent increase over 2008.

#11) For decades, the fact that the U.S. dollar was the reserve currency of the world gave the U.S. financial system an unusual degree of stability.  But all of that is changing.  Foreign countries are increasingly turning away from the dollar to other currencies.  For example, Russia’s central bank announced on Wednesday that it had started buying Canadian dollars in a bid to diversify its foreign exchange reserves.

#12) The recent economic downturn has left some localities totally bankrupt.  For instance, Jefferson County, Alabama is on the brink of what would be the largest government bankruptcy in the history of the United States – surpassing the 1994 filing by Southern California’s Orange County.

#13) The U.S. is facing a pension crisis of unprecedented magnitude.  Virtually all pension funds in the United States, both private and public, are massively underfunded.  With millions of Baby Boomers getting ready to retire, there is simply no way on earth that all of these obligations can be met.  Robert Novy-Marx of the University of Chicago and Joshua D. Rauh of Northwestern’s Kellogg School of Management recently calculated the collective unfunded pension liability for all 50 U.S. states for Forbes magazine.  So what was the total?  3.2 trillion dollars.

#14) Social Security and Medicare expenses are wildly out of control.  Once again, with millions of Baby Boomers now at retirement age there is simply going to be no way to pay all of these retirees what they are owed.

#15) So will the U.S. government come to the rescue?  The U.S. has allowed the total federal debt to balloon by 50% since 2006 to $12.3 trillion.  The chart below is a bit outdated, but it does show the reckless expansion of U.S. government debt over the past several decades.  To get an idea of where we are now, just add at least 3 trillion dollars on to the top of the chart….

#16) So has the U.S. government learned anything from these mistakes?  No.  In fact, Senate Democrats on Wednesday proposed allowing the federal government to borrow an additional $2 trillion to pay its bills, a record increase that would allow the U.S. national debt to reach approximately $14.3 trillion.

#17) It is going to become even harder for the U.S. government to pay the bills now that tax receipts are falling through the floor.  U.S. corporate income tax receipts were down 55% in the year that ended on September 30th, 2009.

#19) The reckless expansion of the money supply by the U.S. government and the Federal Reserve is going to end up destroying the U.S. dollar and the value of the remaining collective net worth of all Americans.  The more dollars there are, the less each individual dollar is worth.  In essence, inflation is like a hidden tax on each dollar that you own.  When they flood the economy with money, the value of the money you have in your bank accounts goes down.  The chart below shows the growth of the U.S. money supply.  Pay particular attention to the very end of the chart which shows what has been happening lately.  What do you think this is going to do to the value of the U.S. dollar?….

#20) When a nation practices evil, there is no way that it is going to be blessed in the long run.  The truth is that we have become a nation that is dripping with corruption and wickedness from the top to the bottom.  Unless this fundamentally changes, not even the most perfect economic policies in the world are going to do us any good.  In the end, you always reap what you sow.  The day of reckoning for the U.S. economy is here and it is not going to be pleasant.