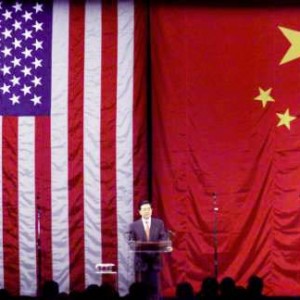 Has China decided that now is the time to start dumping U.S. Treasuries?  The Treasury Department announced on Tuesday that foreign holdings of U.S. Treasury securities fell by $53 billion in December, which is an all-time record decline for one month.  China alone reduced its holdings by $34.2 billion.  So is this because the U.S. doesn’t need to borrow as much money anymore?  Of course not.  In fact, the Obama administration just released a new budget which calls for a record 1.56 trillion dollar budget deficit.  Obama has publicly stated that the U.S. will be running trillion dollar deficits for the foreseeable future.  No, China is not getting rid of U.S. Treasuries because the U.S. doesn’t need to borrow anymore.  The U.S. needs to borrow from China (and from everyone else) more than ever.

The truth is that China recognizes that the long-term prognosis for U.S. Treasuries is really bad.  The U.S. government had piled up the biggest mountain of debt in the history of the world, and when the U.S. dollar eventually collapses (and it will) the Chinese could end up holding a trillion dollars of worthless paper.

So they are slowly starting to slide towards the door, hoping that everyone else does not suddenly catch on that the party is over.

The Chinese know that the great U.S. economy is slowly spiralling into the toilet.  Everyone is so focused on the financial disaster in Greece right now, but Michael Pento, a senior market strategist with Delta Global Advisors, says that the financial situation in the United States is “worse than Greece”.

The Chinese don’t want to be the ones left standing when this bizarre game of musical chairs is over.  In fact, it is just not U.S. Treasuries that the Chinese are getting rid of.  There are reports that the Chinese government has ordered its reserve managers to dump all “riskier securities” and to hold on to only U.S. Treasuries and U.S. agency debt that comes with an implicit or an explicit U.S. government guarantee.

But as we have seen, the Chinese government is also reducing the size of their U.S. Treasury holdings.

For years, there have been financial analysts that have been warning of this day.  They have been warning that when the Chinese and other foreign governments start dumping Treasuries it will send interest rates skyrocketing through the roof and it will crash the U.S. economy.

Well, China is starting to dump Treasuries and the U.S. government is borrowing more money than ever, but interest rates are staying somewhat stable.

So what is happening?

Well, as we have covered previously, the truth is that the Federal Reserve is soaking up the excess borrowing.  Some analysts refer to this as “printing money”, but it is more like “printing debt”.  In fact, the Fed “bought” the vast majority of new U.S. Treasuries issued in 2009.

So that is how the U.S. government can continue to borrow obscene amounts of money when the rest of the world won’t lend it to us.  But this can’t continue forever and it is obviously a recipe for hyperinflation in the long-term.

Meanwhile, the Chinese are trying to make a smooth move towards the “exit” sign.  Whether they will be able to successfully pull it off is another matter.