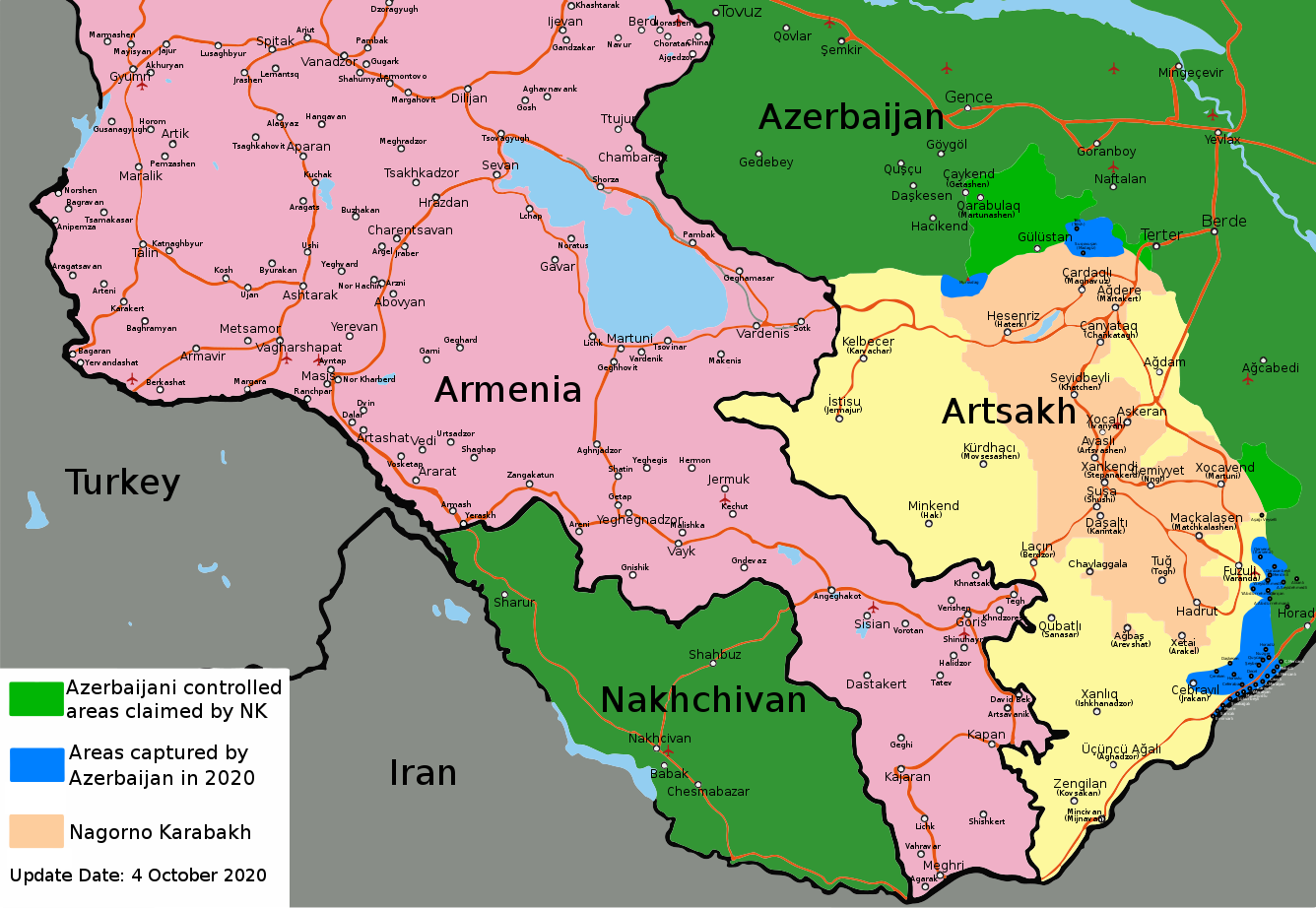 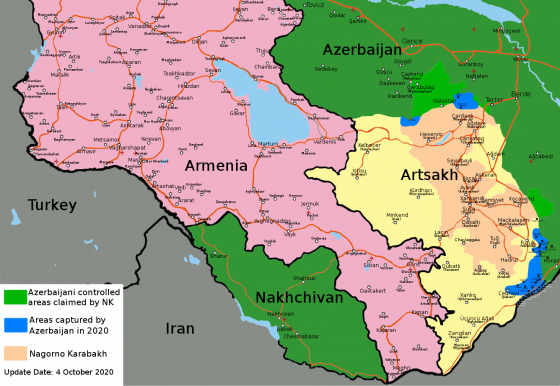 While almost everyone’s attention was diverted, a major war erupted on the other side of the world.  It has been more than a week since Azerbaijan launched their invasion of Nagorno-Karabakh, although the mainstream media in the western world will never use the word “invasion” to describe what is happening.  At most, they will use terms such as “attack” or “offensive”, but without a doubt what is taking place is an invasion.  The population of Nagorno-Karabakh is primarily made up of Armenians, and the region has been self-governing since separatists won an extremely violent war against Azerbaijan in 1994 in which tens of thousands of people died.  Now Azerbaijan is attempting to reassert control over Nagorno-Karabakh, and neighboring Armenia has stepped up to help defend Nagorno-Karabakh.  Unfortunately, this could easily escalate into a much wider war.  Russia has a defense pact with Armenia and a military base inside their territory, Iran has threatened to get involved in the conflict, and Turkey has already sent proxy forces into the region to aid the offensive by Azerbaijan.

Following days of vicious fighting, over the weekend the president of Azerbaijan claimed that his forces had captured the critically important town of Madagiz…

Azerbaijani President Ilham Aliyev said late Saturday that his forces “raised the flag” over the strategic town of Madagiz and had taken several villages.

The Armenian Defense Ministry said separatist forces in Karabakh had fended off a large Azerbaijani attack, and spokesperson Shushan Stepanian pointed to intense fighting “along the entire front line” and said Armenian forces had shot down three Azerbaijani planes.

The separatists’ foreign ministry said on Monday that shelling of Stepanakert had resumed at 6.30am (0230 GMT), with four shells hitting the city. Residents had spent the weekend cramming into underground shelters and many are leaving.

It released video footage of repeated bursts of heavy shelling and debris from seriously damaged blocks of flats, claiming Azerbaijan had used cluster munitions, which are banned by international humanitarian law.

In response, several towns in Azerbaijan have been getting shelled by Armenian forces…

Azerbaijan’s defence ministry said Armenian forces were shelling three of its towns on Monday, after hitting the country’s second-largest city, Ganja, the day before in what Nagorno-Karabakh’s leader said was an act of retaliation and a “warning” against targeting civilian settlements in the breakaway region. Baku said one person had been killed and four injured in the attack on Ganja.

Hundreds have already died on both sides, and the fighting just seems to get worse with each passing day.

A report from CBS News says that there has been “an unprecedented use of heavy artillery, tanks, missiles, and even kamikaze drones”…

Videos posted online from the battleground show an unprecedented use of heavy artillery, tanks, missiles, and even kamikaze drones as the fighting has escalated. Both countries accuse the other of refusing to agree to cease fire, and neither has shown any willingness yet to reengage in stalled peace talks.

Azerbaijan is wealthier and more powerful than Armenia, and so the Armenians are ultimately going to have a very difficult time trying to stop Azerbaijan from taking quite a bit of territory from Nagorno-Karabakh.

But what happens if other parties start to join the conflict?

“All the signals were in place, everything was telling that escalation was coming. And there was diplomatic silence,” Olesya Vartanyan, senior analyst for the South Caucasus region at the International Crisis Group, told CBS News.

“We are definitely one step away from a large-scale war in the region,” she said, noting that such a conflict could embroil Russia, Turkey, or both.

And actually we know that Turkey is already flying proxy fighters into the region to help Azerbaijan with the invasion.  In fact, dozens of those fighters have already died…

Early Sunday morning, the bodies of more than 50 Syrians killed in a conflict raging far from their own borders—in a land many had barely heard of a few months ago—were returned home for funeral preparations.

They were members of militias that had fought previously in northern Syria, then Libya, and now in the disputed enclave of Nagorno-Karabakh—but always on behalf of Turkey.

As I mentioned above, the Russians have a defense pact with Armenia, and they also have a military base located in the country.

Russia and Turkey were on opposite sides in the war in Syria, and they have increasingly irritated each other in recent years.  It would seem to be unthinkable that the Russians would just stand aside and allow Turkey to have their way in this new conflict, but so far the Russians haven’t made a major move.

When they do, however, it will probably be a big one.

On top of everything else, the Iranians are warning that they may take “reciprocal measures” if the fighting continues to spill over into their territory…

Iran warned that it would take reciprocal measures if fighting between its neighbors Armenia and Azerbaijan spills over and endangers security across their borders with Iran.

Iran’s Interior Minister Rahmani Fazli urged the two countries to contain the fighting after clashes over their long-standing war over the Nagorno-Karabagh region erupted last month, according to a statement shown on Iranian state TV.

This is yet another example that demonstrates that we are living during a time of “wars and rumors of wars”, and experts agree that this new war has the potential to eventually become a much larger conflict.

Unfortunately, the vast majority of Americans have never even heard of Nagorno-Karabakh, and most of the population would not be able to locate Armenia or Azerbaijan on a blank map of the world.

And the mainstream media in the United States is so obsessed with covering President Trump’s every move 24 hours a day that they are almost entirely ignoring this conflict.

But this war is a really big deal, and we should all be paying close attention to it.

Whoever wins the presidential election in November is going to have to deal with this crisis, and if things are not handled very, very carefully events could spiral out of control very rapidly.