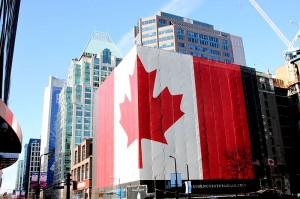 The politicians of the western world are coming after your bank accounts.  In fact, Cyprus-style “bail-ins” are actually proposed in the new Canadian government budget.  When I first heard about this I was quite skeptical, so I went and looked it up for myself.  And guess what?  It is right there in black and white on pages 144 and 145 of “Economic Action Plan 2013” which the Harper government has already submitted to the House of Commons.  This new budget actually proposes “to implement a ‘bail-in’ regime for systemically important banks” in Canada.  “Economic Action Plan 2013” was submitted on March 21st, which means that this “bail-in regime” was likely being planned long before the crisis in Cyprus ever erupted.  So exactly what in the world is going on here?  In addition, as you will see below, it is being reported that the European Parliament will soon be voting on a law which would require that large banks be “bailed in” when they fail.  In other words, that new law would make Cyprus-style bank account confiscation the law of the land for the entire EU.  I can’t even begin to describe how serious all of this is.  From now on, when major banks fail they are going to bail them out by grabbing the money that is in your bank accounts.  This is going to absolutely shatter faith in the banking system and it is actually going to make it far more likely that we will see major bank failures all over the western world.

What you are about to see absolutely amazed me when I first saw it.  The Canadian government is actually proposing that what just happened in Cyprus should be used as a blueprint for future bank failures up in Canada.

The following comes from pages 144 and 145 of “Economic Action Plan 2013” which you can find right here.  Apparently the goal is to find a way to rescue “systemically important banks” without the use of taxpayer funds…

Canada’s large banks are a source of strength for the Canadian economy.  Our large banks have become increasingly successful in international markets, creating jobs at home.

The Government also recognizes the need to manage the risks associated with systemically important banks — those banks whose distress or failure could cause a disruption to the financial system and, in turn, negative impacts on the economy.  This requires strong prudential oversight and a robust set of options for resolving these institutions without the use of taxpayer funds, in the unlikely event that one becomes non-viable.

So if taxpayer funds will not be used to bail out the banks, how will it be done?  Well, the Canadian government is actually proposing that a “bail-in” regime be implemented…

The Government proposes to implement a “bail-in” regime for systemically important banks. This regime will be designed to ensure that, in the unlikely event that a systemically important bank depletes its capital, the bank can be recapitalized and returned to viability through the very rapid conversion of certain bank liabilities into regulatory capital.  This will reduce risks for taxpayers.  The Government will consult stakeholders on how best to implement a bail-in regime in Canada.  Implementation timelines will allow for a smooth transition for affected institutions, investors and other market participants.

So if the banks take extreme risks with their money and lose, “certain bank liabilities” (i.e. deposits) will rapidly be converted into “regulatory capital” and the banks will be saved.

In other words, the banks will just be allowed to grab money directly out of your bank accounts to recapitalize themselves.

That may sound completely and utterly insane to us, but this is how things will now be done all over the western world.

In fact, some European politicians are openly admitting as much.  According to RT, the European Parliament will soon be voting on a new law which will make Cyprus-style bank account confiscation a permanent part of the solution when major banks fail throughout the EU…

A senior lawmaker told Reuters the Cyprus model may not be an isolated case, and is perhaps a future template in dealing with troubled European banks.

The new template is now likely to turn into a full-scale EU law, letting taxpayers off the hook in case a bail-out is needed, but imposing major losses on bigger savers on a permanent basis.

“You need to be able to do the bail-in as well with deposits,” said Gunnar Hokmark, member of European Parliament, who is leading negotiations with EU countries to finalize a law for winding up problem banks, Reuters reported.

“Deposits below 100,000 euros are protected … deposits above 100,000 euros are not protected and shall be treated as part of the capital that can be bailed in,” Hokmark told Reuters, adding that he was confident a majority of his peers in the parliament backed the idea.

The European Commission has written the draft of the law, which now awaits approval from eurozone member states and the parliament on whether and when it can be implemented. It’s been reported, the law is planned to take effect in the beginning of 2015.

The other day when I said that “The Global Elite Are Very Clearly Telling Us That They Plan To Raid Our Bank Accounts“, I was not exaggerating.

And for those in Cyprus with deposits of over 100,000 euros, the news just keeps getting worse and worse.

When the crisis first erupted, they were told that 10 percent of all deposits over 100,000 euros would be confiscated.

Then a few days later they were told that it would be 40 percent.

Now, according to the Washington Post, those with deposits over 100,000 euros at the second largest bank in Cyprus may lose as much as 80 percent of those deposits…

A deal was finally reached in Brussels with other euro countries and the International Monetary Fund early Monday. The country’s second-largest bank, Laiki, is to be split up, with its healthy assets being absorbed into the Bank of Cyprus. Savers with more 100,000 euros ($129,000) in either Bank of Cyprus and Laiki will face big losses. At Laiki, those could reach as much as 80 percent of amounts above the 100,000 insured limit; those at Bank of Cyprus are expected to be much lower.

Sadly, the truth is that those people will be lucky to ever see any of that money ever again.

How would you feel if someone came along and wiped out your life savings so that banks that took incredibly reckless risks could be bailed out?

Needless to say, a lot of people in Cyprus are very, very angry right now.  The following reactions from outraged depositors in Cyprus are from Sky News…

“They have stolen our money,” Milton Loucas told Sky News.

“I have been working for 60 years. I am 80 years old. I cannot work again for my living – they have cut the lot.

“Our money, our social insurance – they have cut them. How are we going to live?”

Another Cypriot, Stelios, came out of the bank empty handed.

“I tried to get my February wages and they gave me a piece of paper only,” he said.

“I have two children in the army and they asked for money – I don’t have money to give them.

“The Government didn’t pay anybody. My old parents didn’t get their pension.”

A lot of people have just had their entire lives turned upside down.

But there were some people that were told ahead of the crisis and were able to get their money out in time.

According to the BBC, foreigners pulled a whopping 18 percent of their money out of Cyprus banks during the month of February alone…

Information from the Central Bank of Cyprus released on Thursday showed that foreign depositors had already withdrawn 18% of their cash from the nation’s banks during February, before the current crisis hit home.

So how did they know to pull their money out and who told them?

In addition, branches of the two largest banks in Cyprus were kept open in Moscow and London even after all of the banks in Cyprus itself were shut down.  So wealthy Russians and wealthy Brits have been able to take all of their money out of those banks while the people of Cyprus have been unable to.  It is hard to even find the words to describe how unfair that is.  The following is from a recent article by Mark J. Grant…

So let us then turn back to Cyprus and see why the Russians are not quite so upset as they were at the beginning of the crisis. The answer to this question is Uniastrum bank which is headquartered in Moscow. Eighty percent (80%) is owned by the Bank of Cyprus. After the crisis began and right up until the capital controls were implemented the bank was open for business with no restrictions upon withdrawals. So the crisis began, was all over the Press and the Russian depositors walked into the local bank and withdrew their money from Uniastrum, the Bank of Cyprus, or had it wired in from the other local Cyprus banks and it was then withdrawn. Problem solved!

At the same time Laiki bank and the Bank of Cyprus had operating branches in London. There were no restrictions there either so people could walk into those banks and withdraw their money as well. No restrictions at all right up until the time of the Capital Controls. In the meantime, in Cyprus, people and institutions could not get at their money so the Russians and many British took out their money, closed their accounts while the people in Cyprus were left high and dry.

The wealthy always seem to come out ahead somehow, don’t they?

Meanwhile, those in Cyprus with deposits under 100,000 euros are now dealing with some very stringent capital controls.  In other words, there are some very tight restrictions on what they can do with their money.  For example, the maximum daily cash withdrawal has been set at 300 euros.  The following are some of the other restrictions that are in force right now…

As well as the daily withdrawal limit, Cypriots may not cash cheques.

Payments and/or transfers outside Cyprus via debit and or credit cards are allowed up to 5,000 euros per person per month.

Transactions of 5,000-200,000 euros will be reviewed by a specially established committee, with applications for those over 200,000 euros needing individual approval.

Travellers leaving the country will only be allowed to take 1,000 euros with them.

When the next great wave of the economic collapse strikes, capital controls and bank account confiscation will suddenly become “normal” all over the world.

One thing that you can do is make sure that you don’t have all of your eggs in one basket.  The following is what Jim Rogers recently told CNBC…

The more places that you have your money, the more difficult it will be for “the powers that be” to loot it.

The global elite are fundamentally changing the game.  From now on, no bank account on earth will ever be able to be considered “100% safe” again.  This is going to create an atmosphere of fear and panic, and no financial system can operate normally when you destroy the confidence that people have in it.

Confidence is a funny thing – it can take decades to build, but it can be destroyed in a single moment.

None of us will ever be able to have confidence in our bank accounts again, and I fear that the next wave of the economic collapse may be closer than I had first anticipated. 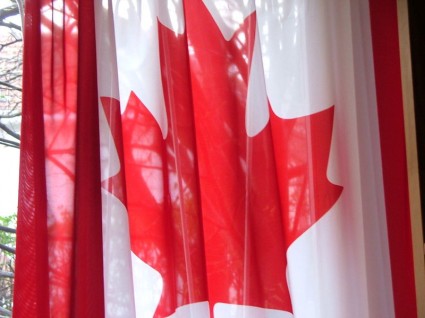