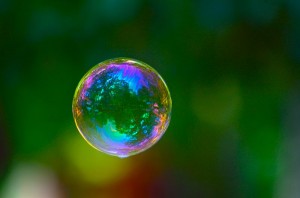 Why are so many politicians around the world declaring that the debt crisis is “over” when debt to GDP ratios all over the planet continue to skyrocket?  The global economy has never seen anything like the sovereign debt bubble that we are experiencing today.  The United States, Japan, and nearly every major nation in Europe are absolutely drowning in debt.  We have heard a lot about “austerity” over in Europe in recent years, but debt to GDP ratios continue to rise in Greece, Spain, Italy, Ireland and Portugal.  In general, most economists consider a debt to GDP ratio of 100% to be a “danger level”, and most of the economies of the western world have either already surpassed that level or are rapidly approaching it.  Of course the biggest debt offender of all in many ways is the United States.  The U.S. debt to GDP ratio has risen from 66.6 percent to 103 percent since 2007, and the U.S. government accumulated more new debt during Barack Obama’s first term than it did under the first 42 U.S. presidents combined.  This insane sovereign debt bubble will continue to expand until a day of reckoning arrives and the system implodes.  Nobody knows exactly when that moment will be reached, but without a doubt it is coming.

But if you listen to the mainstream media in the United States, you would be tempted to think that this giant bubble of debt is not much of a concern at all.  For example, in a recent article in the Washington Post entitled “The case for deficit optimism“, Ezra Klein wrote the following…

“Here’s a secret: For all the sound and fury, Washington’s actually making real progress on debt.”

How many times have we heard that before?

About a decade ago, government officials were projecting that we would be swimming in gigantic government surpluses by now.

Instead, we are running trillion dollar deficits.

But right now there is a lot of optimism about the economy.  The stock market recently hit a 5 year high and the business community is loving all of the false prosperity that all of this debt is buying us.

Even Warren Buffett does not really seem concerned about the exploding U.S. government debt.  He recently made the following statement…

“It is not a good thing to have it going up in relation to GDP.  That should be stabilized. But the debt itself is not a problem.”

A debt of 16 trillion dollars “is not a problem”?

Perhaps we should all run our finances that way.

Why don’t we all go out and open up 20 different credit cards, run them all up to the max, and then tell the credit card companies that we can’t pay them back but that it “is not a problem”.

Of course real life does not work that way.

The truth is that government debt is becoming a monstrous problem all over the globe.  Just check out how debt to GDP ratios all over the planet have grown over the past five years…

The Eurozone As A Whole

So how does all of this end?

Well, it is going to be messy, but it is very difficult to say exactly when the system will collapse under the weight of too much debt.  Some nations, such as Japan, are able to handle very high debt loads because they have a very high level of domestic saving.  Up to this point, an astounding 95 percent of all Japanese government bonds have been purchased domestically.  But other nations collapse under the weight of government debt even before they reach a debt to GDP ratio of 100%.  The following is an excerpt from a recent Congressional Research Service report…

It is hard to predict at what point bond holders would deem it to be unsustainable. A few other advanced economies have debt-to-GDP ratios higher than that of the United States. Some of those countries in Europe have recently seen their financing costs rise to the point that they are unable to finance their deficits solely through private markets. But Japan has the highest debt-to-GDP ratio of any advanced economy, and it has continued to be able to finance its debt at extremely low costs.

When a government runs up massive amounts of debt, it is playing with fire.  You can pile up mountains of government debt for a while, but eventually it catches up with you.

There is going to be a tremendous price to pay for the debt binge that the U.S. government has indulged in over the past decade.  During Barack Obama’s first term, the amount of new debt accumulated by the federal government breaks down to about $50,521 for every single household in the United States.  That is utter insanity.

If you can believe it, we have accumulated more new government debt under Obama than we did from the inauguration of George Washington to the end of the Clinton administration.

If we keep piling up so much debt, at some point a moment of great crisis will arrive.  When that moment arrives, we could see havoc throughout the entire global financial system.  For instance, most people don’t really understand the key role that U.S. Treasuries play in the derivatives market.  The following is from a recent article posted on Zero Hedge…

This time around, things will be far worse if nothing is solved. If the US loses another AAA rating, then the financial markets could face systemic risk. The reason for this is that US Treasuries are one of the senior most forms of collateral used by the banks to backstop the $600+ trillion derivatives market.

As any trader who trades on margin can tell you, when the value of your collateral is called into question, those on the other side of the trade come looking for you to put up more capital on your trades. This can result in assets being sold en masse (similar to what happened after Lehman failed) and things can get very ugly very fast.

For much more on the danger that derivatives pose to our financial system, please see this article: “The Coming Derivatives Panic That Will Destroy Global Financial Markets“.

Once again, nobody knows exactly when the sovereign debt bubble will burst, but if we continue down the path that we are currently on, it will inevitably happen at some point.

And according to Professor Carmen Reinhart, when this bubble does burst things could unravel very rapidly…

At some point the global financial system will hit the wall that Professor Reinhart has warned about. 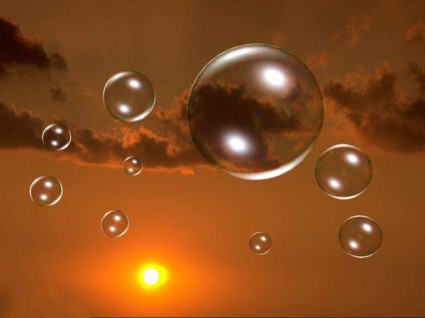