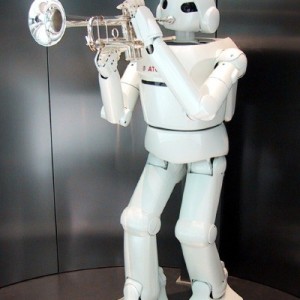 There are already more than 101 million working age Americans that are not employed and 20 percent of the families in the entire country do not have a single member that has a job.  So what in the world are we going to do when robots start taking millions upon millions more of our jobs? Thanks to technology, the balance of power between employers and workers in this country is shifting dramatically in favor of the employers.  These days, many employers are wondering why they are dealing with so many human worker “headaches” when they can just use technology to get the same tasks done instead.  When you replace a human worker with a robot, you solve a whole bunch of problems.  Robots never take a day off, they never get tired, they never get sick, they never complain, they never show up late, they never waste time on the Internet and they always do what you tell them to do.  In addition, robotic technology has advanced to the point where it is actually cheaper to buy robots than it is to hire humans for a vast variety of different tasks.  From the standpoint of societal efficiency, this is a good thing.  But what happens when robots are able to do just about everything less expensively and more efficiently than humans can?  Where will our jobs come from?

And this is not something that is coming at some point in “the future”.

This is already happening.

According to CNN, there will be 10,000 robots working to fulfill customer orders in Amazon.com warehouses by the end of 2014…

Amazon will be using 10,000 robots in its warehouses by the end of the year.

CEO Jeff Bezos told investors at a shareholder meeting Wednesday that he expects to significantly increase the number of robots used to fulfill customer orders.

Don’t get me wrong – I absolutely love Amazon.  And if robots can get me my stuff faster and less expensively that sounds great.

But what if everyone starts using these kinds of robots?

What will that do to warehouse jobs?

PC World has just done a report on a new warehouse robot known as “UBR-1”.  This robot is intended to perform tasks “normally done by human workers”…

The UBR-1 is a 4-foot tall, one-armed robot that could make warehouses and factories more efficient by performing tasks normally done by human workers.

Unlike the industrial robots widely used in manufacturing today—usually large machines isolated from people for safety reasons—this robot can work alongside humans or autonomously in a workspace filled with people.

This little robot costs $50,000, and it can work all day and all night.  It just needs a battery change every once in a while.  The creators of this robot envision it performing a vast array of different tasks…

“We see the robot as doing tasks, they could be dull, they could be dirty, they could be dangerous and doing them repetitively all day in a light manufacturing environment,” said Melonee Wise, Unbounded Robotics CEO and co-founder. Those tasks include stocking shelves, picking up objects and assembling parts.

The UBR-1 isn’t designed for small component assembly, but it can manipulate objects as small as dice or a Lego piece, Wise said. Unbounded Robotics is targeting companies that want some automation to speed up their manufacturing process, but can’t afford to fully automate their businesses.

To many people this may sound very exciting.

But what if a robot like that took your job?

Would it be exciting then?

Of course you can’t outlaw robots.  And you can’t force companies to hire human workers.

But we could potentially have major problems in our society as jobs at the low end of the wage scale quickly disappear.

According to CNN, restaurants all over the nation are going to automated service, and a recent University of Oxford study concluded that there is a 92 percent chance that most fast food jobs will be automated in the coming years…

Panera Bread is the latest chain to introduce automated service, announcing last month that it plans to bring self-service ordering kiosks as well as a mobile ordering option to all its locations within the next three years. The news follows moves from Chili’s and Applebee’s to place tablets on their tables, allowing diners to order and pay without interacting with human wait staff at all.

Panera, which spent $42 million developing its new system, claims it isn’t planning any job cuts as a result of the technology, but some analysts see this kind of shift as unavoidable for the industry.

In a widely cited paper released last year, University of Oxford researchers estimated that there is a 92% chance that fast-food preparation and serving will be automated in the coming decades.

Delivery drivers could be replaced en masse by self-driving cars, which are likely to hit the market within a decade or two, or even drones. In food preparation, there are start-ups offering robots for bartending and gourmet hamburger preparation. A food processing company in Spain now uses robots to inspect heads of lettuce on a conveyor belt, throwing out those that don’t meet company standards, the Oxford researchers report.

Could you imagine such a world?

When self-driving vehicles take over, what will happen to the 3.1 million Americans that drive trucks for a living?

Our planet is changing at a pace that is almost inconceivable.

Over the past decade, the big threat to our jobs has been workers on the other side of the globe that live in countries where it is legal to pay slave labor wages.

But now even those workers are having their jobs taken away by robots.  For example, just check out what is happening in China…

Foxconn has been planning to buy 1 million robots to replace human workers and it looks like that change, albeit gradual, is about to start.

The company is allegedly paying $25,000 per robot – about three times a worker’s average salary – and they will replace humans in assembly tasks. The plans have been in place for a while – I spoke to Foxconn reps about this a year ago – and it makes perfect sense. Humans are messy, they want more money, and having a half-a-million of them in one factory is a recipe for unrest. But what happens after the halls are clear of careful young men and women and instead full of whirring robots?

Perhaps you think that your job could never be affected because you do something that requires a “human touch” like caring for the elderly.

Well, according to Reuters, robots are moving into that arena as well…

Imagine you’re 85, and living alone. Your children are halfway across the country, and you’re widowed. You have a live-in aide – but it’s not human. Your personal robot reminds you to take your medicine, monitors your diet and exercise, plays games with you, and even helps you connect with family members on the Internet.

And robots are even threatening extremely skilled professions such as doctors.  For instance, just check out this excerpt from a Bloomberg article entitled “Doctor Robot Will See You Shortly“…

Johnson & Johnson proposes to replace anesthesiologists during simple procedures such as colonoscopies — not with nurse practitioners, but with machines. Sedasys, which dispenses propofol and monitors a patient automatically, was recently approved for use in healthy adult patients who have no particular risk of complications. Johnson & Johnson will lease the machines to doctor’s offices for $150 per procedure — cleverly set well below the $600 to $2,000 that anesthesiologists usually charge.

And this is just the beginning.  In a previous article, I discussed the groundbreaking study by Dr. Carl Frey and Dr. Michael Osborne of Oxford University which came to the conclusion that 47 percent of all U.S. jobs could be automated within the next 20 years.

What will the middle class do as their jobs are taken away?

The world that we live in is becoming a radically different place than the one that we grew up in.

The robots are coming, and they are going to take millions of our jobs.

So what do you think of this robot invasion?  Please feel free to share your thoughts by posting a comment below…