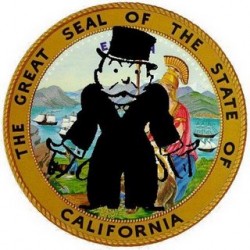 Why does the state of California seem to be so incredibly hopeless?  These days California can’t seem to do anything right, and if you live in California things just got a whole lot worse.  Governor Brown has announced that the state budget deficit for this year is going to be much larger than projected, that more government services are going to be cut and that voters are going to vote on another round of tax increases in November.  Meanwhile, unemployment is sitting at 11 percent and extended federal unemployment benefits for workers in the state are ending.  Because California is one of the worst places in the nation to conduct business, there has been a steady flow of companies leaving the state.  Those companies have taken a whole lot of good jobs with them.  Due to the lack of jobs and a steady stream of impoverished immigrants coming in from Mexico and other countries, poverty in the state has exploded and crime is rapidly increasing.  California may be the land of “endless sunshine”, but for the California economy there are only dark clouds on the horizon.  The state is coming apart at the seams and there is not much hope that things are going to turn around any time soon.

These days, California is very similar to Greece in many ways.

Just like Greece, California has had round after round of “austerity” and yet still cannot seem to balance the budget.

Even after all of the cuts that have been implemented in recent years, the California budget deficit is still going to be far larger than originally projected this year.  The following is from the Los Angeles Times….

Gov. Jerry Brown announced on Saturday that the state’s deficit has ballooned to $16 billion, a huge increase over his $9.2-billion estimate in January.

The bigger deficit is a significant setback for California, which has struggled to turn the page on a devastating budget crisis. Brown, who announced the deficit on YouTube, is expected to outline his full budget proposal on Monday in Sacramento.

“This means we will have to go much further, and make cuts far greater, than I asked for at the beginning of the year,” Brown said in the video.

During his remarks on YouTube, Governor Brown stated that California is “still recovering from the worst recession since the 1930s” and he stressed that hard choices are ahead.

But the California state government has already cut back in so many places.  For example, back in the late 1970s the state of California was number one in per-pupil spending on education, but now California has fallen to 48th place.

Unfortunately, Governor Brown does not believe that budget cuts alone will solve the problem.

So you know what that means.

The tax increases that California voters will be voting on in November were outlined in a recent Bloomberg article….

Brown this week submitted more than 1.5 million signatures to place the tax measure on the ballot. It would temporarily raise the state sales tax, already the highest in the U.S., to 7.5 percent from 7.25 percent. It would also boost rates on income starting at $250,000. The 10.3 percent levy on those making $1 million or more would rise to 13.3 percent, the most of any state.

Get ready to fire up the moving vans.

The rest of the California economy may be falling apart, but moving companies will continue to do very well.

As I have written about previously, California has already experienced a net loss of approximately four million residents to other states over the past 20 years.

If the top rate on those making a million dollars or more a year hits 13.3 percent you will see a lot more wealthy people leave.

And thousands of businesses have left California in recent years as well.  Sadly, one survey found that CEOs ranked California as the worst place in the United States to do business for seven years in a row.

You would think that the state legislature would get the message.

Unfortunately they have not.

California absolutely suffocates businesses with rules and regulations and it gets worse with each passing year.

So lots of good jobs continue to leave the state.

As mentioned earlier, the official rate of unemployment in California is sitting at 11 percent.  That is almost 3 points higher than for the nation as a whole.

Of course the “official” numbers greatly understate the true scope of the unemployment problem, but for more on that you can check out this article.

However you want to look at it, the reality is that California has a massive unemployment problem.

Sadly, a whole bunch of unemployed workers in California are about to lose their unemployment benefits.

On Saturday, more than 200,000 unemployed Americans were dumped off the unemployment rolls.  Close to half of them live in California.

Instead of 99 weeks, unemployed workers in California will now only be able to collect unemployment benefits for a maximum of 79 weeks.

It is estimated that a total of 93,000 people in California have suddenly lost their benefits as a result of this change.

Unfortunately, the truth is that the employment picture in California is not really getting any better.  It is still incredibly difficult to find a decent job.

Unless you are “connected”, it can be a horribly frustrating experience trying to find a new job in this economic environment.

But if you are truly desperate, there are some folks out there who are always hiring.

These days, “national security” is quite a growth industry.  For example, if you are currently unemployed you can always apply to work as an Internment/Resettlement Specialist for the national guard.

While the economy is going to pot, you can get paid to lock up other Americans that are protesting about the state of our country.

But seriously, if you live in California right now you probably don’t need anyone else to tell you how bad things are.

You probably already know that the number of children living in poverty in the state of California has increased by 30 percent since 2007.

California is rapidly changing, and not for the better.

But it is not just the economy that is falling apart in California.  The truth is that there are a whole host of good reasons to move away from California.  The traffic is nightmarish, crime is on the rise, the gangs are bigger and more active than ever before, millions of illegal immigrants have poured into the state, and the control freak politicians become more insane with each passing year.

Plus there is the constant threat that your home will be destroyed by a mudslide, a wildfire or an earthquake.

One of these days the “big one” will hit California.

You do not want to be there when that happens.

But if you decide that you do want to move from California, what is the best state to move to?

The truth is that economic conditions are horrible in most of the country and are rapidly getting a whole lot worse.

According to one poll, 30 percent of all Americans described the condition of the economy as “good” back in February but only 20 percent do now.

When we enter the next major economic downturn, unemployment is going to go higher everywhere in the nation.

There will be small pockets where jobs are still plentiful (where the oil industry is strong for example) but almost everywhere else will be really hurting.

For people looking to move away from California, where should they go? 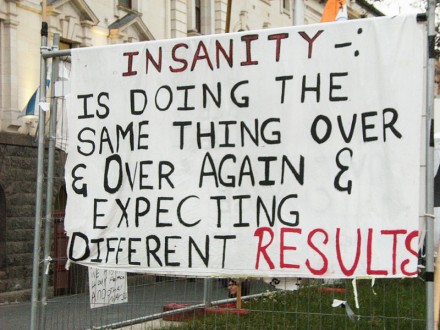