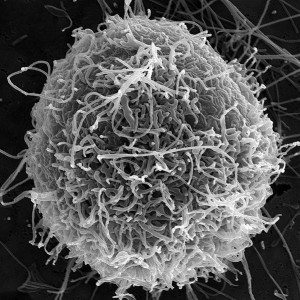 Barack Obama and the head of the CDC need to quit saying that we know exactly how Ebola spreads.  Because the truth is that there is much about this virus that we simply do not know.  For example, a top Ebola scientist that is working in the heart of the outbreak in Liberia says that this version of Ebola looks like it could be “a very different bug” from past versions.  Other leading scientists are echoing his concerns.  And yet Barack Obama and Thomas Frieden continue to publicly proclaim that we know precisely how this virus behaves.  Not only is that bad science, but it could also potentially result in the unnecessary deaths of a very large number of people.  For example, Obama has refused to implement an Ebola travel ban because he is greatly underestimating the seriousness of this virus.  This decision could turn out to be incredibly costly.  If what you will read about below is true, we could be dealing with some sort of “super Ebola” that nobody has ever seen before.

Peter Jahrling of the National Institute of Allergy and Infectious Disease is on the front lines fighting this disease in Liberia.  He is one of the top authorities in the world on Ebola, and what his team has been seeing under the microscope is incredibly sobering…

Now U.S. scientist Peter Jahrling of the National Institute of Allergy and Infectious Disease believes the current Ebola outbreak may be caused by an infection that spreads more easily than it did before.

Dr Jahrling explained that his team, who are working in the epicentre of the crisis in the Liberian capital of Monrovia, are seeing that the viral loads in Ebola patients are much higher than they are used to seeing.

He told Vox.com: ‘We are using tests now that weren’t using in the past, but there seems to be a belief that the virus load is higher in these patients [today] than what we have seen before. If true, that’s a very different bug.

‘I have a field team in Monrovia. They are running [tests]. They are telling me that viral loads are coming up very quickly and really high, higher than they are used to seeing.

‘It may be that the virus burns hotter and quicker.’

The head of the Center for Infectious Disease Research and Policy at the University of Minnesota – Dr. Michael Osterholm – is a prominent public health scientist and a nationally recognized biosecurity expert.

Dr. Osterholm just gave a talk shown on C-Span explaining that a top Ebola virologist – the Head of Special Pathogens at Canada’s health agency, Gary Kobinger – has found that the current strain of Ebola appears to be much worse than any strain seen before … and that the current virus may be more likely to spread through aerosols than strains which scientists have previously encountered.

I have posted video of that talk on C-Span below…

But even if we were dealing with the exact same strain of Ebola, that does not mean that our leaders are telling us the truth when they say that it is not an airborne virus.

Dr. C.J. Peters, who battled a 1989 outbreak of the virus among research monkeys housed in Virginia and who later led the CDC’s most far-reaching study of Ebola’s transmissibility in humans, said he would not rule out the possibility that it spreads through the air in tight quarters.

“We just don’t have the data to exclude it,” said Peters, who continues to research viral diseases at the University of Texas in Galveston.

Dr. Philip K. Russell, a virologist who oversaw Ebola research while heading the U.S. Army’s Medical Research and Development Command, and who later led the government’s massive stockpiling of smallpox vaccine after the Sept. 11 terrorist attacks, also said much was still to be learned. “Being dogmatic is, I think, ill-advised, because there are too many unknowns here.“

And I have written about this before, but so many people don’t know about this that it bears repeating.  The following is an excerpt from a news story about a study that was conducted back in 2012 that demonstrated that the Ebola virus can be transferred from one animal to another animal without any physical contact whatsoever…

So when Barack Obama and Thomas Frieden get up and tell us that they know with 100% certainty that Ebola is not airborne, they are lying to you.

There is so much about this outbreak that we simply do not know.

Our public officials should be honest about that.

Instead, it seems like they are flying by the seats of their pants and just saying whatever they think will keep everyone calm.

We are potentially facing the greatest health crisis of this generation, and bad science and false assurances are not going to help anyone.

Sadly, Barack Obama just continues to make bad decision after bad decision.  This includes his very foolish decision to send thousands of U.S. troops right into the heart of the Ebola death zone.

It is being reported that these troops are only going to get just four hours of Ebola training, and the Pentagon is saying that they “will only need gloves and masks” to protect themselves…

Troops from the 101st Airborne Division leading the military response to Ebola in West Africa will only need gloves and masks to protect themselves from the deadly virus, so said Gen. David Rodriguez at a Pentagon briefing Wednesday.

“They don’t need the whole suit – as such – because they’re not going to be in contact with any of the people,” the commander of U.S. troops in Africa said.

Soldiers from the 101st Airborne will primarily be building hospitals, ultimately leading what could be a contingent of 4,000 American service members. They’ll be housed either in tent cities at military airfields or in Liberian Ministry of Defense facilities, Rodriguez said.

Soldiers’ health will be monitored through surveys and taking their temperature on their way in and out of camps. If a service member does get sick, Rodriguez said they will be flown home immediately for treatment.

Who is going to be held accountable when these young men and women start coming home sick?

So far the federal response to this Ebola crisis has been a parade of incompetence.

And yet we continue to be told that “everything is under control”.

I don’t know about you, but I have a bad feeling about all of this.