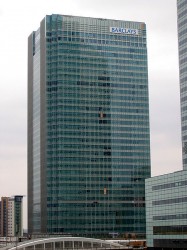 We always knew that the financial markets were rigged, but this is getting ridiculous.  It is now being alleged that 20 major banks have been systematically fixing global interest rates for years.  Barclays has already been fined hundreds of millions of dollars for manipulating Libor (the London Inter Bank Offered Rate).  But Barclays says that a whole bunch of other banks were doing this too.  This is shaping up to be the biggest financial scandal in history, and criminal investigations have been launched on both sides of the Atlantic.  What those investigations are likely to uncover could shake the financial markets to their very core.  In the end, this scandal could absolutely devastate confidence in the global financial system and it could potentially bring down a number of major global banks.  We have never seen anything quite like this before.

As mentioned before, Libor is the London Inter Bank Offered Rate.  A recent Washington Post article contained a pretty good explanation of what that means….

In the simplest terms, LIBOR is the average interest rate which banks in London are charging each other for borrowing. It’s calculated by Thomson Reuters — the parent company of the Reuters news agency — for the British Banking Association (BBA), a trade association of banks and financial services companies.

Why Does Libor Matter?

If you have a mortgage, a car loan or a credit card, then there is a very good chance that Libor has affected your personal finances.  Libor has been a factor in the pricing of hundreds of trillions of dollars of loans, securities and assets.  The following is from a recent article by Maureen Farrell….

These traders influenced the pricing of the London Interbank Offered Rate or Libor, a benchmark that dictates the pricing of up to $800 trillion of securities (yes trillion)

That is a number that is hard to even imagine.

Most American consumers do not even know what Libor is, but it actually plays a key role in the U.S. economy as the Washington Post recently explained….

In the United States, the two biggest indices for adjustable rate mortgages and other consumer debt are the prime rate (that is, the rate banks charge favored or “prime” consumers) and LIBOR, with the latter particularly popular for subprime loans. A study from Mark Schweitzer and Guhan Venkatu at the Cleveland Fed looked at survey data in Ohio and found that by 2008, almost 60 percent of prime adjustable rate mortgages, and nearly 100 percent of subprime ones, were indexed to LIBOR

Who Was Involved In This Scandal?

According to the Daily Mail, in addition to Barclays it is being alleged that at least 20 banks (including some major U.S. banks) were involved in this interest rate fixing scandal….

Hundreds of bankers across three continents are embroiled in the interest-rate fixing scandal that has left Barclays chief executive Bob Diamond fighting to save his job.

As pressure intensified on Britain’s highest paid banking boss to quit, MPs heard a string of other financial institutions across the world were under investigation.

At least 20 banks are believed to be under suspicion, with growing demands for a criminal investigation.

There are also indications that the Bank of England itself may have been involved in this scandal.

What Did They Do?

Employees at Barclays (and apparently at about 20 other major banks) were brazenly manipulating interest rates.  A recent Yahoo Finance article described how this worked…

To help the bank’s trading positions between 2005 and 2009, and most notably during the global financial crisis of 2007-09, the bank made false submissions to the Libor-setting committee, which agrees rates daily in London.

At the request of its own traders of interest-rate derivatives, Barclays made false submissions relating to Libor and Euribor (the eurozone benchmark rate). By doing this, Barclays personnel aimed to help their trading colleagues to profit by manipulating Libor.

Rigging the world’s leading benchmark for interest rates is pretty serious stuff. Indeed, in the words of the FSA, “Barclays’ behaviour threatened the integrity of the rates, with the risk of serious harm to other market participants”.

Many in the financial world have been absolutely horrified by the details of this scandal that have been emerging.

One recent CNN article declared that “the stench” coming from London is now “overwhelming”….

The Libor scandal has confirmed what many of us have known for some time: There is something smelly in the London financial world and the stench is now overwhelming.

But It is only when I read the Financial Services Authority report — all 44 pages of it — that is became clear just how widespread, how blatant was the fixing of the benchmark interest rate Libor and Euribor by Barclays. Brazen is the only word for it.

The emails and phone calls reveal that on dozens of occasions those who stood to gain by the decisions asked for favors (and got them) from those who helped set the interest rates.

You can read many examples of the kinds of emails that were exchanged between traders in New York and traders at Barclays in London right here.

What Does This Scandal Mean For The Future?

This scandal is making the global financial system look really, really bad.  Confidence in global financial markets has already been declining, and these new revelations are not going to help at all.  The following is how an article in the Huffington Post put it….

The ballooning interest rate manipulation scandal at Barclays, coupled with stock market instability, is likely to fuel fresh doubts about the integrity of the stock market, insiders said.

“Every time people begin to gain a little confidence, something else comes up,” said Randy Frederick, managing director of active trading and derivatives at Charles Schwab. “If it’s not Europe, it’s [troubled] IPOs, or JPMorgan or Barclays. Something new blows up and people say, ‘I knew it was rigged.’”

In addition, we are undoubtedly going to see a huge wave of lawsuits come out of this scandal.  Those lawsuits alone will gum up the financial system for a decade or more.

So needless to say, this is a very big deal.

Sadly, the revelations that have come out about Barclays in recent days are probably just the very tip of the iceberg.  Before this is all over, we are probably going to find out that most of the major global banks were involved.

At a time when the global financial system is already on the verge of a major implosion, this is not welcome news.

This financial scandal is just another reason to be deeply concerned about the second half of 2012.  The house of cards is starting to look really shaky, and nobody knows exactly when it will fall, but anyone with half a brain can see that things are progressively getting worse.

A “perfect storm” is rapidly developing, and when it strikes it is going to be very, very painful. 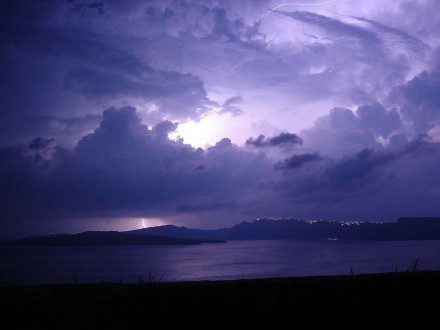