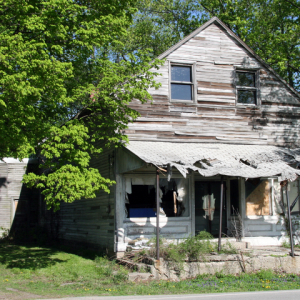 The death of the middle class in America has become so painfully obvious that now even the New York Times is doing stories about it.  Millions of middle class jobs have disappeared, incomes are steadily decreasing, the rate of homeownership has declined for eight years in a row and U.S. consumers have accumulated record-setting levels of debt.  Being independent is at the heart of what it means to be “middle class”, and unfortunately the percentage of Americans that are able to take care of themselves without government assistance continues to decline.  In fact, the percentage of Americans that are receiving government assistance is now at an all-time record high.  This is not a good thing.  Sadly, the number of people on food stamps has increased by nearly 50 percent while Barack Obama has been in the White House, and at this point nearly half the entire country gets money from the government each month.  Anyone that tries to tell you that the middle class is going to be “okay” simply has no idea what they are talking about.  The following are 28 signs that the middle class is heading toward extinction…

#1 You don’t have to ask major U.S. corporations if the middle class is dying.  This fact is showing up plain as day in their sales numbers.  The following is from a recent New York Times article entitled “The Middle Class Is Steadily Eroding. Just Ask the Business World“…

In Manhattan, the upscale clothing retailer Barneys will replace the bankrupt discounter Loehmann’s, whose Chelsea store closes in a few weeks. Across the country, Olive Garden and Red Lobster restaurants are struggling, while fine-dining chains like Capital Grille are thriving. And at General Electric, the increase in demand for high-end dishwashers and refrigerators dwarfs sales growth of mass-market models.

As politicians and pundits in Washington continue to spar over whether economic inequality is in fact deepening, in corporate America there really is no debate at all. The post-recession reality is that the customer base for businesses that appeal to the middle class is shrinking as the top tier pulls even further away.

#2 Some of the largest retailers in the United States that once thrived by serving the middle class are now steadily dying.  Sears and J.C. Penney are both on the verge of bankruptcy, and now we have learned that Radio Shack may be shutting down another 500 stores this year.

#3 Real disposable income in the United States just experienced the largest year over year drop that we have seen since 1974.

#4 Median household income in the United States has fallen for five years in a row.

#5 The rate of homeownership in the United States has fallen for eight years in a row.

#8 Incredibly, 56 percent of all Americans now have “subprime credit”.

#9 Total consumer credit has risen by a whopping 22 percent over the past three years.

#15 According to the Congressional Budget Office, interest payments on the national debt will nearly quadruple over the next ten years.

#17 More Americans than ever find themselves forced to turn to the government for help with health care.  At this point, 82.4 million Americans live in a home where at least one person is enrolled in the Medicaid program.

#18 There are 46.5 million Americans that are living in poverty, and the poverty rate in America has been at 15 percent or above for 3 consecutive years.  That is the first time that has happened since 1965.

#19 While Barack Obama has been in the White House, the number of Americans on food stamps has gone from 32 million to 47 million.

#20 While Barack Obama has been in the White House, the percentage of working age Americans that are actually working has declined from 60.6 percent to 58.6 percent.

#21 While Barack Obama has been in the White House, the average duration of unemployment in the United States has risen from 19.8 weeks to 37.1 weeks.

#24 Approximately one out of every four part-time workers in America is living below the poverty line.

#25 According to the most recent numbers from the U.S. Census Bureau, an all-time record 49.2 percent of all Americans are receiving benefits from at least one government program each month.

#26 The U.S. government has spent an astounding 3.7 trillion dollars on welfare programs over the past five years.

#27 Only 35 percent of all Americans say that they are better off financially than they were a year ago.

#28 Only 19 percent of all Americans believe that the job market is better than it was a year ago.

As if the middle class didn’t have enough to deal with, now here comes Obamacare.

As I have written about previously, Obamacare is going to mean higher taxes and much higher health insurance premiums for middle class Americans.

Not only that, but millions of hard working Americans are going to end up losing their jobs or having their hours cut back thanks to Obamacare.  For example, a fry cook named Darnell Summers recently told Barack Obama directly that he and his fellow workers “were broken down to part time to avoid paying health insurance“…

And the Congressional Budget Office now says that Obamacare could result in the loss of 2.3 million full-time jobs by 2021.

Several million people will reduce their hours on the job or leave the workforce entirely because of incentives built into President Barack Obama’s health care overhaul, the Congressional Budget Office said Tuesday.

That would mean job losses equal to 2.3 million full-time jobs by 2021, in large part because people would opt to keep their income low to stay eligible for federal health care subsidies or Medicaid, the agency said. It had estimated previously that the law would lead to 800,000 fewer jobs by that year.

But even if we got rid of Obamacare tomorrow that would not solve the problems of the middle class.

The middle class has been shrinking for a very long time, and something dramatic desperately needs to be done.

The numbers that I shared above simply cannot convey the level of suffering that is going on out there on the streets of America today.  That is why I also like to share personal stories when I can.  Below, I have posted an excerpt from an open letter to Barack Obama that a woman with a Master’s degree and 30 years of work experience recently submitted to the Huffington Post.  What this formerly middle class lady is having to endure because of this horrible economy is absolutely tragic…

I write to you today because I have nowhere else to turn. I lost my full time job in September 2012. I have only been able to find part-time employment — 16 hours each week at $12 per hour — but I don’t work that every week. For the month of December, my net pay was $365. My husband and I now live in an RV at a campground because of my job loss. Our monthly rent is $455 and that doesn’t include utilities. We were given this 27-ft. 1983 RV when I lost my job.

This is America today. We have no running water; we use a hose to fill jugs. We have no shower but the campground does. We have a toilet but it only works when the sewer line doesn’t freeze — if it freezes, we use the campground’s restrooms. At night, in my bed, when it’s cold out, my blanket can freeze to the wall of the RV. We don’t have a stove or an oven, just a microwave, so regular-food cooking is out. Recently we found a small toaster oven on sale so we can bake a little now because eating only microwaved food just wasn’t working for us. We don’t have a refrigerator, just an icebox (a block of ice cost about $1.89). It keeps things relatively cold. If it’s freezing outside, we just put things on the picnic table.

You can read the rest of her incredibly heartbreaking letter right here.

This is not the America that I remember.