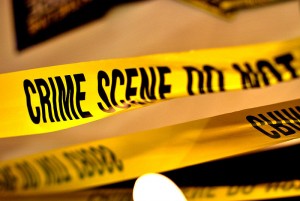 The global elite have now proven that when the chips are down they are going to go after any big pile of money that they think they can get their hands on.  That means that no bank account, no retirement fund and no stock portfolio on earth is safe.  Up until now, most people assumed that private bank accounts were untouchable and that deposit insurance actually meant something.  Now we see that there is no pile of money that is considered “off limits” by the global elite and deposit insurance means absolutely nothing.  The number one thing that any financial system depends on is faith.  If people do not have faith in the safety and stability of a financial system, it will not work.  Well, the people that rule the world have just taken a sledgehammer to the trust that we all had in the global financial system.  They have broken the unwritten social contract that global banking depends on.  So now we will see a run on the banks, and this will not just be limited to a few countries in southern Europe.  Rather, this will be worldwide in scope.  Yoda may have put it this way: “Begun, the global bank run has.”  All over the world, frightened people are going to start pulling money out of the banks.  A lot of that money will go into gold, silver and other hard assets.  And as money starts coming out of the banks, this could cause many of the large banks that have been teetering on the edge of disaster to finally collapse.

Many of you may not believe that they would ever come after bank accounts, retirement funds or stock portfolios in the United States.

Many of you may be entirely convinced that the Great Cyprus Bank Robbery could never happen in America.

Well, where do you think this whole plan was dreamed up?

It was the IMF that reportedly pushed the hardest for the wealth tax in Cyprus, and the IMF is headquartered right in the heart of Washington D.C.

Almost every nation on the planet has to deal with the IMF.  It is an organization that is dominated by the United States and that is always involved when there is an international debt crisis.

If the IMF thinks that it is a great idea to steal from bank accounts to solve a financial crisis in Cyprus, why wouldn’t they impose a similar solution in other countries in the future?

And if bank accounts are no longer safe, are there any truly safe places to put your money?

You can trust the politicians when they tell you that an unannounced “wealth tax” will never happen where you live if you want, but that is the exact same lie that the politicians in Cyprus were telling their people until the day that it happened.  The following is from an article in the Cyprus Mail…

And after all, President Anastasiades had emphatically declared in his inauguration speech that “absolutely no reference to a haircut on public debt or deposits will be tolerated,” adding that “such an issue isn’t even up for discussion.” Finance Minister Michalis Sarris made similarly reassuring statements, arguing that it would be lunacy for the EU to impose such a measure because it would threaten the euro system.

At this point, politicians in Cyprus have been given two very unappealing options.  Either they vote yes on the wealth tax and destroy all faith in the banking system of Cyprus, or they vote no and they are forced out of the eurozone.  In either case, we will probably see the financial system of Cyprus collapse and their economy plunge deep into depression.

At this point, the vote has been delayed until Tuesday.  Apparently some additional “arm twisting” was required to get the needed votes.

And there have been proposals to change the terms of the wealth tax.  Reportedly, some politicians want to impose a maximum rate of up to 15 percent on bank accounts of over 500,000 euros so that the rate on smaller accounts can be decreased.

It has also been announced that the earliest that banks in Cyprus will reopen will be Thursday.

But what is happening in Cyprus is small potatoes compared to how this will affect the rest of the world.  The entire planet is watching this unfold, and as a recent article by Lucas Jackson described, faith in the global financial system is being greatly shaken…

It would be hard to over-emphasize how significant the Cyprus situation is.  The EU demonstrated under no uncertain circumstances that they will destroy the rule of law to maintain their own power.  It was a recognition of tyranny that many of us have always assumed was the case but yesterday became reality.

The damage done here is not related to the size of the haircut – currently discussed between 3 and 13% – but rather that the legal language which each and every investor on the planet must rely on in order to maintain confidence in the system has been subordinated to the needs of the powerful elite.  To the power elite making the major decisions in DC, London, Berlin, France, Brussels, et. al., laws are like ice cream, easily melted.

Which begs the question, who is next?  Will it be Portugal?  Greece? Spain?  Italy?  France???

Will they impose a “one-time” tax on your bank account?  Your house?  Your stocks and bonds?  Retirement accounts?

The global elite have declared open season on all large piles of money, and now many people all over the world will consider taking money out of the bank to be the rational thing to do.  This will especially be true in countries in southern Europe since they would probably be the next to have wealth confiscated.

It’s as if the Europeans are holding up a neon sign, written in Greek and Italian, saying “time to stage a run on your banks!”

Tomorrow and the days immediately following should be very interesting.

The global elite have truly “crossed the Rubicon” by going after private bank accounts.  It is almost as if they purposely chose the most damaging solution possible to the financial crisis in Cyprus.

Many in the financial world are absolutely stunned by all of this.  For example, David Zervos is describing this move as a “nuclear war on savings and wealth“…

All of us should really take a moment to consider what the governments of Europe have done. To be clear, they initiated a surprise assault on the precautionary savings of their own people. Such a move should send shock waves across the entire population of the developed world. This was not a Bernanke style slow moving financial repression against risk free savings that is meant to stir up animal spirits and force risk taking. This is a nuclear war on savings and wealth – something that will likely crush animal spirits. This is a policy move you expect from a dictatorial regime in sub-Saharan Africa, not in an EMU member state. If the European governments can clandestinely expropriate 7 to 10 percent of their hard working citizen’s precautionary savings after the close of business on a Friday night, what else are they capable of doing? Why even hold money in a bank account? Are they trying to start a bank run?

So what motivated the global elite to do this?

According to CNBC, one of the motivations was to go after the Russians that had been using the banking system of Cyprus to launder money…

Indeed, the IMF is reported to have been keen on the levy as a way to stem the flood of Russian money into the island over the last few years which has prompted concerns over money laundering.

Russian money accounts for about 25 percent of all money in the banking system of Cyprus, and obviously the Russians are quite upset by what the IMF and the EU have decided to do.  Even Vladimir Putin is loudly denouncing this move…

Russian President Vladimir Putin called the tax “unfair, unprofessional and dangerous,” according to a statement posted on the Kremlin website. Russian companies and individuals have $31 billion of deposits in Cyprus, according to Moody’s.

And you haven’t heard a lot about this in the western media, but the Russians have actually stepped forward and have offered to help Cyprus out of this jam.  For example, there are reports that Russian investors are interested in buying the two banks that were the primary cause of this bailout…

Officials have also said Russian investors are interested in buying a majority stake in Cyprus Popular Bank and increasing their holdings in Bank of Cyprus – the two biggest banks on the Mediterranean island.

And according to Sky News, Gazprom has offered Cyprus a very large sum of money for the right to explore their offshore gas reserves that have not been developed yet…

The uncertainty comes as Russia’s finance minister said his country would consider restructuring its loans to Cyprus.

So far the government of Cyprus has rejected the help of the Russians, but could they change their mind at some point?  Apparently the Russians are offering enough money to completely fund the bank bailout…

According Greek Reporter, Gazprom made an offer over the weekend to the Cypriot government to fund the bank restructuring planned under the Cypriot bailout (which is set to cost up to €10bn) in exchange for exclusive exploration rights for Cypriot territorial waters. How reliable this story is remains to be seen, but it does hint at the geopolitical tension which we have been warning about.

Gazprom is known to be very close to the Russian government and despite Russian President Vladimir Putin overtly slamming the deposit tax – calling it “unfair, unprofessional and dangerous” –  it is unlikely that they would let this opportunity pass untouched. Fortunately, the Cypriot government is said to have rejected the deal off the bat, but if displeasure towards the eurozone and the EU grows, the Russian option may become increasingly appealing.

It will be very interesting to see what happens.

Meanwhile, some European officials are already suggesting that other nations in southern Europe should have a “wealth tax” imposed upon them.  The following comes from an article by Paul Joseph Watson…

Joerg Kraemer, chief economist of the German Commerzbank, has called for private savings accounts in Italy to be similarly plundered. “A tax rate of 15 percent on financial assets would probably be enough to push the Italian government debt to below the critical level of 100 percent of gross domestic product,” he told Handelsblatt.

A “tax” of 15 percent on all financial assets?

Could you imagine if you woke up one morning and the government had decided to suddenly steal 15 percent of all the money that you had in bank accounts, retirement funds and stock portfolios?

If I had a bank account in Italy I would be very nervous right about now.

Under normal circumstances these kinds of things don’t happen, but governments will use an “emergency” to justify all kinds of things.  I recently came across an article that included a great quote by Herbert Hoover that put this beautifully…

“Every collectivist revolution rides in on a Trojan horse of ‘emergency’. It was the tactic of Lenin, Hitler, and Mussolini. In the collectivist sweep over a dozen minor countries of Europe, it was the cry of men striving to get on horseback. And ‘emergency’ became the justification of the subsequent steps. This technique of creating emergency is the greatest achievement that demagoguery attains.”

This is what the elite love to do.

They love to create order out of chaos.

And this is just the beginning.  The Great Cyprus Bank Robbery was just a beta test for what is coming next.

As the global financial system crumbles, the global elite are going to target our bank accounts, our retirement funds and our stock portfolios.  You might want to start thinking about how you will protect yourself. 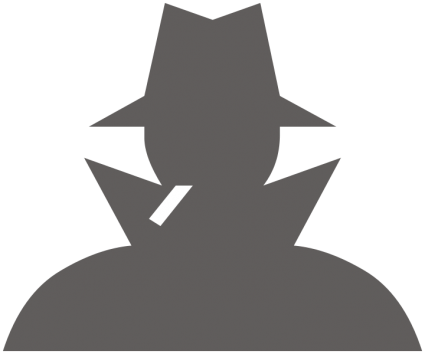