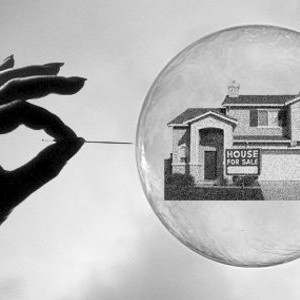 Over the past several months, many in the mainstream media have hailed the slight improvement in the U.S. real estate market as a “housing recovery”.  But the truth is that the small improvement in the numbers was primarily due to a significant number of Americans attempting to squeeze their home purchases in before the huge home buyer tax credit expired at the end of April.  Now that there is no more giant tax incentive, real estate professionals all over the United States are fearing the worst.  Mortgage defaults and foreclosures are still at record levels, and a giant “second wave” of adjustable rate mortgages is scheduled to reset in 2011 and 2012.  In addition, there are numerous indications that the U.S. economy as a whole is going to experience a dramatic downturn shortly, and if that happens it is going to be really bad news for the housing industry.  So are we about to see “Housing Crash Part 2”?

The reality is that it has taken unprecedented U.S. government intervention to even stabilize the U.S. housing market.  Now that the tax credit has expired, and as the U.S. economy continues to worsen, there is simply no way (except if we see hyperinflation at some point) that housing prices are going to return to the levels that we saw during the height of the housing bubble.

Banks and other lending institutions all across the U.S. have seriously tightened their lending standards and so it is now much more difficult to get approved for a mortgage.  That means that there are going to be less home buyers in the marketplace.

In addition, while mortgage rates are at record lows right now, the truth is that they will not stay there indefinitely.  When interest rates do start to rise that is going to suck even more home buyers out of the market.

Truthfully, the housing market is not going to be as good as it was during the first several months of 2010 for quite some time.  The entire U.S. economy is on the verge of collapse, and when it does the real estate industry is going to be one of the first to feel the pain.

The following are 12 reasons why the U.S. housing crash is far from over….

#1) Now that the huge home buyer tax credit (government bribe to purchase homes) has expired, the real estate industry is bracing for the worst.  The truth is that a significant percentage of those Americans that planned to buy a home in 2010 really tried to squeeze their purchases in before the April 30th deadline in order to take advantage of the tax incentive.  According to mortgage consultant Mark Hanson, “buyers were bidding on everything and sellers were accepting anything and everything before 4/30.”  Now that the tax credit is over, things could get really slow for the U.S. real estate market.

#2) A massive “second wave” of adjustable rate mortgages is scheduled to reset in 2011 and 2012.  In fact, there are many analysts that are openly speculating that this second wave could be even more brutal than the first wave that we experienced in 2007 and 2008.

#3) The number of home sale closings in May was down more than 5% compared to April.

#4) Newly signed home sale contracts dropped more than 10% in May.

#5) There has been an even more dramatic decline in mortgage applications.  In fact, home purchase applications are now almost 40 percent below the level of just four weeks ago.

#6) Internet searches on real estate websites are down 20 percent compared to this same time period in 2009.

#7) From all indications, a record number of foreclosures is going to continue to flood the market.  The Mortgage Bankers Association recently announced that more than 10 percent of all U.S. homeowners with a mortgage had missed at least one payment during the January to March time period.  That was a record high and up from 9.1 percent a year ago.

#9) A staggering 24% of all homes with mortgages in the United States were underwater as of the end of 2009.

#10) People can’t buy houses if they are flat broke.  For the first time in U.S. history, more than 40 million Americans are on food stamps, and the U.S. Department of Agriculture projects that number will go up to 43 million Americans in 2011.

#11) The truth is that American consumers are stretched to the limit and are increasingly finding it very difficult to pay their bills.  During the first quarter of 2010, the total number of loans that are at least three months past due in the United States increased for the 16th consecutive quarter.

#12) The overall U.S. economy is in really bad shape and is rapidly getting worse.  If American workers cannot find good jobs and if they keep going bankrupt in record numbers they simply are not going to be able to buy homes in 2010 or any year thereafter.

Those who are projecting a robust housing recovery are living in some kind of fantasy world.  It is just not going to happen.  Let’s just hope that things don’t get as bad as the numbers seem to indicate that they might.  Another devastating housing crash would just suck the life right out of the U.S. economy.  So let us hope for the best but also let us be prepared for the worst. 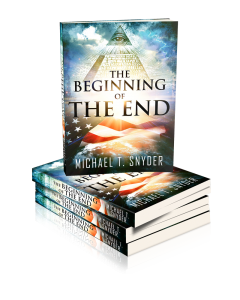