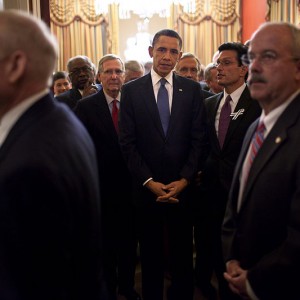 Show this article to anyone that believes that the economy has actually improved under Barack Obama.  On Tuesday evening, Barack Obama once again attempted to convince all of us that things have gotten better while he has been in the White House.  He quoted a few figures, used some flowery language and made a whole bunch of new promises.  And even though he has failed to follow through on his promises time after time, millions upon millions of Americans continue to believe him.  In fact, you can find a list of 82 unfulfilled promises from his previous State of the Union addresses right here.  Soon we will have even more to add to that collection.  At this point, you have to wonder if Obama even believes half the stuff that he is saying.  Of course it is extremely unlikely that he is going to come out and admit that he has failed and that he has been lying to us this whole time, but without a doubt the gap between reality and what he is saying to the public is becoming ridiculously huge.  To say that his credibility is “strained” would be a massive understatement.  No, things have not been getting better in America.  In fact, they continue to get even worse.  The following are 32 statistics that Obama neglected to mention during the State of the Union address…

#1 According to a recent NBC News/Wall Street Journal poll, only 28 percent of all Americans believe that the country is moving in the right direction.

#4 Right now there is approximately a billion square feet of vacant retail space in the United States.

#5 There are 46.5 million Americans that are living in poverty, and the poverty rate in America has been at 15 percent or above for 3 consecutive years.  That is the first time that has happened since 1965.

#6 Barack Obama says that the unemployment rate has declined to 6.7 percent, but if the labor force participation rate was at the long-term average it would actually be approximately 11.5 percent, and it has stayed at about that level since the end of the last recession.

#7 While Barack Obama has been in the White House, the number of Americans on food stamps has gone from 32 million to 47 million.

#8 While Barack Obama has been in the White House, the percentage of working age Americans that are actually working has declined from 60.6 percent to 58.6 percent.

#9 While Barack Obama has been in the White House, the average duration of unemployment in the United States has risen from 19.8 weeks to 37.1 weeks.

#10 While Barack Obama has been in the White House, social benefits as a percentage of real disposable income has risen from about 17 percent to nearly 21 percent.

#11 While Barack Obama has been in the White House, the rate of homeownership in the United States has fallen to levels that we have not seen in nearly two decades.

#12 While Barack Obama has been in the White House, median household income in the United States has fallen for five years in a row.

#15 Workers are taking home the smallest share of the income pie that has ever been recorded.

#16 Sadly, 1,687,000 fewer Americans have jobs today compared to exactly six years ago even though the population has grown significantly since then.

#17 One recent study found that about 60 percent of the jobs that have been “created” since the end of the last recession pay $13.83 or less an hour.

#18 Only 47 percent of all adults in America have a full-time job at this point.

#20 The Obama years have been absolutely brutal for small businesses.  According to economist Tim Kane, the following is how the number of startup jobs per 1000 Americans breaks down by presidential administration…

#21 You can still buy a house in the city of Detroit for just one dollar.

#23 It is being projected that health insurance premiums for healthy 30-year-old men will rise by an average of 260 percent under Obamacare.

#24 According to the most recent numbers from the U.S. Census Bureau, an all-time record 49.2 percent of all Americans are receiving benefits from at least one government program each month.

#26 The U.S. national debt is on pace to more than double during the eight years of the Obama administration.  In other words, under Barack Obama the U.S. government will accumulate more debt than it did under all of the other presidents in U.S. history combined.

#27 Right now, there are 1.2 million students that attend public schools in the United States that are homeless.  That number has risen by 72 percent since the start of the last recession.

#28 Only 35 percent of all Americans say that they are better off financially than they were a year ago.

#29 Only 19 percent of all Americans believe that the job market is better than it was a year ago.

#30 According to a recent CNN poll, 70 percent of all Americans believe that “the economy is generally in poor shape”.

#32 According to another poll that was recently released, 70 percent of all Americans do not have confidence that the government will “make progress on the important problems and issues facing the country in 2014.” 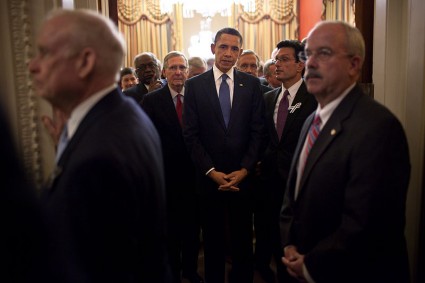