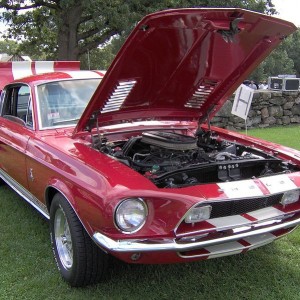 Are American workers paid enough?  That is a topic that is endlessly debated all across this great land of ours.  Unfortunately, what pretty much everyone can agree on is that American workers are not making as much as they used to after you account for inflation.  Back in 1968, the minimum wage in the United States was $1.60 an hour.  That sounds very small, but after you account for inflation a very different picture emerges.  Using the inflation calculator that the Bureau of Labor Statistics provides, $1.60 in 1968 is equivalent to $10.74 today.  And of course the official government inflation numbers have been heavily manipulated to make inflation look much lower than it actually is, so the number for today should actually be substantially higher than $10.74, but for purposes of this article we will use $10.74.  If you were to work a full-time job at $10.74 an hour for a full year (with two weeks off for vacation), you would make about $21,480 for the year.  That isn’t a lot of money, but according to the Social Security Administration, 40.28% of all workers make less than $20,000 a year in America today.  So that means that more than 40 percent of all U.S. workers actually make less than what a full-time minimum wage worker made back in 1968.  That is how far we have fallen.

The other day I wrote an article which discussed the transition that we are witnessing in our economy right now.  Good paying full-time jobs are disappearing, and they are being replaced by low paying part-time jobs.  So far this year, 76.7 percent of the jobs that have been “created” in the U.S. economy have been part-time jobs.

That would be depressing enough, but what makes it worse is that wages for many of these low paying jobs have actually been declining over the past decade even as the cost of living keeps going up.  The following is from a recent USA Today article…

In the years between 2002 and 2012, real median wages dropped by at least 5% in five of the top 10 low-wage jobs, including food preparers and housekeepers.

So where have the good jobs gone?

First of all, thanks to our very foolish politicians American workers have been merged into a global labor pool where they must directly compete for jobs with workers on the other side of the planet that live in countries where it is legal to pay slave labor wages.  This has resulted in millions upon millions of good jobs leaving this country.  Big corporations can pad their profits by taking a job from an American worker making $15 an hour with benefits and giving it to a worker on the other side of the globe that is willing to work for less than a dollar an hour with no benefits.  Our politicians could do something about this, but they refuse to do so.  Most of them are absolutely married to the idea of a one world economic system that will unite the globe.  Unfortunately, the U.S. economy is going to continue to lose tens of thousands of businesses and millions upon millions of jobs to this one world economic system.

Secondly, big corporations are replacing as many expensive workers with machines, computers and robots as they possibly can.  As technology continues to advance at a blistering pace, the need for workers (especially low-skilled workers) will continue to decrease.  Unfortunately, the jobs that are being lost to technology are not coming back any time soon.

Thirdly, the overall U.S. economy has been steadily declining for more than a decade.  If you doubt this, just read this article.  As our economy continues to get weaker, the lack of jobs is going to become a bigger and bigger problem.

And as our economy systematically loses good jobs, more Americans are forced to become dependent on the government.

When I first found that statistic I was absolutely stunned.  How in the world can anyone out there deny that the U.S. economy is collapsing?

But as I mentioned above, it isn’t just that the number of jobs is not what it should be.  The quality of our jobs is declining as well.  For example, one study found that between 1969 and 2009 the wages earned by American men between the ages of 30 and 50 declined by 27 percent after you account for inflation.

That is a pretty stunning decline.  And it has only accelerated in recent years.  Median household income (adjusted for inflation) has fallen by 7.8 percent since the year 2000, and the ratio of wages and salaries to GDP in the United States is near an all-time record low.

Most Americans are finding that their bills just keep going up but their paychecks are not.  This is causing the middle class to wither away, and most families are just trying to survive from month to month at this point.  In fact, according to one recent survey 76 percent of all Americans are living paycheck to paycheck.

To some people the answer is simple.  They say that we should substantially raise the minimum wage.  And yes, that would definitely make life a bit better for lots of low paid workers out there, but it would also have some very negative side effects.  A substantially higher minimum wage would mean higher prices at retail stores and restaurants, and it would also greatly increase the incentive that corporations have to replace American workers with foreign workers or with technology.  We already have rampant unemployment in this country, and right now there are more than 100 million working age Americans that do not have a job.  We certainly don’t want to make that worse.

What we really need to do is to return to the principles that once made this country great.  In early America, we protected our markets with high tariffs.  Access to the U.S. market was a privilege.  Foreign domination was kept out, and our economy thrived.

It is definitely not “conservative” and it should not be “liberal” to stand by and watch millions upon millions of our good jobs get shipped over to communist China.  We need more “economic patriots” in America today, but unfortunately they appear to be a minority at this point.

And once upon a time the U.S. economy was actually a free market system where rules, regulations and red tape were kept to a minimum.  Our nation blossomed under such a system.  Sadly, today we have become a nation that literally has millions of laws, rules and regulations.  The control freaks seem to run everything.  In fact, the Obama administration recently forced one small-time magician out in Missouri to submit a 32 page disaster plan for the little rabbit that he uses in his magic shows for kids.  That is a very humorous example, but it is a perfect illustration of how absurd our system has become.

Another thing we could do to turn this around would be to get rid of the IRS and the income tax.  Did you know that the greatest period of economic growth in U.S. history was during a time when there was absolutely no income tax?  If you doubt this, just read this article.

And of course probably the most important thing that we could do for our economy would be to get rid of the Federal Reserve.  The Fed is a massive Ponzi scheme and it has played a primary role in creating almost every single financial bubble in the post-World War II era.  Right now we are living in the greatest bond bubble in the history of the planet, and when that Fed-created bubble bursts the pain is going to be absolutely excruciating.  In addition, the value of our currency has declined by over 96 percent and the size of the U.S. national debt has gotten more than 5000 times larger since the Fed was created.  The Federal Reserve is at the very heart of our economic problems, and we desperately need to shut it down.

Unfortunately, our politicians are not even willing to consider these solutions, and most Americans are way too busy watching Toddlers & Tiaras, Honey Boo Boo and other mindless television programs to be bothered with the real problems that our country is facing.

So needless to say, the great economic storm that is coming is not going to be averted.  Most of the country is still asleep, and most people are going to get absolutely blindsided by the economic nightmare that is rapidly approaching.