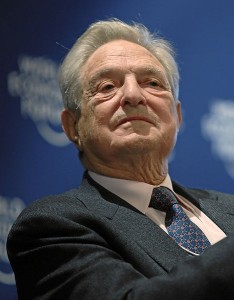 Over the past couple of weeks, George Soros, the IMF and the World Bank have all issued incredibly chilling warnings about the possibility of an impending economic collapse.  Considering the power and the influence that Soros, the IMF and the World Bank all have over the global financial system, this is very alarming.  So are they purposely trying to scare the living daylights out of us?  Soros is even warning of riots in the streets of America.  Unfortunately, way too often top global leaders say something in public because they want to “push” events in a certain direction.  Do George Soros and officials at the IMF and World Bank hope to prevent a worldwide financial collapse by making these statements, or are other agendas at work?  We may never know.  But one thing is for sure – many of the top financial officials in the world are using language that is downright “apocalyptic”, and that is not a good sign for the rest of 2012.

Right now, George Soros is saying things that he has never said before.  Just check out what George Soros recently told Newsweek….

“I am not here to cheer you up. The situation is about as serious and difficult as I’ve experienced in my career,” Soros tells Newsweek. “We are facing an extremely difficult time, comparable in many ways to the 1930s, the Great Depression. We are facing now a general retrenchment in the developed world, which threatens to put us in a decade of more stagnation, or worse. The best-case scenario is a deflationary environment. The worst-case scenario is a collapse of the financial system.”

Later on in that same article, Soros is quoted as saying that we could soon see the U.S. government using “strong-arm tactics” to crack down on rioting in the streets of major U.S. cities….

As anger rises, riots on the streets of American cities are inevitable. “Yes, yes, yes,” he says, almost gleefully. The response to the unrest could be more damaging than the violence itself. “It will be an excuse for cracking down and using strong-arm tactics to maintain law and order, which, carried to an extreme, could bring about a repressive political system, a society where individual liberty is much more constrained, which would be a break with the tradition of the United States.”

It almost sounds like George Soros is anticipating the same kind of a breakdown of society that many survivalists and preppers are getting ready for.

So how bad are things going to get?

Well, George Soros is publicly warning that the coming financial crisis could end up being even worse than 2008.  Just check out the following quotes from him that appeared in a recent Businessweek article….

Billionaire investor George Soros said Europe’s sovereign-debt woes are “more serious” than the financial crisis of 2008 and that the world faces the prospect of a “vicious circle” of deflation.

“We have a more dangerous situation now than in 2008,” Soros, 81, said in response to a question at an event in the southern Indian city of Bangalore today. “The crisis in Europe is more serious than the crash of 2008.”

But George Soros is not the only one issuing these kinds of warnings.

Once again, the head of the IMF, Christine Lagarde, has made a speech in which she openly warned that we are heading for a repeat of the “1930s”.

She told an audience in Berlin on Monday that the globe is facing “a 1930s moment, in which inaction, insularity and rigid ideology combine to cause a collapse in global demand”.

During the speech she called for a trillion more dollars to support financially troubled governments, and she made the following statement….

“It is not about saving any one country or region. It is about saving the world from a downward economic spiral.”

As I wrote about the other day, the World Bank has also been using apocalyptic language about the global financial situation.  In a shocking new report, the World Bank revised GDP growth estimates for 2012 downward very sharply, it warned that Europe could be facing financial collapse at any time, and it instructed the rest of the world to “prepare for the worst.”

The lead author of the report, Andrew Burns, said that the “importance of contingency planning cannot be stressed enough” and that if there is a major financial crisis in Europe the entire globe will be deeply affected….

“An escalation of the crisis would spare no-one. Developed- and developing-country growth rates could fall by as much or more than in 2008/09.”

So should we be alarmed that George Soros, the IMF and the World Bank are all proclaiming that a financial nightmare could be just around the corner?

Of course we should be.

Whether their motives are pure or not, they are telling the truth about the global financial situation in this case.  As I have written about so frequently, there are a whole host of signs that indicate that we could be on the verge of a major global recession.

A lot of folks in the investment world are warning that hard times are about to hit us as well.  For example, the following is what legendary investor Joseph Granville recently told Bloomberg Television….

Joseph Granville, whose “sell everything” call in 1981 sparked a decline in U.S. stocks, said the Dow Jones Industrial Average (INDU) will drop toward 8,000 this year because of waning momentum and volume.

“Volume precedes prices,” Granville, 88, a technical analyst who has been publishing the Granville Market Letter from Kansas City, Missouri for about 50 years, said in an interview on “Street Smart” on Bloomberg Television. “You are seeing much lower volume. That tells you that prices are going to go much lower, much lower than most people think possible and very few people have projected.”

Considering all of the warnings out there, it only seems prudent to prepare for the worst.

But unfortunately, a lot of people are just going to leave their holdings sitting out there like a dead duck, and they are going to be absolutely devastated by the coming financial tsunami.

Those that believe that the United States can somehow escape the coming financial storm don’t really know what they are talking about.

In fact, there was very troubling news for the U.S. dollar just the other day.  It was announced that India will start paying for its oil from Iran in a currency other than U.S. dollars.

But this is just another sign that the rest of the world is starting to reject the U.S. dollar.  For decades, the U.S. dollar has been the reserve currency of the world and this has given us a tremendous advantage.  Unfortunately for us, that is now changing.

U.S. newspapers are not talking about what is going on, but mainstream newspapers in Europe are.  Right now, some of the biggest countries in the world are working on plans to quit using U.S. dollars for the buying and selling of oil.

The following comes from a recent article in The Independent….

In the most profound financial change in recent Middle East history, Gulf Arabs are planning – along with China, Russia, Japan and France – to end dollar dealings for oil, moving instead to a basket of currencies including the Japanese yen and Chinese yuan, the euro, gold and a new, unified currency planned for nations in the Gulf Co-operation Council, including Saudi Arabia, Abu Dhabi, Kuwait and Qatar.

Secret meetings have already been held by finance ministers and central bank governors in Russia, China, Japan and Brazil to work on the scheme, which will mean that oil will no longer be priced in dollars.

The plans, confirmed to The Independent by both Gulf Arab and Chinese banking sources in Hong Kong, may help to explain the sudden rise in gold prices, but it also augurs an extraordinary transition from dollar markets within nine years.

This is a very big deal, and if this gets pulled off it is going to have devastating consequences for the U.S. dollar and for the U.S. economy.

But of course when it comes to troubles for the U.S. financial system, there are a whole host of issues that could be talked about.

An environment for a “perfect storm” is developing, and most Americans have absolutely no idea what is about to happen.

Fortunately, there are some researchers out there that are working hard to sound the alarm bells.  For example, the following quote comes from a recent interview with Gerald Celente….

I believe that we have to watch out for something along the lines of an economic martial law. The European system is in collapse. The financial system in the United States is just as tenuous, if not more, and I believe they will not admit there will be a financial crash but rather they will use a geo-political issue to get the people in a state of fear and hysteria whereby they’ll then call a bank holiday or devaluation of the currency, or a hyperinflation of the currency, and blame it on somebody else.

It would be wise to listen to what experts such as Gerald Celente are saying.

Now is the time to take stock of where you are at and to make plans for the coming year.

Just because things have “always” been a certain way does not mean that they will continue to be that way.

Just because certain things have “always” worked in the past does not mean that they will continue to work in the future.

Our world is experiencing fundamental changes.  It is changing at a faster pace than we have ever seen before.  The way that we all live our lives five or ten years from now will be vastly different from how we live our lives today. 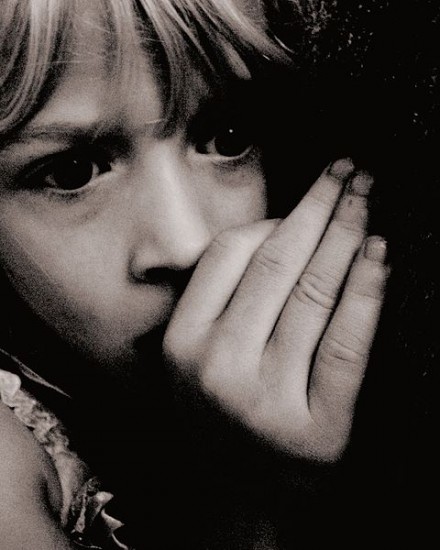