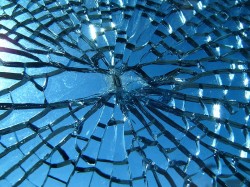 How would you feel if you worked for a state or local government for 20 or 30 years only to have your pension slashed dramatically or taken away entirely?  Well, this exact scenario is playing out from coast to coast and in the years ahead millions of elderly Americans are going to be affected by broken promises and vanishing pensions.  In the old days, things were much different.  You would get hired by a big company or a government institution and you knew that the retirement benefits that they were promising you would be there when you retired in a few decades.  Unfortunately, we have now arrived at a time when government institutions and big companies have promised far more than they are able to deliver, and “pension reform” has become one of the hot button issues all over the nation.  Many Americans that have been basing their financial futures on their pensions are waking up one day and finding that their pensions are either gone or have been cut back dramatically.  According to Northwestern University Professor John Rauh, the latest estimate of the total amount of unfunded pension and healthcare obligations for state and local governments across the United States is 4.4 trillion dollars.  America is continually becoming a poorer nation and all of that money is simply not going to magically materialize somehow.  So where is that 4.4 trillion dollars going to come from?  Well, either pension benefits are going to have to be cut a lot more all over America or taxes will need to be raised dramatically.  Either way, we are all going to feel the pain of these broken promises.

There simply is not enough money out there to keep all of the pension commitments that have been made.  Something has got to give.  In the end, millions of elderly Americans will likely be plunged into poverty as pensions disappear.

Some local governments around the nation are already declaring bankruptcy and are either eliminating pensions or are cutting them very deeply.  Just check out what just happened in Central Falls, Rhode Island….

For years, city officials promised robust union contracts and pensions without raising revenue to pay for them. Last August, the math caught up with them. Central Falls was broke, its pension fund short $46 million. It declared bankruptcy.

He said he could not make the payments on his house after his pension was cut by $1,100 a month.

When will the math catch up with the city where you are living?

For years and years most of our state and local politicians have been ignoring this problem.  But eventually a day comes when you simply cannot ignore it any longer.

Check out what Pensacola Mayor Ashton Hayward said about the situation in his city recently….

“When our annual pension liability is more than our yearly property tax revenues, we have to do something”

Keep in mind that taxpayers don’t get any new services for money spent on pensions.  It is money that goes straight into the pockets of retired workers.  State and local governments are desperately trying to pay retired workers what they are owed and fund ongoing government functions at the same time, but many have reached the breaking point.

All over the country, state and local governments are going broke.  The following is from a recent article by Duff McDonald….

Alabama’s Jefferson County has actually gone bankrupt. Stockton, California is all but ready to do the same. And all you have to do is look to Detroit—or any of the nearby auto towns named after a Buick model of one sort or another—and you see fiscal crisis playing out right now. Look in your own backyard—or at the potholes on your neighborhood roads—and you will likely find the same.

Things are so bad in Stockton, California that they are actually skipping debt payments….

The city of 290,000 that rode the wave of the housing boom in the late 1990s and early 2000s now finds itself littered with foreclosed homes, saddled with pension, health care and other obligations it can’t afford, and unable to pay its bills.

And did you notice what is being blamed for the financial problems in Stockton?

Sadly, we are seeing pension nightmares erupt all over the nation right now.

PSERS had an accrued unfunded liability of nearly $26.5 billion, the amount of money the fund is short to cover existing retirement benefits. That hole is expected to grow to $43 billion by 2019. SERS is $12.5 billion in the red, and that shortfall is expected to climb to nearly $18 billion by 2018. Unless the stock market makes giant sustained gains, taxpayers will have to refill those funds.

In California, the Orange County Employees Retirement System is estimated to have a 10 billion dollar unfunded pension liability.

How in the world can a single county be facing a 10 billion dollar hole?

In fact, there are going to be a whole lot of broken promises all over the country.

That comes to about $22,000 for every single working adult in the state of California.

So where is all of that money going to come from?

But at least most state and local government employees are still covered by pension plans, even if they are failing.

In the private sector, pension plans are vanishing at lightning speed.

According to the Boston College Center for Retirement Research, the percentage of workers in America covered by a traditional pension plan fell from 62 percent in 1983 to 17 percent in 2007.

That isn’t just a trend.

That is a tidal wave.

And many of the private pension plans that still exist are massively underfunded.  For example, Verizon’s pension plan is underfunded by 3.4 billion dollars.

So what should Americans do in light of all this?

Well, the number one thing to realize is that the pension plan you have been counting on could disappear at any time.

We live in an economic environment that is extremely unstable, and about the only thing you can count on in this environment is rapid and dramatic change.

Do not plan your financial future around a pension plan.  If you do, you are likely to be bitterly disappointed.

Americans that plan to retire in the coming years should do their best to try to fund their own retirements.

Unfortunately, most Americans are not putting away much of anything for retirement.  As I have written about previously, one study found that American workers are $6.6 trillion short of what they need to retire comfortably.

Over the next 20 years approximately 10,000 Baby Boomers will be retiring every single day.

A lot of them are going to be blindsided by empty pension funds and broken promises.

We are facing a retirement crisis of unprecedented magnitude, and there is not much hope in sight.

And if there is a major stock market crash, things are going to be much, much worse.

Most pension funds and retirement plans are heavily invested in the stock market.  If we were to see a major financial crisis like we saw back in 2008 it would be absolutely devastating.  Millions of Americans could see their retirement plans wiped out in short order.

Once again, please do not place your faith in the system.

If you do, you are likely to end up holding a bag of broken promises.

If you hope to retire any time soon, you better plan on being able to take care of yourself. 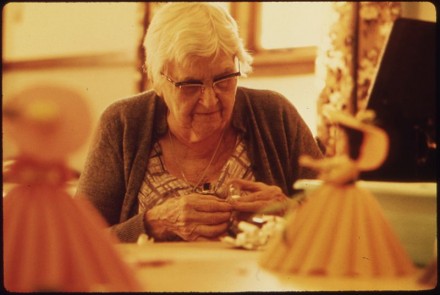