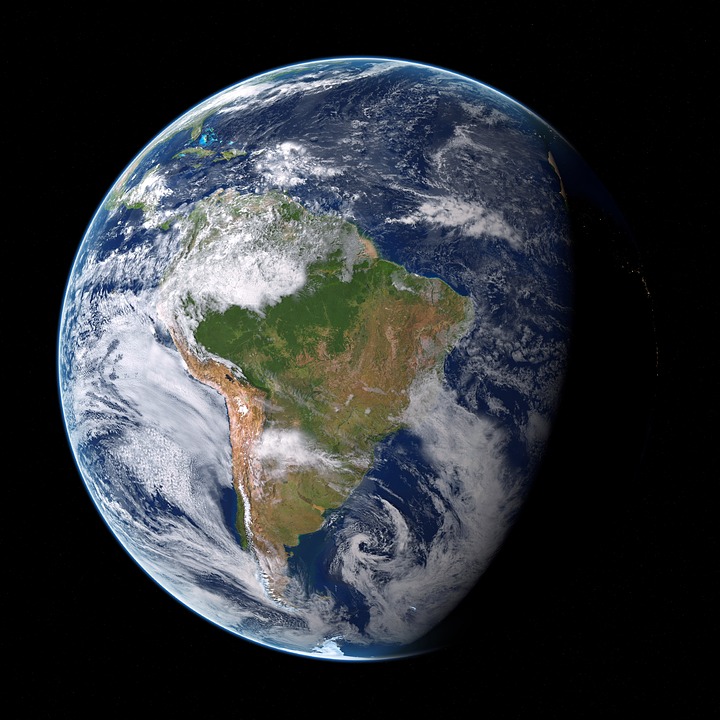 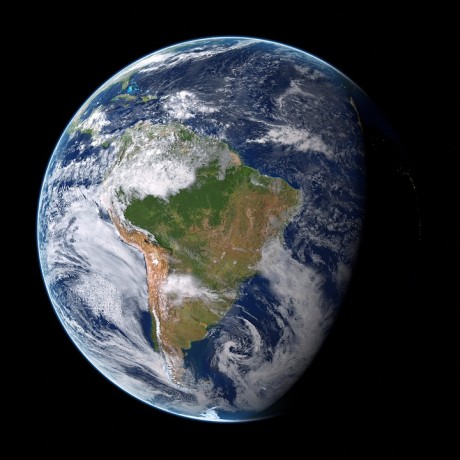 The ninth largest economy in the entire world is currently experiencing “its longest and deepest recession in recorded history”, and in a country right next door people are being encouraged to label their trash so that the thousands upon thousands of desperately hungry people that are digging through trash bins on the streets can find discarded food more easily.  Of course the two nations that I am talking about are Brazil and Venezuela.  The Brazilian economy was once the seventh largest on the globe, but after shrinking for eight consecutive quarters it has now fallen to ninth place.  And in Venezuela the economic collapse has gotten so bad that more than 70 percent of the population lost weight last year due to a severe lack of food.  Most of us living in the northern hemisphere don’t think that anything like this could happen to us any time soon, but the truth is that trouble signs are already starting to erupt all around us.  It is just a matter of time before the things currently happening in Brazil and Venezuela start happening here, but unfortunately most people are not heeding the warnings.

Just a few years ago, the Brazilian economy was absolutely roaring and it was being hailed as a model for the rest of the world to follow.  But now Brazil’s GDP has been imploding for two years in a row, and this downturn is being described as “the worst recession in recorded history” for that South American nation…

Latin America’s largest economy Brazil has contracted by 3.6 percent in 2016, shrinking for the second year in a row; statistics agency IBGE said on Tuesday. It confirmed the country is facing its longest and deepest recession in recorded history.

Data shows gross domestic product (GDP) fell for the eighth straight quarter in the three months to December, down 0.9 percent from the previous quarter. The figure was worse than the 0.5 percent decline economists had forecast and left the country’s overall GDP down 3.6 percent for the full year following a 3.8 percent drop in 2015.

“This is comfortably the worst recession in recorded history,” he added.

It had been hoped that things in Brazil would be getting better by now, but instead they just keep getting worse.

The number of bankruptcy filings has soared to an all-time record high, and the official unemployment rate has more than doubled since the end of 2013.  The following comes from Wolf Richter…

In a stunning deterioration, the unemployment rate in Brazil spiked to 12.6% in the rolling three-month period through January, a record in the new data series going back to 2012, according to Brazil’s statistical agency IBGE. Up from 11.8% in the three-month period through October. Up from an already terribly high 9.5% a year ago. And more than double the 6.2% in December 2013.

Meanwhile, hordes of hungry people are rummaging through garbage cans in Venezuela in order to find something to fill their aching stomachs.

Controversial Priest and opponent to President Nicolás Maduro’s administration Father Jose Palmar posted on social media this week about labeling discarded waste so those looking through it for food can do so more easily and “with dignity.”

Palmar called on Venezuelans to celebrate Lent by identifying bags where food has been discarded for those with no where else to turn. That way, they don’t have to dig through non-edible items to find it.

And previously I have written about how people are so hungry in Venezuela that some of them are actually slaughtering and eating cats, dogs, pigeons and zoo animals.

I keep telling people that this is coming to America, but a lot of people out there don’t want to believe me.

But it is most certainly coming.

Thanks to chronically empty store shelves and severe food shortages, people in Venezuela are losing weight at an astounding pace.  In the United States it would be a good thing if much of the population lost this much weight, but in Venezuela it definitely is not…

Three quarters of the country’s population lost an average of over 18 pounds over food shortages in 2016, according to a survey by Venezuelan universities and nonprofit groups. Last year, over 80 percent of foodstuffs disappeared from shelves and many had to get by with one meal a day, Foreign Policy reported.

Venezuela was once South America’s most powerful petrostate. But decades of government mismanagement sent the country into decline. Maduro’s predecessor Hugo Chavez choked the economy with heavy-handed regulations, price controls, and a campaign to nationalize major industries that chased out foreign investments.

Further north, very alarming signs are starting to pop up in Mexico.

It probably won’t happen next week or next month, but there are indications of emerging “liquidity problems” which could precipitate a major debt crisis at some point…

In Mexico foreign investors hold around $100 billion of the country’s local-currency government debt, the most for any emerging market economy. That’s almost 20 times what it was 20 years ago. They also hold billions of euros worth of corporate bonds, which are also showing signs of strain, prompting some Mexican business leaders to call for “new programs” to be implemented before the situation causes “a large-scale crisis” among Mexican companies.

The most ominous sign yet came last week when Bloomberg reported sources saying that the Bank of Mexico (or Banxico, as it is referred to) had sought a swap line from the Federal Reserve in case of “liquidity problems,” which immediately triggered furious denials from Banxico. “I can say clearly and unequivocally that we are not in the process of asking for any credit line from any authority,” said the central bank’s governor, Agustin Carstens, who has postponed by six months his departure from the bank, initially scheduled for May.

One of the biggest problems for nations such as Brazil, Venezuela and Mexico is the strength of the U.S. dollar.  During the good times they went into tremendous amounts of debt, and much of that debt was denominated in U.S. dollars.  So when the U.S. dollar becomes stronger, it takes more of their own local currencies to pay that debt back.

And if the Federal Reserve raises interest rates at their next meeting, that will strengthen the U.S. dollar even more and put even more pressure on emerging market economies.

Unfortunately, it appears that this is precisely what the Fed is going to do…

Even one small interest rate increase by the Fedcould have a sweeping impact on U.S. and world economies, Komal Sri-Kumar told CNBC on Monday.

“I think they are going to hike” on March 15, Sri-Kumar said on “Squawk Box,” echoing a theory shared by many analysts. “But that is going to prompt capital outflows from the euro zone, especially with the political risk. It is going to increase the capital outflow from China, and the U.S. economy will feel the impact.”

The global economy is more interconnected than ever before, and pain that starts in one region can rapidly spread to others.

The biggest debt bubble that the world has ever seen is starting to burst, and over the coming years we are going to see financial pain on a scale that would be unimaginable to most of us at this moment.

But even now there are those that would suggest that this colossal debt bubble can continue growing much faster than global GDP indefinitely, and this sort of exceedingly reckless optimism is leading many astray.