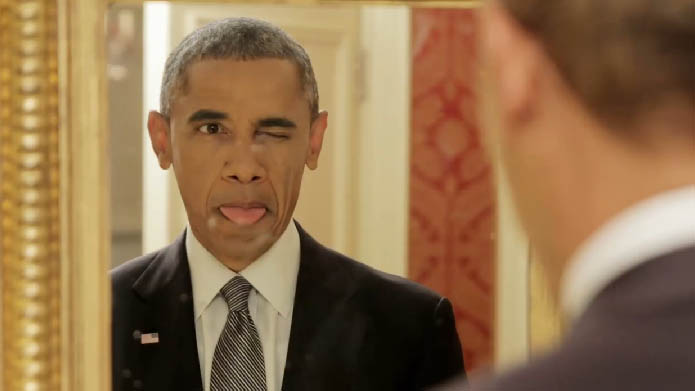 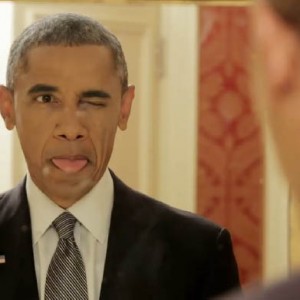 Barack Obama is secretly negotiating a global economic treaty which would destroy thousands of American businesses and millions of good paying American jobs.  In other words, it would be the final nail in the coffin for America’s economic infrastructure.  Obama knows that if the American people actually knew what was in this treaty that they would be screaming mad, so the negotiations are being done in secret.  The only people that are allowed to look at the treaty are members of Congress, and even they are being banned from saying anything to the public.  American workers are about to be brutally stabbed in the back, and thanks to all of this secrecy and paranoia they won’t even see it coming.

The name of this new treaty is “the Trans-Pacific Partnership”, and it is being touted as perhaps the most important trade agreement in history.  But very few people in this country are talking about it, because none of us are allowed to see it.  An article that was just released by Politico detailed the extreme secrecy that is surrounding this trade agreement…

If you want to hear the details of the Trans-Pacific Partnership trade deal the Obama administration is hoping to pass, you’ve got to be a member of Congress, and you’ve got to go to classified briefings and leave your staff and cellphone at the door.

If you’re a member who wants to read the text, you’ve got to go to a room in the basement of the Capitol Visitor Center and be handed it one section at a time, watched over as you read, and forced to hand over any notes you make before leaving.

And no matter what, you can’t discuss the details of what you’ve read.

This treaty is going to affect the lives of every man, woman and child living in this nation, and yet it is deemed so “important” that none of us can know what is in it?

Are you sure that we still live in a Republic?

This treaty will cover 40 percent of the global economy, and U.S. officials hope that the EU, China and India will become members eventually as well…

Right now, there are 12 countries that are part of the negotiations: the United States, Canada, Australia, Brunei, Chile, Japan, Malaysia, Mexico, New Zealand, Peru, Singapore and Vietnam.  These nations have a combined population of 792 million people and account for an astounding 40 percent of the global economy.  And it is hoped that the EU, China and India will eventually join as well.  This is potentially the most dangerous economic treaty of our lifetimes, and yet there is very little political debate about it in this country.

If the EU, China and India did eventually join the treaty, that would essentially make it a trade agreement for the entire planet.

This is a really big deal, and it should be openly debated by the American people.  But instead, Barack Obama has chosen to shroud the entire process with as much secrecy as possible.  Not only that, he also wants Congress to give him fast track negotiating authority.  If Congress does that, they would essentially be saying that they blindly trust Obama to negotiate a good treaty for us.  At the end of the process, Congress would be able to vote the treaty up or down, but would not be able to amend it.

That sounds insane, right?  Well, if you can believe it, Republicans in the Senate are quite eager to give Barack Obama this authority.

And this is not just an economic treaty.  The following is an excerpt from one of my previous articles…

It is basically a gigantic end run around Congress.  Thanks to leaks, we have learned that so many of the things that Obama has deeply wanted for years are in this treaty.  If adopted, this treaty will fundamentally change our laws regarding Internet freedom, healthcare, copyright and patent protection, food safety, environmental standards, civil liberties and so much more.  This treaty includes many of the rules that alarmed Internet activists so much when SOPA was being debated, it would essentially ban all “Buy American” laws, it would give Wall Street banks much more freedom to trade risky derivatives and it would force even more domestic manufacturing offshore.

We can’t consume our way to prosperity, and we can’t borrow and spend our way to prosperity.  In order to be prosperous as a nation, we have got to create at least as much wealth as we consume.  But instead, we are doing just the opposite.  We are consuming wealth like mad even while our economic infrastructure is being absolutely gutted.  We have lost thousands of businesses and millions of jobs already, and this new treaty will make things much worse.

And of course eventually even the ultra-cheap labor on the other side of the planet will be replaced.  This is something that is already happening in China.  Just today there was a news story about a new manufacturing facility in China that will use only robots…

Construction work has begun on the first factory in China’s manufacturing hub of Dongguan to use only robots for production, the official Xinhua news agency reported.

A total of 1,000 robots would be introduced at the factory initially, run by Shenzhen Evenwin Precision Technology Co, with the aim of reducing the current workforce of 1,800 by 90 percent to only about 200, Chen Xingqi, the chairman of the company’s board, was quoted as saying in the report.

The company did not give a figure for the investment in the factory, but said its production capacity could reach a value of 2 billion yuan (US$322 million) annually.

All of this is very bad news for American workers.  Whether it is ultra-cheap labor on the other side of the globe or new technology, big corporations are constantly looking for ways to produce things less expensively.

But in order to have a middle class, we have got to have middle class jobs.  The middle class in the United States is steadily disappearing, and neither political party seems very concerned about this at all.

Even without this new trade treaty, our trade deficit with the rest of the planet continues to grow even larger.  We just learned that the monthly U.S. trade deficit for March rose to $51.4 billion.  That was the largest monthly trade deficit since October 2008.  If you will remember, in October 2008 we were experiencing the worst financial crisis since the days of the Great Depression.

And if you take oil out of the number, our trade deficit for the month of March would be the worst ever recorded.

Thank you Barack Obama.  Your trade policies are really “working”.

Because the trade deficit was much worse than expected, that is going to push the GDP number for the first quarter into negative territory…

Greg Daco of Oxford Economics says he expects the wider than expected trade deficit to prompt the government to revise its estimate of 0.2% growth in U.S. gross domestic product for the first quarter to a 0.5% contraction.

That means that if we have another contraction in the second quarter, we will officially be in a recession.

In fact, we could be in a recession right now (according to the official government definition) and not even know it yet.

One of the biggest reasons why the U.S. economy has been struggling so much in recent years is due to our trade policies.  If we had balanced trade with other nations, our cumulative economic growth since mid-2009 would have been nearly 20 percent higher…

Since rising trade balances subtract from economic growth, the increase in this real non-oil goods deficit has now cut cumulative U.S. economic growth after inflation by a stunning 19.49 percent since the recovery technically began in mid-2009.

Are you starting to see why I get so fired up about trade?

But instead of encouraging big corporations to do what is right for the American people, our system greatly rewards companies like Apple that proudly send jobs offshore.  The following is an excerpt from an outstanding article by Andrew Zatlin…

Nine years, a trillion dollars in sales, and almost no taxes paid. That’s just the starting point for wondering about Apple’s actual contribution to the US economy.

Apple’s success drags down the US GDP.  The behemoth that is Apple sold almost 200M phones last year, none of which were made in the US or used components made here. Instead of exporting $100B in iPhones, the US imported $50B. That $150B swing matters in terms of balance of trade, GDP and jobs. If you wanted to improve the US economy, there’s no better place to start than with Apple and smartphones.

Apple undermines the US manufacturing base. Assembly matters and manufacturing matters more. There was a time when Apple could have assembled phones and tablets in the US, but that would mean spending an extra $5 per phone since that’s approximately the extra labor cost to build that $700 phone here instead of in Vietnam or China. Assembly may not be a competitive, value-add step but it does employ a lot of people.

Unfortunately, it would also cut Apple’s profits by $1B, shrinking the company’s annual net income from $45B to $44B. Apple wouldn’t notice a drop in profits of $1B because it’s not putting its cash to use: Apple has $200B in cash conveniently parked outside of the US, not doing anything. On the other hand, assembling in the US would employ tens of thousands of people.

You can read the rest of that great article right here.

Our trade policies matter.  Decades of incredibly foolish decisions have ripped our economic infrastructure to shreds, and we are slowly but steadily committing national economic suicide.

Now, Barack Obama is absolutely determined to deliver the finishing blow, and it is all being done in secret.

When are you going to wake up and start getting angry America?