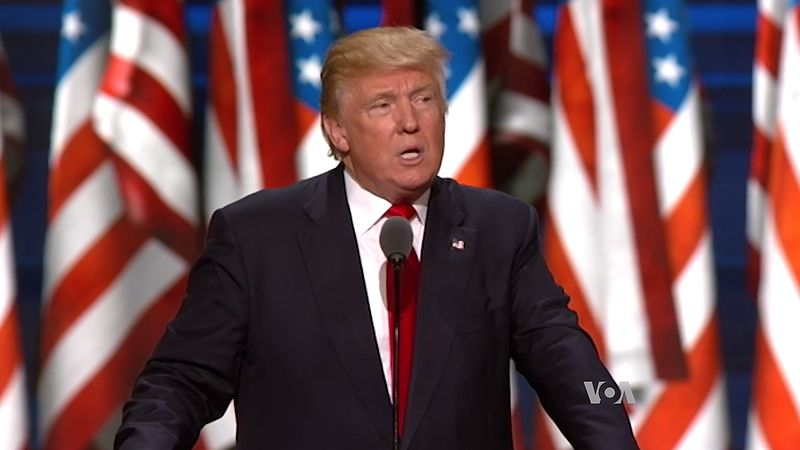 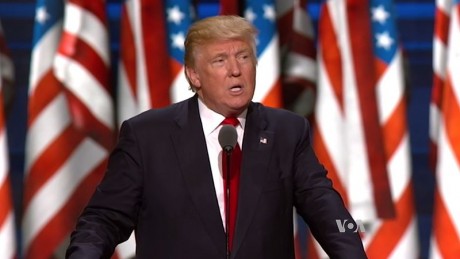 A new recession is coming, and Donald Trump needs it to begin sooner rather than later.  As I explained last week, most American voters tend to care about their pocketbooks more than anything else.  If the next recession were to officially start during the first quarter of 2017, it would be very easy for Trump to blame it on Obama, and then he could portray himself as the one that pulled the U.S. economy out of recession in time for the 2020 election.  But if the next recession does not begin until 2018 or 2019, everybody is going to blame it on Trump even if it is not his fault.  In politics, who gets the blame for whatever goes wrong is often the most important thing, and if Trump wants to avoid blame for the next recession he needs for it to start as quickly as possible.

For most of 2016, the mainstream media was warning that a new recession was probably coming no matter who won the election.  For one example, just check out this Bloomberg article.

And for once, the mainstream media was precisely correct.  Barack Obama left us with an enormous economic mess, and it would take an economic miracle of unprecedented proportions to keep the U.S. economy from going into a recession at this point.

During the Obama years, the U.S. went on a debt binge unlike anything we have ever seen before.

The U.S. national debt almost doubled.  During Obama’s time in the White House, it increased from 10.6 trillion dollars to nearly 20 trillion dollars, and that means that over 9 trillion dollars of future consumption was brought into the present.  That incredible boost to spending would have shot U.S. economic growth into the stratosphere during normal times, but because we were struggling so much all we got out of it was eight years of economic stagnation.

In fact, Barack Obama was the only president in modern American history never to have a single year when the U.S. economy grew by at least 3 percent, and he had two terms to try to accomplish that goal.

And remember, Obama also had the benefit of doctored economic numbers.  John Williams of shadowstats.com tracks what the figures would look like if honest numbers were being used, and according to his calculations the U.S. economy has actually continually been in a recession since 2005.

In addition to government debt, other forms of debt are way out of control as well.  The total amount of consumer debt in the United States has now hit 12 trillion dollars, and corporate debt has approximately doubled since the last recession.

When levels of debt grow much, much faster than the overall economy, it is inevitable that a crash will come.

If you look back throughout history, I don’t know if you can find a single example where debt has grown this quickly and a crash has not happened afterwards.

By some miracle if we are able to avoid a major economic downturn this time, we will literally be defying the laws of economics.

The employment crisis also threatens to get a lot worse in the months ahead.  The mainstream media keeps trying to tell us that we are almost at “full employment”, but the truth is that more than 100 million Americans do not have a job right now.

Yes, there are a few areas of the country where jobs appear to be plentiful, but there are many more areas where they are not.

For example, you will never, ever be able to convince 23-year-old Tyler Moore that the job market is good…

Tyler Moore’s late-December drive to Louisville, Ky., was one of desperation. He was headed four hours west on Interstate 64 to interview for a job. Even if he landed the position, filling his gas tank had left him with $8 to his name. He would have to sleep at a friend’s place until he could earn enough to pay rent.

The 23-year-old had run out of options. He’d applied for dozens of jobs within an hour and a half of his hometown of Lovely, once a coal-mining stronghold. Instead of opportunities, he had found waiting lists.

“Minimum-wage jobs, fast-food restaurants, Wal-Mart, anything like that, a lot of them has already been took,” he says in an Appalachian drawl, explaining that the backlog just to interview was as long as a year. “There are no jobs.”

If the U.S. economy is in “good shape”, then why can’t people like Moore find a job?

Yes, there is a tremendous amount of optimism in the financial markets right now and the stock market has been soaring.

But the exact same things were true in 2007, and we remember how that turned out.

There is no possible way that the S&P 500 can continue to generate an 18% annual return without corresponding economic growth.  The following comes from David Stockman…

Altogether the S&P 500 now stands at 3.4X its post-crisis low, having generated an 18% annual return (including dividends) for nearly eight years running.

To be sure, in an honest free market that very fact would be a flashing red light, warning that exceptionally high gains over an extended period necessitate a regression to the mean in the period ahead.

A lot of people get caught up in trying to predict exactly when the stock market will crash, but what everybody should be able to agree on is that it will crash.

There is no possible way that stocks can stay at such ridiculously overpriced levels indefinitely.

Throughout history, stocks have always moved back in the direction of the long-term averages, and this time will be no exception.

And just like last time, the beginning of a new recession will likely be accompanied by a major financial correction.

In recent articles, I have been highlighting some of the reasons why it appears that a new recession is imminent…

-Federal tax receipts have gone negative for the first time since the last recession.

-Job growth at S&P 500 companies has gone negative for the very first time since the last recession.

-Lending standards have tightened up for medium and large sized firms for six quarters in a row.

-Lending standard are also tightening up for consumers.

-We just saw the largest percentage decline in average weekly hours since the recession of 2008.

-Gross private domestic investment is down.

All of this is not necessarily bad news for Trump.

A horrible recession started during the early years of Ronald Reagan’s presidency, but the U.S. economy turned around later in his first term and that momentum helped propel him to an easy victory in 1984.

Similarly, Trump could actually take advantage of the coming economic downturn as long as he is able to pin all of the blame for it on the previous administration.

If there is one thing that is true about U.S. voters, it is the fact that they tend to care about their own economic well-being more than anything else.

If you doubt this, just check out the results of a recent Fox News poll…

The latest Fox News Poll also asks, what defines the American Dream today? At the top, according to the national survey released Wednesday, is “retiring comfortably.” Some 88 percent feel that is extremely or very important to realizing the dream.

Next, 76 percent say “having a successful career” is important. That’s followed by “raising a family” (74 percent) and “making a valuable contribution” to their community (74 percent).

To most Americans, being “successful in life” comes down to how much money they have.

That should not be true, but it is.

And this is ultimately what Trump will be judged on.

If the economy is improving by 2020, voters will tend to evaluate him favorably.  But if the economy is faltering during the next election season, it will be more difficult for him to get a second term.

So what Trump and all those that support Trump should want is for the coming recession to begin and end as quickly as possible.

However, there is also the possibility that the next recession may be a particularly bad one.  Because we are in the midst of the biggest debt bubble in human history, any major downturn could ultimately spiral completely out of control.  In other words, we may be facing the kind of crisis from which we never quite recover.

…get prepared because we’re going to have the worst economic problems we’ve had in your lifetime or my lifetime and when that happens a lot of people are going to disappear.

So the next time around it’s going to be worse than anything we’ve seen and a lot of institutions, people, companies even countries, certainly governments and maybe even countries are going to disappear. I hope you get very worried.

If it is as bad as Rogers is suggesting, it wouldn’t be too long before conditions in America would begin to resemble those portrayed in my novel.

Let’s hope that does not turn out to be the case.

Let’s hope that the next recession begins and ends as quickly as possible and that the U.S. economy is on a solid upswing by 2020.

And if you are a Trump supporter, don’t be too dismayed if the U.S. economy takes a major downturn in 2017.  As I discussed above, it could actually be just the thing that Trump needs to set the stage for another election victory in 2020.