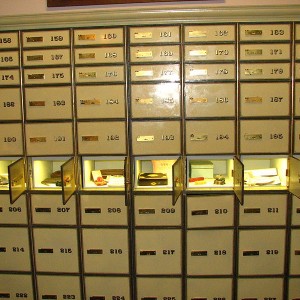 Do you have a bank account that you don’t actively use or a safe deposit box that you have not checked on for a while?  If so, you might want to see if the government has grabbed your money.  This sounds absolutely crazy, but it is true.  All over the world, governments are shortening the time periods required before they can seize “dormant bank accounts” and “unclaimed property”.  For example, as you will read about below, just last year the government of Australia seized a whopping 360 million dollars from dormant bank accounts.  And this kind of thing is going on all over America as well.  In fact, all 50 states actually pay private contractors to locate bank accounts and unclaimed property that can be seized.  In some states, no effort will be made to contact you when your property is confiscated.  And in most states, the seized property permanently become the property of the state government after a certain waiting period has elapsed.  So please don’t put money or property into a bank somewhere and just let it sit there.  If you do, the government may come along and grab it right out from under your nose.

In this day and age, broke governments all over the globe are searching for “creative ways” to raise revenues.  In Australia for example, the time period required before the federal government could seize a dormant bank account was reduced from seven to three years, and this resulted in an unprecedented windfall for the Australian government over the past 12 months…

The federal government has seized a record $360 million from household bank accounts that have been dormant for just three years, prompting outrage in some quarters amid complaints that pensioners and retirees have lost deposits.

Figures from the Australian Security and Investments Commission (ASIC) show almost $360 million was collected from 80,000 inactive accounts in the year to May under new rules introduced by Labor. The new rules lowered the threshold at which the government is allowed to snatch funds from accounts that remain idle from seven years to three years.

Most Americans are not going to be too concerned about this because it is happening on the other side of the planet.

But did you know that this is happening all over the U.S. as well?

For instance, the waiting period in the state of California used to be fifteen years.

Now it is just three years.

And when California grabs your money they don’t just sit around waiting for you to come and claim it.  Instead, it gets dumped directly into the general fund and spent.

If you do not believe that California does this, just check out the following information that comes directly from the official website of the California State Controller’s Office…

The State acquires unclaimed property through California’s Unclaimed Property Law, which requires “holders” such as corporations, business associations, financial institutions, and insurance companies to annually report and deliver property to the Controller’s Office after there has been no customer contact for three years. Often the owner forgets that the account exists, or moves and does not leave a forwarding address or the forwarding order expires. In some cases, the owner dies and the heirs have no knowledge of the property.

And it is not just bank accounts and safe deposit boxes that are covered by California law.  The reality is that a vast array of different kinds of “unclaimed property” are covered…

The most common types of Unclaimed Property are:

And when a state government grabs your property, the consequences can be absolutely devastating.  The following is an excerpt from an ABC news report from a few years ago…

“I was appalled,” Ruff said. “I felt violated.”

Unknown? Carla’s name was right on documents in the box at the Noe Valley Bank of America location. So was her address — a house about six blocks from the bank. Carla had a checking account at the bank, too — still does — and receives regular statements. Plus, she has receipts showing she’s the kind of person who paid her box rental fee. And yet, she says nobody ever notified her.

“They are zealously uncovering accounts that are not unclaimed,” Ruff said.

To make matters worse, Ruff discovered the loss when she went to her box to retrieve important paperwork she needed because her husband was dying. Those papers had been shredded.

And that’s not all. Her great-grandmother’s precious natural pearls and other jewelry had been auctioned off. They were sold for just $1,800, even though they were appraised for $82,500.

And some states are even more aggressive than the state of California in going after bank accounts.

In a recent article, Simon Black noted that the state of Georgia can go after “dormant bank accounts” after just one year of inactivity…

In fact, each of the 50 states has its own regulations pertaining to the seizure of dormant accounts. And the grand prize goes to… the great state of Georgia!

Georgia’s Disposition of Unclaimed Properties Act sets the threshold as low as one year.

In other words, if you have a checking account in Georgia that you haven’t touched in twelve months, the state government is going to grab it.

So much for setting aside money for a rainy day and having the discipline to never touch it.

As economic conditions get even worse, the temptation for governments all over the planet to grab private bank accounts is going to become even greater.

We all remember what happened in Cyprus.  When the global financial Ponzi scheme finally collapses, politicians all over the world are going to be looking for an easy way to raise cash.  And our bank accounts may be one of the first things that they decide to confiscate.

So please don’t keep all of your eggs in one basket, and check on all of your accounts in regular intervals.

In this day and age, it pays to be diligent.