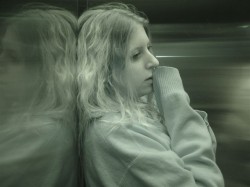 If this is supposed to be an “economic recovery” it sure is pathetic.  In fact, as you will read below, the numbers tell us that this is the worst economic recovery that the American economy has ever seen.  If what we had experienced was a “normal” recession and a “normal” recovery, then jobs, economic growth and home values would have come roaring back by now.  But they haven’t.  The Federal Reserve injected unprecedented amounts of new money into the system and the federal government went into unprecedented amounts of new debt, but all of that effort has not accomplished much.  It did buy us a little bit of time and a period of relative economic stability, but now there are all kinds of signs that we are about to go into another recession (or something even worse).  So is it really honest for Ben Bernanke and Barack Obama to be using the term “economic recovery” to describe what is happening?

The truth is that what is really taking place is that the long-term economic decline of the United States is beginning to accelerate.

But most Americans simply don’t understand what is going on.

The mainstream media teaches us to blame our politicians for the economy.  One recent survey found that 44 percent of the American people believe that the U.S. economy is “worse than when Obama was inaugurated”.

Of course the institution that is most responsible for our economic problems is the Federal Reserve.  Thankfully, more Americans than ever are starting to realize this.

Unfortunately, what we have experienced is not much of an “economic recovery” at all.  According to the Wall Street Journal, this is the worst “recovery” from a recession that the U.S. economy has ever seen….

On economic growth, real GDP has risen 0.8% over the 13 quarters since the recession began, compared to an average increase of 9.9% in past recoveries. From the beginning of the recession to April 2011, real personal income has grown just .9% compared to 9.4% for the same period in previous post 1960 recessions.

So what is really going on?

Sadly, what we are experiencing right now is a brief period of stability in the middle of a downward spiral toward economic oblivion.

The CEO of Pimco, Mohamed El-Erian, says that it should now be obvious to everyone that all of the efforts of the U.S. government and the Federal Reserve to stimulate the economy simply have not been enough to solve the structural economic challenges that we are facing….

The U.S. economy is not producing enough jobs.  Today, there are 25 million Americans that are either unemployed or underemployed.

But the inability to create jobs is not a new phenomenon for the U.S. economy.  The truth is that between 2000 and 2007, the U.S. economy had its poorest stretch of job creation since the Great Depression.

However, since 2007 the employment situation in this country has gotten a lot worse.  Take a minute and watch the stunning video posted below.  It shows how rampant unemployment swept across this country between 2007 and 2011….

Our politicians promised us that globalization would be great for the U.S. economy.

Well, it was great for the big corporations to be able to pay slave labor wages to workers on the other side of the globe, but things have not worked out so well for workers in this country.

Millions of our jobs have been lost.  Millions more jobs are being lost.  Yet our politicians do nothing to stop the bleeding.

Things have gotten so bad that even the top of the food chain is shipping jobs overseas.

Just consider this recent headline which appeared in Business Insider: “Goldman Sachs Is Firing Employees In The US So It Can Hire 1,000 In Singapore”

If even jobs at Goldman Sachs are being sent out of the country, are any of our jobs safe?

Many Americans would love to start a business instead of having to work for someone else, but the economic environment has become incredibly toxic for small businesses in the United States.

The rate of new business creation in the United States has been declining steadily since the 1980s.  Our politicians are literally choking the entrepreneurial spirit to death in this country.

So what is going to happen when the government is not handing out so many goodies?

The era of rampant spending in Washington D.C. seems to be coming to an end, at least for now.  The U.S. national debt has become so outrageous that many members of Congress are finally determined to start making some cuts.

If we try to live within our means, that is going to cause a lot of economic pain, and the American people are not too good about making sacrifices these days.

But the truth is that these economic problems have been building for decades.

We didn’t get here by accident, and our economic problems are not going to be solved overnight.

In fact, many financial analysts are warning that they are about to get a lot worse.

For example, David Rosenberg of Gluskin Sheff says that there is a 99 percent chance that the U.S. will fall into another recession by the end of 2012.

As the economy continues to crumble, U.S. cities will become increasingly hostile places in which to live.

But just wait until the economy really collapses – that is when all hell will break loose.

In a recent article entitled “Is The Economy Improving?“, I quoted statistic after statistic that showed that the U.S. economy is actually continuing to decline.

The American people are starting to lose patience.  In fact, people all over the country are starting to get more than a little crazy.  For example, there is a now a national “epidemic” of people robbing pharmacies in order to get a hold of painkillers.

Pharmacists all over the country are being robbed at gunpoint.  Some prescription painkillers will reportedly sell for as much as 80 dollars a pill on the street.  As a recent article in the Washington Post noted, things are getting really dangerous out there for pharmacists….

“It’s an epidemic,” said Michael Fox, a pharmacist on New York’s Staten Island who has been stuck up twice in the last year. “These people are depraved. They’ll kill you.”

Armed robberies at pharmacies rose 81 percent between 2006 and 2010, from 380 to 686, the U.S. Drug Enforcement Administration says. The number of pills stolen went from 706,000 to 1.3 million. Thieves are overwhelmingly taking oxycodone painkillers like OxyContin or Roxicodone, or hydrocodone-based painkillers like Vicodin and Norco. Both narcotics are highly addictive.

But this is what our country is turning into.

We are a nation of addicts.

If you are waiting for an “economic recovery”, you should stop waiting.

This is about as good as things are going to get.

From here on out, things are just going to keep going downhill.

Most Americans are going to be absolutely blindsided by the economic collapse that is coming.

But that doesn’t have to be you.

You still have some time to get prepared.