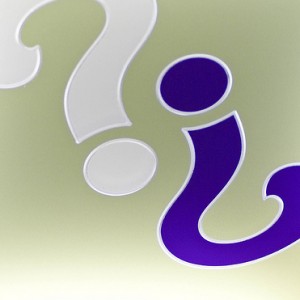 The U.S. money supply has been expanding at an absolutely unprecedented rate.  So why are we not experiencing rampant inflation?  Why is the U.S. dollar not falling through the floor?  Well, the truth is that all of this new money has gotten into the U.S. financial system but it is not getting into the hands of U.S. businesses and consumers.  In fact, even though the money supply is exploding, U.S. banks have dramatically decreased lending.  This has brought us to a very bizarre financial situation as a nation.

What we have seen is the U.S. government shovel massive amounts of cash into the U.S. financial system and then watch as the big banks sit on that cash and refuse to lend it. The biggest banks in the U.S. reduced their collective small business lending balance by another 1 billion dollars in November 2009.  That drop was the seventh monthly decline in a row.  In fact, in 2009 as a whole U.S. banks posted their sharpest decline in lending since 1942.

So all of this money that the U.S. government pumped into the financial system has been doing American businesses and consumers very little good.  That is why we can have a vastly increased money supply (as you can see from the chart below) and very little inflation.

So if the banks are not lending the money to the American people, what are they doing with it?  One of the things they are doing with it is buying U.S. government debt.  As you can see from the chart below, U.S. banks have cut business lending by approximately 350 billion dollars since early 2009 and they have purchased approximately 300 billion dollars worth of U.S. Treasury securities.

So instead of loaning money to American businesses and consumers who desperately need it, a ton of this new money is being used to pump up yet another bubble.  This time the bubble is in U.S. Treasuries.  Asia Times recently described how this trillion-dollar carry trade in U.S. government securities works….

This is the famous “carry trade”, by which banks or hedge funds borrow short-term at a very low rate and lend medium- or long-term at a higher rate. This works as long as short-tem rates remain extremely low. The moment that borrowing costs begin to rise, the trillion-dollar carry trade in US government securities will collapse.

So what happens when this bubble collapses?

Nobody knows for sure.  But anyone who has dealt with carry trades in the past knows that when carry trades unwind they can do so very, very quickly and the results can be nightmarish.

The truth is that the U.S. financial system is a house of cards that could fall at any time.  A lot of economic pain is on the horizon – it is only a matter of when it comes and how bad it is going to get.  Trends forecaster Gerald Celente is predicting that it could be as soon as this year….