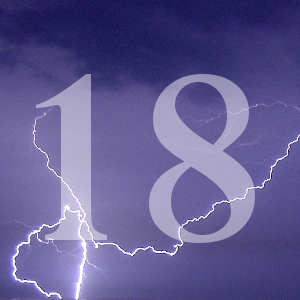 If our leaders could have recognized the signs ahead of time, do you think that they could have prevented the financial crisis of 2008?  That is a very timely question, because so many of the warning signs that we saw just before and during the last financial crisis are popping up again.  Many of the things that are happening right now in the stock market, the bond market, the real estate market and in the overall economic data are eerily similar to what we witnessed back in 2008 and 2009.  It is almost as if we are being forced to watch some kind of a perverse replay of previous events, only this time our economy and our financial system are much weaker than they were the last time around.  So will we be able to handle a financial crash as bad as we experienced back in 2008?  What if it is even worse this time?  Considering the fact that we have been through this kind of thing before, you would think that our leaders would be feverishly trying to keep it from happening again and the American people would be rapidly preparing to weather the coming storm.  Sadly, none of that is happening.  It is almost as if they cannot even see the disaster that is staring them right in the face.  But without a doubt, disaster is coming. The following are 18 similarities between the last financial crisis and today…

#1 According to the Bank of America Merrill Lynch equity strategy team, their big institutional clients are selling stock at a rate not seen “since 2008“.

#2 In 2008, stock prices had wildly diverged from where the economic fundamentals said that they should be.  Now it has happened again.

#5 During the last financial crisis, the mortgage delinquency rate rose dramatically.  It is starting to happen again.

#6 Prior to the financial crisis of 2008, there was a spike in the number of adjustable rate mortgages.  It is happening again.

#7 Just before the last financial crisis, unemployment claims started skyrocketing.  Well, initial claims for unemployment benefits are rising again.  Once we hit the 400,000 level, we will officially be in the danger zone.

#8 Continuing claims for unemployment benefits just spiked to the highest level since early 2009.

#10 According to Zero Hedge, “whenever the annual change in core capex, also known as Non-Defense Capital Goods excluding Aircraft shipments goes negative, the US has traditionally entered a recession”.  Guess what?  It is rapidly heading toward negative territory again.

#11 Average hourly compensation in the United States experienced its largest drop since 2009 during the first quarter of 2013.

#12 In the month of June, spending at restaurants fell by the most that we have seen since February 2008.

#13 Just before the last financial crisis, corporate earnings were very disappointing.  Now it is happening again.

#15 During 2008, the price of gold fell substantially.  Now it is happening again.

#16 Global business confidence is now the lowest that it has been since the last recession.

#17 Back in 2008, the U.S. national debt was rapidly rising to unsustainable levels.  We are in much, much worse shape today.

#18 Prior to the last financial crisis, Federal Reserve Chairman Ben Bernanke assured the American people that home prices would not decline and that there would not be a recession.  We all know what happened.  Now he is once again promising that everything is going to be just fine.

Are the American people going to fall for it again?

It doesn’t take a genius to see how vulnerable the global economy is right now.  Much of Europe is already experiencing an economic depression, debt levels in Asia are higher than ever before, and the U.S. economy has been steadily declining for most of the past decade.  If you doubt that the U.S. economy has been declining, please see my previous article entitled “40 Stats That Prove The U.S. Economy Has Already Been Collapsing Over The Past Decade“.

And the truth is that most Americans already know that we are in deep trouble.  Today, 61 percent of all Americans believe that the country is on the wrong track.

It isn’t that so many people are choosing to be pessimistic.  It is just that an increasing number of Americans are waking up to the cold, hard reality that we are facing.

Decades of incredibly foolish decisions have brought us to this point.  We allowed our economic infrastructure to be gutted, we consumed far more wealth than we produced, our politicians kept doing incredibly stupid things but we kept voting the same jokers back into office again and again, and over the past 40 years we have blown up the biggest debt bubble in all of human history.

We have been living so far above our means for so long that most of us actually think that our current economic situation is “normal”.

But no, there is nothing normal about what we are experiencing.  We are entering the terminal phase of a colossal debt spiral, and when it flames out the economic devastation is going to be absolutely spectacular.

When the next major wave of the economic collapse comes and unemployment soars well up into the double digits, millions of businesses close and millions of American families lose their homes, I hope that those that are assuring all of us that there will not be an economic collapse will come back and apologize.

There are tens of millions of people out there right now that are not making any preparations at all because they have been promised that everything is going to be okay.  When the next financial crash happens, most of them will be absolutely blindsided by it and many of them will totally give in to despair.