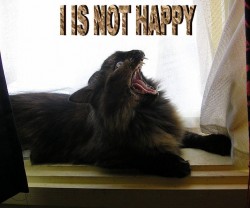 The American people are becoming increasingly angry about the extraordinary amount of power and influence that corporations have in the United States today.  A new Gallup poll found that 67 percent of Americans are dissatisfied with the size and influence of major corporations in the United States today.  Not only that, the most recent Chicago Booth/Kellogg School Financial Trust Index found that only 26 percent of Americans trust our financial system at this point.  The mainstream media is acting as if this is a new phenomenon, but the truth is that a dislike of giant corporations goes all the way back to the founding of this nation.  Our founders held a deep distrust for all big concentrations of power, and they intended to set up a nation where no one person or no one institution could become too powerful.

If our founding fathers could see what is going on today they would probably roll over in their graves.

The history of the corporation can be traced back to the early part of the 17th century when Queen Elizabeth I established the East India Trading Company.

Our founders were not too fond of the East India Trading Company.  In fact, it was their tea that was dumped into the harbor during the original Boston Tea Party.

In his book entitled “Unequal Protection”, Thom Hartman described the great antipathy that our founders had for the East India Trading Company….

“Trade-dominance by the East India Company aroused the greatest passions of America’s Founders – every schoolboy knows how they dumped the Company’s tea into Boston harbour. At the time in Britain virtually all members of parliament were stockholders, a tenth had made their fortunes through the Company, and the Company funded parliamentary elections generously.”

So a disgust for great concentrations of financial power is built into our national DNA.

Many people today think of giant international corporations as being synonymous with “capitalism”, but that is just not the case.

Our founders envisioned a land where free enterprise could flourish in an environment where no institution held too much power.

If the founders were around today they would say that we need to take a lot of power away from both of them.

As mentioned above, according to Gallup two-thirds of Americans are now dissatisfied with the size and influence of major corporations in America today….

As you can see, the gap between those in favor of the size and influence of major corporations and those not in favor has been significantly widening over the past decade.

That is a good thing.

Not only that, but the latest Chicago Booth/Kellogg School Financial Trust Index shows that Americans have very little trust in the financial system at this point.

The following are some of the key findings from their most recent report….

*Only 26 percent of Americans trust the nation’s financial system.

*Only 16 percent of Americans trust the stock market.

*Only 43 percent of Americans trust the banks.

These numbers are staggering, but they should not be surprising.  The American people were not pleased at all when the major banks and big financial institutions were showered with bailouts during the recent financial crisis.  A lot of that anger is still simmering.

The recent housing collapse, which is still ongoing, was caused in great part by the behavior of the major banks and big financial institutions, but it is the American people which have suffered the most from it.  The following very brief animation from Taiwan demonstrates this very humorously….

The American people are still wondering where their “bailouts” are.  Most of the big banks and big corporations seem to be thriving even while the number of Americans slipping into poverty continues to grow.

When you total that all up, you get 28 million Americans that wish they had full-time jobs.

There are other numbers that are very disturbing as well.  In the month of November, the number of people on food stamps set another new all-time record: 43.6 million Americans.

No wonder so many people are angry at the big corporations!

Meanwhile, food prices continue to go up.  According to the United Nations food agency, global food prices set another new all-time record during the month of January, and they are expected to continue rising for months to come.

That certainly is not going to ease tensions in the Middle East and elsewhere around the world.  When people are not able to pay for the food that they need that tends to make them very, very angry.

For now we are not likely to see food riots in the United States, but as food prices rise all of those food stamp cards are not going to go as far as they used to.  Average American families are going to feel more strain at the supermarket.  There will be less money available for other things.

If we do see another financial crisis like we did in 2008, is the U.S. government going to rush to bail out the big corporations and the big banks like they did the last time?

As we have seen from the numbers above, that certainly would not sit well with the American people.