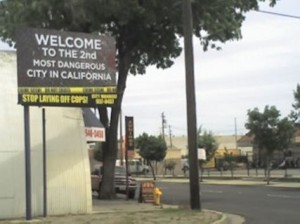 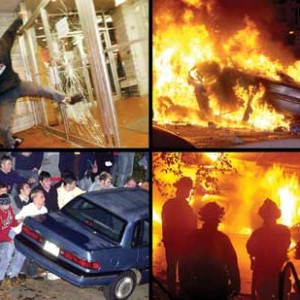 If the United States experiences a horrifying economic collapse (and it most definitely will), will that cause a complete and total collapse of society?  Will we experience crime, violence, riots and social unrest on a scale that is unprecedented in U.S. history?  Before you dismiss such notions as utter foolishness dreamed up by a few bloggers with too much time on their hands, perhaps you should consider what one of the biggest credit rating organizations in the world is saying.  According to a report on sovereign debt by Moody’s, the world’s five biggest AAA-rated countries (including the United States) are all at risk of soaring debt costs and will have to implement austerity plans that threaten “social cohesion”.  In case you are wondering what happens when “social cohesion” starts to break down due to economic factors, just check out the recent examples in Iceland and Greece.  If even Moody’s is warning that there is a realistic possibility that “social cohesion” in the United States may break down due to economic factors, perhaps we should all start listening.

Or if you will not listen to Moody’s, then perhaps you will listen to the man who has been called the top trends researcher in the entire world.  Gerald Celente is the CEO of Trends Research Institute, and he is convinced that we are heading into what he calls “The Greatest Depression”.  The picture that he paints of the future of America is extremely alarming and extremely sobering.  It would be easy to dismiss his forecasts as just the ramblings of another useless “talking head”, but unfortunately Celente has been dead-on accurate time after time after time in the past.  Considering his exemplary track record, what Celente says is coming next for America is incredibly frightening….

At this point you may be tempted to think that America has been through extremely tough economic times before (The Great Depression for example) and came through them okay.

So what is so different now?

Already we are seeing early signs of what the rest of America could soon be like.  The city of Detroit is a rotting, crime-ridden war zone that has a “real” unemployment rate of somewhere around 40 to 50 percent.  The state of California has become a cesspool of gang violence, rampant unemployment, rising foreclosures, unchecked drug dealing, and depressing economic decline.  Even in New York City we are seeing early signs of what is ahead.  Residents are quite alarmed about the dramatic rise in violent crime that is happening throughout the city.  Many New Yorkers were convinced that the days of “The Rotten Apple” were behind them, but economic problems are going to cause an increase in crime in just about any city.

But it just isn’t crime that is on the rise.  Millions of normal, law-abiding Americans are angry.  This anger is coming out in various ways – including the Tea Party protests that are sweeping the nation.  The majority of the American people are frankly disgusted with the government, and the approval ratings for both major parties continue to hover around record lows.  As things continue to get worse for the U.S. economy, the anger of the American people is going to continue to rise.

All of this is causing many in the U.S. government to view “troublemakers” inside the United States as one of the greatest threats to national security.  In fact, according to FBI Director Robert Mueller, “homegrown terrorists” represent as big a threat as al-Qaeda.

As big a threat as al-Qaeda?

For a top U.S. government official to come right out and make a statement like that is absolutely mind blowing.

Not only that, but now former U.S. President Bill Clinton is comparing Tea Party members to Timothy McVeigh.

Considering the fact that Timothy McVeigh received the death penalty, that is a very frightening parallel for Clinton to draw.

Does Clinton actually believe that Tea Party protesters should receive the same treatment as McVeigh?

Even more alarming is new legislation being pushed in the U.S. Senate.  A new bill introduced by Senators John McCain and Joe Lieberman would allow the U.S. military to round up large numbers of Americans and detain them indefinitely without a trial if they “pose a threat” or if they have “potential intelligence value” or for any other reason the President of the United States “considers appropriate”.

The reality is that as “necessary” as bills like that may seem to many as we edge ever closer to the breakdown of society, the reality is that the United States is quickly becoming just like so many of the other horrific totalitarian regimes that we have seen rise throughout the 20th and 21st centuries.

In fact a time may soon be coming when authorities in the U.S. may soon be able to legally utter this bone chilling phrase: “Your Papers Please!”  Lawmakers in Washington D.C. working to create a new immigration “reform” bill have decided on a way to prevent employers from hiring illegal immigrants: a national biometric identification card that all American workers would be required to obtain.

Can you imagine being forced to carry around a national identification card?

Could one day we all be required to sport an “RFID tatoo” to prove our identity to authorities?

But many of us never thought that the day would come when we would see things such as the Patriot Act, “no fly” lists, the NSA’s warrantless wiretapping program, DNA databases, Guantanamo Bay or full-body scanners at airports that reveal the graphic details of our naked bodies either.

America is quickly changing.  The next Great Depression is coming, and society is not going to be able to handle it.  How the U.S. government (and governments around the world) handle the coming social problems is going to be very interesting to watch.  Let’s hope that all of this does not degenerate into the absolute societal nightmare that many are projecting that it could be.