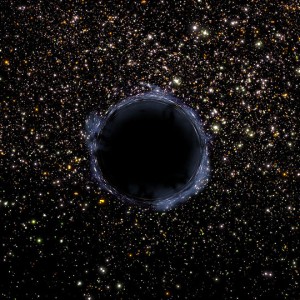 What is going to happen when the greatest economic bubble in the history of the world pops?  The mainstream media never talks about that.  They are much too busy covering the latest dogfights in Washington and what Justin Bieber has been up to.  And most Americans seem to think that if the Dow keeps setting new all-time highs that everything must be okay.  Sadly, that is not the case at all.  Right now, the U.S. economy is exhibiting all of the classic symptoms of a bubble economy.  You can see this when you step back and take a longer-term view of things.  Over the past decade, we have added more than 10 trillion dollars to the national debt.  But most Americans have shown very little concern as the balance on our national credit card has soared from 6 trillion dollars to nearly 17 trillion dollars.  Meanwhile, Wall Street has been transformed into the biggest casino on the planet, and much of the new money that the Federal Reserve has been recklessly printing up has gone into stocks.  But the Dow does not keep setting new records because the underlying economic fundamentals are good.  Rather, the reckless euphoria that we are seeing in the financial markets right now reminds me very much of 1929.  Margin debt is absolutely soaring, and every time that happens a crash rapidly follows.  But this time when a crash happens it could very well be unlike anything that we have ever seen before.  The top 25 U.S. banks have more than 212 trillion dollars of exposure to derivatives combined, and when that house of cards comes crashing down there is no way that anyone will be able to prop it back up.  After all, U.S. GDP for an entire year is only a bit more than 15 trillion dollars.

Unfortunately, economic reality is not going to change even if all of us try to ignore it.  Those that are willing to take an honest look at what is coming down the road are very troubled.  For example, Bill Gross of PIMCO says that his firm sees “bubbles everywhere”…

We see bubbles everywhere, and that is not to be dramatic and not to suggest they will pop immediately. I just suggested in the bond market with a bubble in treasuries and bubble in narrow credit spreads and high-yield prices, that perhaps there is a significant distortion there. Having said that, it suggests that as long as the FED and Bank of Japan and other Central Banks keep writing checks and do not withdraw, then the bubble can be supported as in blowing bubbles. They are blowing bubbles. When that stops there will be repercussions.

And unfortunately, it is not just the United States that has a bubble economy.  In fact, the gigantic financial bubble over in Japan may burst before our own financial bubble does.  The following is from a recent article by Graham Summers…

First and foremost, Japan is the second largest bond market in the world. If Japan’s sovereign bonds continue to fall, pushing rates higher, then there has been a tectonic shift in the global financial system. Remember the impact that Greece had on asset prices? Greece’s bond market is less than 3% of Japan’s in size.

For multiple decades, Japanese bonds have been considered “risk free.” As a result of this, investors have been willing to lend money to Japan at extremely low rates. This has allowed Japan’s economy, the second largest in the world, to putter along marginally.

So if Japanese bonds begin to implode, this means that:

1)   The second largest bond market in the world is entering a bear market (along with commensurate liquidations and redemptions by institutional investors around the globe).

2)   The second largest economy in the world will collapse (along with the impact on global exports).

Both of these are truly epic problems for the financial system.

And of course the entire global financial system is a giant bundle of debt, risk and leverage at this point.  We have never seen anything like this in world history.  When you step back and take a good, hard look at the numbers, they truly are staggering.  The following statistics are from one of my previous articles entitled “Why Is The World Economy Doomed? The Global Financial Pyramid Scheme By The Numbers“…

The financial meltdown that happened back in 2008 should have been a wake up call for the nations of the world.  They should have corrected the mistakes that happened so that nothing like that would ever happen again.  Unfortunately, nothing was fixed.  Instead, our politicians and the central bankers became obsessed with reinflating the system.  They piled up even more debt, recklessly printed tons of money and kicked the can down the road for a few years.  In the process, they made our long-term problems even worse.  The following is a recent quote from John Williams of shadowstats.com…

The economic and systemic solvency crises of the last eight years continue. There never was an actual recovery following the economic downturn that began in 2006 and collapsed into 2008 and 2009. What followed was a protracted period of business stagnation that began to turn down anew in second- and third-quarter 2012. The official recovery seen in GDP has been a statistical illusion generated by the use of understated inflation in calculating key economic series (see Public Comment on Inflation). Nonetheless, given the nature of official reporting, the renewed downturn likely will gain recognition as the second-dip in a double- or multiple-dip recession.

What continues to unfold in the systemic and economic crises is just an ongoing part of the 2008 turmoil. All the extraordinary actions and interventions bought a little time, but they did not resolve the various crises. That the crises continue can be seen in deteriorating economic activity and in the panicked actions by the Federal Reserve, where it proactively is monetizing U.S. Treasury debt at a pace suggestive of a Treasury that is unable to borrow otherwise.

And there are already lots of signs that the next economic downturn is rapidly approaching.

Would revenues at Wal-Mart be falling if the economy was getting better?

U.S. jobless claims hit a six week high last week.  We aren’t in the danger zone yet, but once they hit 400,000 that will be a major red flag.

And even though we are still in the “good times” relatively speaking, the federal government is already talking about tightening welfare programs.  In fact, there are proposals in Congress right now to make significant cuts to the food stamp program.

If food stamps and other welfare programs get cut, that is going to make a lot of people very, very angry.  And that anger and frustration will get even worse when the next economic downturn strikes and millions of people start losing their jobs and their homes.

What we are witnessing right now is the calm before the storm.  Let us hope that it lasts for as long as possible so that we can have more time to prepare.

Unfortunately, this bubble of false hope will not last forever.  At some point it will end, and then the pain will begin.