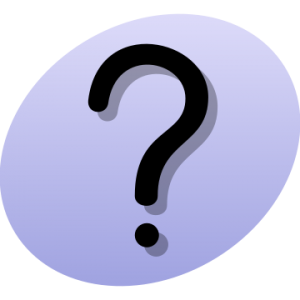 If you want to track how close we are to the next financial collapse, there is one number that you need to be watching above all others.  The number that I am talking about is the yield on 10 year U.S. Treasuries, because it affects thousands of other interest rates in our financial system.  When the yield on 10 year U.S. Treasuries goes up, that is bad for the U.S. economy because it pushes long-term interest rates up.  When interest rates rise, it constricts the flow of credit, and a healthy flow of credit is absolutely essential to the debt-based system that we live in.  Just imagine someone squeezing a tube that has water flowing through it.  The higher interest rates go, the more economic activity will be squeezed.  If interest rates continue to rise rapidly, it will be more expensive for the U.S. government to borrow money, it will be more expensive for state and local governments to borrow money, the housing market may crash again, consumer debt will become more expensive, junk bond investors will be in for a world of hurt, the stock market will experience a tremendous amount of pain and there is a good chance that we could see the 441 trillion dollar interest rate derivatives bubble implode.  And that is just for starters.

We are truly moving into unprecedented territory, because we have been in a bull market for U.S. Treasuries for the last 30 years.  Many investors don’t even know that it is possible to lose money on U.S. Treasuries.  They have been described as “risk-free” investments, but that is far from the truth.

In fact, we could see bond investors of all types end up losing trillions of dollars before it is all said and done.

And those in the stock market will lose lots of money too.  Low interest rates are good for economic activity which is good for the stock market.  The chart posted below shows that stock prices have generally risen as the yield on 10 year U.S. Treasuries has steadily declined over the past 30 years… 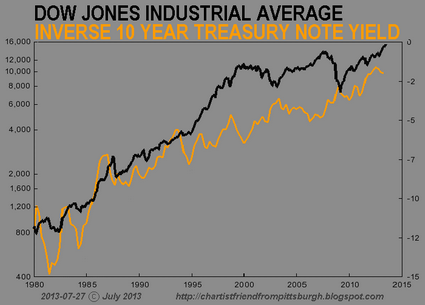 When interest rates rise, that is bad for economic activity and bad for stocks.  That is why so many stock analysts are alarmed that interest rates are going up so rapidly right now.

And as I wrote about the other day, we have just witnessed the largest cluster of Hindenburg Omens that we have seen since before the last financial crisis.  The stock market already seems ripe for a huge “adjustment”, and rising interest rates could give it a huge extra push in a negative direction.

By the time it is all said and done, stock market investors could end up losing trillions of dollars in the next stock market crash.

In addition, rising interest rates could easily precipitate another housing crash.  As the Wall Street Journal discussed on Friday, as the yield on 10 year U.S. Treasuries goes up it will also cause mortgage rates to rise…

Higher yields will push up long-term borrowing cost for U.S. consumers and businesses. Mortgage rates will rise, and investors are keeping a close eye on whether this may derail the recovery of the housing market, which has shown signs of turning a corner this year.

In one of my previous articles, I included an example that shows just how powerful rising mortgage rates can be…

If you own a $300,000 house today, do you think it will be easier to sell it or harder to sell it if mortgage rates skyrocket?

Yes, of course it will be much harder.  In fact, there is a good chance that you will have to reduce your selling price significantly so that prospective buyers can afford the payments.

Let us hope that the yield on 10 year U.S. Treasuries levels off for a while.  If it says at this current level, the damage will probably not be too bad.

But if it crosses the 3 percent mark and keeps soaring, things could get messy pretty quickly.  In fact, according to a Bank of America Merrill Lynch investor survey, the 3.5 percent mark is when the collapse of the bond market is likely to become “disorderly”…

Our latest Credit Investor Survey, conducted July 8-11, showed that 3.5% on the 10-year is most commonly thought of as the trigger of a disorderly rotation – i.e. higher interest rates leading to outflows and wider credit spreads – among high grade investors.

Put differently, 3.0% on the 10-year will not lead to overall wider credit spreads if there is enough buying interest from institutional investors (though note that the 10s/30s spread curve would flatten further, as mutual fund/ETF holdings are concentrated in the belly of the curve, whereas institutional demand is disproportional in the long end of the curve). However, if the probability of a further move higher in interest rates to 3.5% is high – which will be the perception if interest rate volatility is high – certain institutional investors will choose to remain on the sidelines.

Well, there are a number of factors of course, but one very disturbing sign is that foreigners are selling off U.S. Treasuries at a pace that we have not seen since 2007…

One of the biggest fears in the financial markets is that foreign investors will stop buying U.S. Treasury securities, causing borrowing rates to surge.

Not that this is the beginning of a frightening trend, but new data from the Treasury Department shows that foreigners were net sellers in June. In fact, this is the largest net sale of U.S. securities since August 2007.

Do you remember all of the warnings that we have received over the years about what would take place when foreign countries started dumping U.S. debt?

Well, it looks like it may be starting to happen.

Unfortunately, there is no way that the party that the U.S. government has been throwing can continue without foreigners buying our debt.  We have added more than 11 trillion dollars to the national debt since the year 2000, and according to Boston University economist Laurence Kotlikoff we are facing unfunded liabilities in future years that are in excess of 200 trillion dollars.

Even with foreigners continuing to loan us gigantic mountains of super cheap money, it would still take a doubling of our taxes to put us on a fiscally sustainable course…

Writing in the September issue of Finance and Development, a journal of the International Monetary Fund, Prof. Kotlikoff says the IMF itself has quietly confirmed that the U.S. is in terrible fiscal trouble – far worse than the Washington-based lender of last resort has previously acknowledged. “The U.S. fiscal gap is huge,” the IMF asserted in a June report. “Closing the fiscal gap requires a permanent annual fiscal adjustment equal to about 14 per cent of U.S. GDP.”

This sum is equal to all current U.S. federal taxes combined. The consequences of the IMF’s fiscal fix, a doubling of federal taxes in perpetuity, would be appalling – and possibly worse than appalling.

Prof. Kotlikoff says: “The IMF is saying that, to close this fiscal gap [by taxation] would require an immediate and permanent doubling of our personal income taxes, our corporate taxes and all other federal taxes.

“America’s fiscal gap is enormous – so massive that closing it appears impossible without immediate and radical reforms to its health care, tax and Social Security systems – as well as military and other discretionary spending cuts.”

Can you afford to pay twice as much in taxes to the federal government?

But that is how serious the financial problems of the federal government are.

Also, all of the above assumes that we will have a healthy financial system that does not need to be bailed out again.

But if rapidly rising interest rates cause the 441 trillion dollar interest rate derivatives bubble to implode, the bailout that the “too big to fail” banks will need will likely be far, far larger than last time.

In fact, once that bubble bursts there probably will not be enough money in the entire world to fix it.

If the picture that I have painted above sounds bleak, that is because it is bleak.

Sometimes I get frustrated with myself because I don’t feel I am communicating the tremendous danger that we are facing accurately enough.

We are heading for the worst financial crisis in modern human history, and the debt-fueled prosperity that we are enjoying today is going to go away and it is never going to come back.

You can dismiss that as “doom and gloom” and stick your head in the sand if you want, but that isn’t going to help anything.  Instead of ignoring reality you should be working hard to prepare your family for what is coming and warning others that they should be getting prepared too.

When a hurricane is approaching landfall, you don’t take your family out for a picnic at the beach.  That would be foolish.  Unfortunately, way too many Americans are acting as if nothing like the financial crisis of 2008 could ever possibly happen again.

If you deceive yourself into thinking that all of this is going to have a happy ending somehow, you are going to get blindsided by the coming storm.

But if you make preparations now, you might just be okay.

So watch the yield on 10 year U.S. Treasuries.  The higher it goes, the later in the game we are.