The U.S. Federal Reserve is getting ready to conduct another gigantic bailout of the big banks, but this time virtually nobody in the mainstream media will use the term “bailout” and the American people are going to get a lot less upset about it.  You see, one lesson that was learned during the last round of bank bailouts was that the American people really, really do not like it when the U.S. Congress votes to give money to the big banks.  So this time, the financial “powers that be” have figured out a way around that.  Instead of going through the massive headache of dealing with the U.S. Congress, the Federal Reserve is simply going to print money and give it directly to the banks.  To be more precise, the Federal Reserve is going to use a procedure known as “quantitative easing” to print money out of thin air in order to purchase large quantities of “troubled assets” (such as mortgage-backed securities) from the biggest U.S. banks at well above market price.  Some are already openly wondering if this next round of quantitative easing is going to be the biggest bank robbery in history.  Most Americans won’t understand these “backdoor bailouts” well enough to get upset about them, but that doesn’t mean that they won’t be just as bad (or even worse) than the last round of bailouts.  In the end, all of the inflation that this new round of quantitative easing is going to cause is going to be a “hidden tax” on all of us.

These new backdoor bailouts are going to work something like this….

1) The big U.S. banks have massive quantities of junk mortgage-backed securities that are worth little to nothing that they desperately want to get rid of.

2) They convince the Federal Reserve (which the big banks are part-owners of) to buy up these “toxic assets” at way above market price.

3) The Federal Reserve creates massive amounts of money out of thin air to buy up all of these troubled assets.  The public is told that all of this “quantitative easing” is necessary to stimulate the U.S. economy.

4) The big banks are re-capitalized and have gotten massive amounts of bad mortgage securities off their hands, the Federal Reserve has found a way to pump hundreds of billions (if not trillions) of dollars into the economy, and most of the American people are none the wiser.

During a recent appearance on MSNBC, Matt Taibbi of Rolling Stone did a great job of explaining how this all works….

The truth is that the Federal Reserve does whatever it can to ensure that the big U.S. banks stay fat and happy.

So what about the small banks?  What happens to them?

Well, the vast majority of the small banks are considered “not big enough for bailouts” and they are allowed to die like dogs.

Don’t let anyone ever fool you into thinking that the U.S. banking system has a level playing field.

For weeks, Federal Reserve officials have been coming out and have been dropping hints about how important it is for them to take “action” and implement another round of quantitative easing in order to help stimulate the U.S. economy.

In fact, during his speech on Friday, you could almost hear Ben Bernanke salivating at the thought of printing more money.

But nobody ever really asks who is going to be the first to get their hands on all this money that the Fed is going to pump into the economy.

The answer, of course, is obvious.

It is going to be the big banks – the same banks that are part-owners of the Federal Reserve and that have tremendous influence over Fed policies.

But even though this is all more than a little shady, is it such a bad thing for the rest of us if the Federal Reserve bails out the big banks and brings some much needed stability back to the U.S. financial system?

After all, if “Foreclosure-Gate” could potentially cause a nightmarish financial meltdown, isn’t it better for the Federal Reserve to step in and soak up large amounts of these toxic assets?

Those are legitimate questions.

Certainly the Federal Reserve has the power to step in and smooth over all sorts of short-term problems by papering them with money, but in the end printing more money will just make our long-term problems even worse.

Whenever a new dollar is introduced into the system, every other dollar in existence loses a little bit of value.

When trillions of new dollars get introduced into the system, it has the potential to create an inflationary nightmare.

Already, a number of top Fed officials are publicly saying that inflation is “too low” and that we need to purposely generate more inflation in order to “stimulate” the U.S. economy.

Yes, that is just as insane as it sounds, but that is what they are actually proposing.

Apparently many top Federal Reserve officials honestly believe that they can pump trillions into the economy, jack up inflation significantly, and little harm will be done.

But even before “QE2” has begun, we are already starting to see all kinds of little bubbles beginning to develop in the financial system.  For example, commodity prices are skyrocketing right now, and that will soon be affecting the price we pay for food at the supermarket.

We are already on the road to serious inflation and the Federal Reserve has not even fired up the money hoses yet.  So what is going to happen after they pump trillions more into the economy?

Printing more money and giving it to the banks is not going to solve our economic problems.  It is just going to make them worse.

But unfortunately, American voters get no say about any of this.  Our national monetary policy is in the hands of an unelected central bank that does pretty much whatever it wants.

An economic nightmare is coming, and you had better get ready. 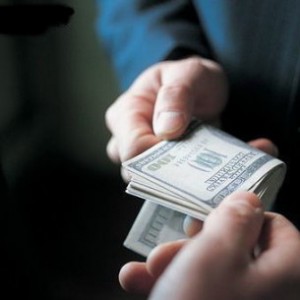