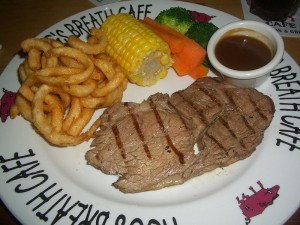 Should we all quit working and jump on board the Obama gravy train?  Of course I am being facetious, but when you are barely surviving does there come a point when it just becomes easier to give up and totally rely on the government?  Today, the federal government runs nearly 80 different means-tested welfare programs, and many state and local governments have their own welfare programs on top of that.  If you become an expert on those programs and you learn how to game the system, can you live more comfortably than someone that lives honestly and works as hard as they can and yet still makes less than 10 dollars an hour?  Now, right from the outset of this article, let me make it abundantly clear that I do not believe that most people are abusing the system.  As I have written about over and over, the number of Americans living in poverty is rapidly increasing because there are not enough jobs.  There are not enough jobs because we are shipping millions of them out of the country to the other side of the globe, and we are also losing millions of jobs to technology.  There have always been those that need our help, and because of the foolish decisions that we have made as a nation, the ranks of the poor will continue to expand.  But it is also true that there are some people out there that are very brazenly abusing the system.  For example, is it really fair for people on food stamps to buy prime rib and lobster while many working families barely survive?  People like that are taking advantage of their fellow Americans, and they are making it harder for the people that really need the help to be able to get it.

Unfortunately, we are rapidly becoming an “entitlement society”.  Close to half the country lives in a home that receives some sort of monetary benefits from the federal government each month at this point.

And if you can believe it, the number of Americans on food stamps now exceeds the entire population of Spain.

Will we all eventually be on food stamps?

Actually, the truth is that there are millions upon millions of hard working American families that are desperately trying to make it on their own and that don’t want to become financial dependents of the federal government.  Unfortunately, it can be a little disheartening when you are barely making it from month to month and yet you see others using government benefit cards to buy luxury items.

The other day my wife came across a discussion on Facebook that really caught her attention.  I thought that I would share with you all the post that got that discussion going.  As far as I can determine, this woman shared what she believed she actually saw at her local grocery store, but I have no way of determining if this story is true or not.  But I have seen quite a few similar stories of food stamp abuse in the past.  Either way, I think the following story will be good to help spark a conversation about whether our current system is broken or not.  All of the names have been removed so as to protect the identity of the woman that originally posted this on Facebook…

Okay…so, I’m going to go on a rant for a minute…just to get it off my chest…

**** & I went to the grocery store to pick up a few things because we were getting low…sooo, we pick up our 40% off chicken and buy one get two free items and proceed to checkout.

There is a woman ahead of us with a child about 4 years old. The woman, I couldn’t help but notice….had beautiful fingernails, clearly professionally done…and I also noticed her brand new IPHONE…which she was talking on, and I think that is rude while you are being checked out. Her little girl was commenting on the TWO live lobsters in a bag on the checkout, asked if it was going to hurt when they get cooked, her mom brushed her off…at that time I took a look at what else she had on the counter…A HUGE roast, sirloin tips, shrimp, beef ribs and pork ribs…only the prime cuts… I thought to myself….mmmmmm someone is having a yummy dinner and must have a great job as I could not afford these things (not that I’d get my nails done anyway)….

So…the cashier gives her a total and what does she pull out of her wallet but a BENEFIT card!!!!!!! I had all I could do to contain myself…

Sometimes people need help, and I’m okay with that, and those who need it should get it….BUT…if you can afford the latest IPHONE and fancy nails then why in the world are the taxpayers paying for your LOBSTER?!!!! If she really needed help and food, she should have been buying the “sale” items…40% off chicken, buy one get one free cheese ravioli…you know, like the rest of us working class have to buy!

It especially makes me mad because there ARE PEOPLE WHO NEED HELP and can’t get it…My son and his girlfriend and brand new baby aren’t eligible for an ounce of help…they tried, she works days and he works nights so that they don’t have to pay for day-care, they use inexpensive diapers and try to save money anyway they can, they struggle to make ends meet and to pay for their straight talk phones and to boot are paying off college loans…but they supposedly make too much…c’mon, really, he works at McDonalds and she works in a nursing home…lets be real here…those are the type that SHOULD get help…UGHHHH Our system is broken and something needs to be done about it!!!

There, that’s my rant…kudo’s to you if you managed to read the whole thing as I know it was an awful long rant….Gotta go work now, 😉 Thanks for listening.

In response to her story, dozens of people posted comments.  Quite a few people said that they had seen similar things where they lived.

And the truth is that food stamps are accepted just about wherever you look these days.  Just check out this shocking article: “Obama’s food-stamp nation: ‘We accept EBT’ signs are everywhere“.

So is this kind of thing fair?

If not, what can be done about it?

What everybody can agree upon is that the number of food stamp recipients is absolutely exploding.  The following is from a recent CNS news article…

But this didn’t just start under Obama.  Back in the year 2000, there were just 17 million Americans on food stamps.

30 million more have been added to the program since then.

And of course food stamps is not the only federal welfare program that is being abused.

According to the Wall Street Journal, there has been a tremendous amount of abuse in the free cell phone program as well.

The U.S. government spent about $2.2 billion last year to provide phones to low-income Americans, but a Wall Street Journal review of the program shows that a large number of those who received the phones haven’t proved they are eligible to receive them.

The Lifeline program—begun in 1984 to ensure that poor people aren’t cut off from jobs, families and emergency services—is funded by charges that appear on the monthly bills of every landline and wireless-phone customer. Payouts under the program have shot up from $819 million in 2008, as more wireless carriers have persuaded regulators to let them offer the service.

A lot of people refer to those free cell phones as “Obamaphones”, but the truth is that the program has been going on for a long time.  It just has accelerated greatly under Obama.

So what is the solution to all of this?

Well, what we really need are a lot more jobs, but in the State of the Union address last night Obama simply rehashed a lot of the same tired proposals that he and our former presidents have been promoting for years.

There is a reason why the percentage of the civilian labor force in the United States that is employed has been steadily declining every single year since 2006.  We keep pursuing foolish policies, and those policies are steadily destroying our economy.

For example, Barack Obama says that we need even more “free trade agreements” and that we need to integrate our economy into the emerging one world economic system even more deeply.

But as I have shown in article after article, the “free trade” agenda of the global elite has resulted in the loss of tens of thousands of U.S. businesses and millions of good paying U.S. jobs.

For much more on this, please see the following article: “55 Reasons Why You Should Buy Products That Are Made In America“.

And of course Obama once promised that he would never “rest” until he had fixed our employment problems, but that hasn’t exactly been the truth either.  The following is from a recent article by Dan Gainor…

Back in 2009, the president promised never to “rest” until the job situation was fixed. Nearly four years later, he’s done a lot of resting.

According to The Weekly Standard, Pres. Obama has had 83 vacation days overall and Factcheck.org says he took 26 of those in 2009. That means the president has taken at least 57 vacation days since his vow not to “rest.”

But hey, he needs his rest.  Life is rough.  U.S. taxpayers only spend about a billion dollars a year on the Obamas.  How is he supposed to scrape by on such limited resources?

Meanwhile, Americans are still incredibly pessimistic about the economy.  The following is what one recent survey found…

And as you can see from the charts in this article, U.S. businesses remain very pessimistic about the future of the economy as well.

Unfortunately, those that are pessimistic about the economy have very good reasons to be so.

And as bad as things are right now, they are going to be getting much, much worse.

That means that millions more Americans are going to be wanting to sign up for food stamps and other welfare programs.

But what will happen someday when the safety net breaks and all of those welfare programs start getting cut back dramatically?

What kind of riots will we see in major U.S. cities when the international community insists that the U.S. implement its own version of “austerity” in response to a massive debt crisis?

Will we eventually end up just like Greece and Spain or even worse?

Please share this article with as many people as you can, and please feel free to leave your thoughts on this article above by posting a comment below… 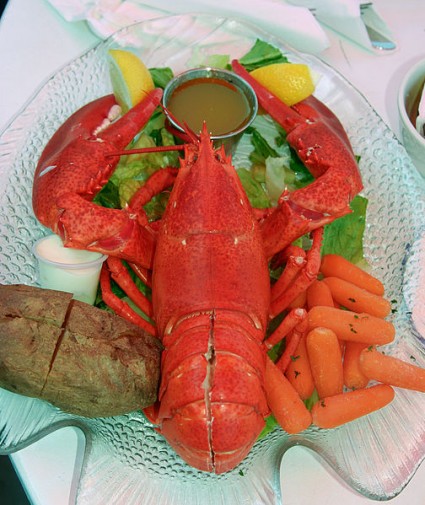