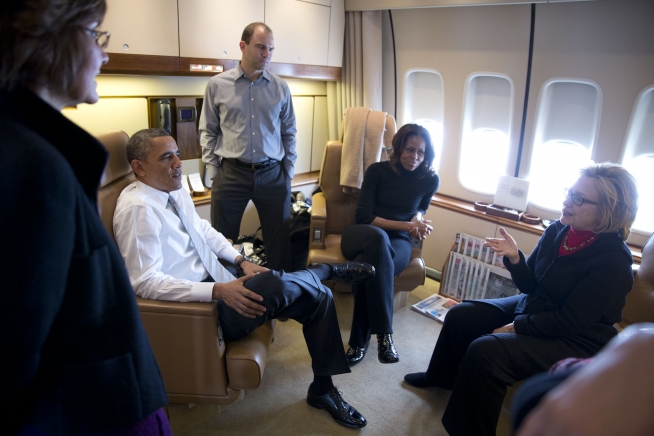 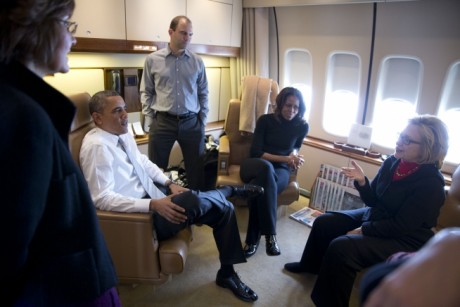 It has been said that nothing happens by accident in politics, and it is certainly no accident that Barack Obama, Hillary Clinton, members of the U.S. Senate and the mainstream media are all suddenly buzzing about “Russian hacking” and “Russian interference” in our elections.  Over the past 48 hours, the Washington Post, the New York Times, and just about every other major news source in America has been breathlessly telling us that the CIA has concluded that the Russians “intervened” in the presidential election with the specific goal of helping Donald Trump win.  The implication is that if the Russian interference was significant enough, it could have “unfairly” altered the outcome of the election and thus Donald Trump’s victory was not legitimate.  And if his victory was not legitimate, that opens up all sorts of possibilities for the Democrats.

For those that have been wondering if the establishment was going to attempt to steal the presidency away from Donald Trump before he can be inaugurated, we now appear to have our answer.

There are several ways that this could work, and we’ll take it one step at a time.

On Friday, we were suddenly assaulted with all sorts of headlines about how the U.S. intelligence community has concluded that the Russians interfered in the election and that they did so with the intention of helping Trump win.  The following example comes from CNBC…

The New York Times reported American intelligence agencies have “high confidence” that Russia intervened in the later stages of the 2016 election to help Trump win the presidency. Senior administration officials said the Russian government gave WikiLeaks emails from the Democratic National Committee, among others including Hillary Clinton’s campaign chairman John Podesta. The organizations also found evidence that Russia hacked the Republican National Committee’s computer systems, but did not release the information.

More specifically, we are being told that it is the CIA that is the primary source of this “intelligence”.  Of course the public is not being shown a shred of evidence that the Russians were behind any of this.  Instead, we are just being told to trust the “experts” at the CIA…

The CIA has concluded that Russia intervened in the 2016 election specifically to help Donald Trump win the presidency, a U.S. official has confirmed to NPR.

“Before, there was confidence about the fact that Russia interfered,” the official says. “But there was low confidence on what the direction and intentionality of the interference was. Now they [the CIA] have come to the conclusion that Russia was trying to tip the election to Trump.”

On Sunday, four members of the U.S. Senate came forward to express their concerns about Russian interference.  Two of the four were Democrats, and the other two were Republicans that have been some of the most vocal critics of Donald Trump throughout the election season.  I don’t think that it is any accident that John McCain and Lindsey Graham have chosen to be part of this effort…

“While protecting classified material, we have an obligation to inform the public about recent cyberattacks that have cut to the heart of our free society. Democrats and Republicans must work together, and across the jurisdictional lines of the Congress, to examine these recent incidents thoroughly and devise comprehensive solutions to deter and defend against further cyber-attacks.”

And of course this comes on the heels of Barack Obama ordering all of the intelligence agencies under his command to show him any evidence of Russian interference in the election before he leaves office.  According to NBC News, he is insisting that this evidence be delivered to him before January 20th…

President Barack Obama has ordered U.S. intelligence agencies to deliver to him a dossier of the evidence that the Russian government used cyber attacks and other means to intervene in the 2016 election, possibly with the idea of making more information public, a senior intelligence official told NBC News.

White House counterterrorism advisor Lisa Monaco told reporters that the results of the report would be shared with lawmakers and others. Obama leaves office on Jan. 20. Monaco used careful language, calling it a “full review of what happened during the 2016 election process.”

Incredibly, this review is actually going to be headed up by the infamous James Clapper…

Taking the absurdity to a whole new level, Obama wants the report completed before his term ends on January 20, by none other than a proven and confirmed liar: “The review will be led by James Clapper, the outgoing director of national intelligence, officials said.” In other words, the report that the Kremlin stole the election should be prepared by the time Trump is expected to be sworn in.

“We are going to make public as much as we can,” the spokesman added. “This is a major priority for the president.”

So what is there such an urgency to this?

Couldn’t they just begin this review now and have it completed at some point under the Trump administration?

Or could it be possible that they need this information so urgently because they want to use it for political purposes?

Some are already suggesting that if there is “clear evidence” of unfair Russian intervention that the only reasonable outcome would be to hold another election.  In fact, former CIA agent Bob Baer just appeared on CNN and stated that if “the evidence is there, I don’t see any other way than to vote again.”

Could you imagine the uproar if that happened?

Personally, I think that is not likely to happen.

But this issue could be used to try to sway some Electoral College votes on December 19th.  We already know that one of Trump’s electoral voters has publicly pledged not to vote for him, and he claims that he has other Republican electoral voters that plan on joining him.

But even if Trump successfully gets through the Electoral College vote, he still has one more hurdle to get over.

On January 6th, a joint session of Congress will meet to count the electoral votes.  Most of the time this is a formality, but this time around that may not be the case.

So even if Donald Trump receives at least 270 Electoral College votes, he could still be denied the presidency by Congress.

And that may be what the establishment is shooting for.  If they can present “compelling evidence” that Russian interference “unfairly” altered the outcome of the election in November, perhaps enough members of Congress can be convinced to vote to invalidate Trump’s election victory.

I don’t think that is going to happen, but when it comes to Trump the normal rules don’t seem to apply.

However, what should be apparent to everyone is that Barack Obama, Hillary Clinton and the members of Congress that are suddenly making this such a huge issue all have a reason for doing so.  They claim that they are doing it for the good of the country, but in politics there is almost always an ulterior motive for everything.

Do they actually intend to try to steal the presidency from Donald Trump?

If they do, we won’t have too long to wait before we find out.