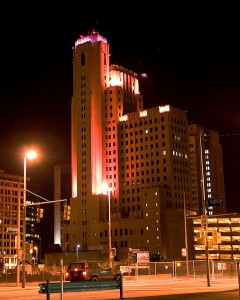 It has been said that there are two ways to conquer and enslave a nation.  One way is by using the sword, and the other is by using debt.  Fortunately, America is not in danger of being conquered by the sword right now, but America is being conquered by debt.  The borrower is the servant of the lender, and today we owe China more than a trillion dollars.  By running a gigantic trade deficit with us, China has been able to become incredibly wealthy.  We have begged them to lend us back some of the money that we have sent them and this has made them even wealthier.  Now China is gobbling up U.S. real estate and U.S. assets at an astounding pace.  In fact, some cities are in danger of becoming completely dominated by Chinese ownership.  One of those cities is Toledo, Ohio.  In many “rust belt” areas, real estate can be had for a song, and the Chinese are taking full advantage of this.  America was once the wealthiest nation on earth, but now we are drowning in debt and we are being sold off in chunks to the highest bidder.  Is this the legacy that we are going to leave for future generations?

According to a recent Fortune article, Chinese investors have been very busy purchasing distressed commercial real estate in Toledo lately….

In March 2011, Chinese investors paid $2.15 million cash for a restaurant complex on the Maumee River in Toledo, Ohio. Soon they put down another $3.8 million on 69 acres of newly decontaminated land in the city’s Marina District, promising to invest $200 million in a new residential-commercial development. That September, another Chinese firm spent $3 million for an aging hotel across a nearby bridge with a view of the minor league ballpark.

Toledo is being promoted to Chinese investors as a “5-star logistics region“.  From Toledo it is very easy to get to Chicago, Detroit, Cleveland, Pittsburgh, Columbus and Indianapolis.

With a population of 287,000, Toledo is only the fourth largest city in Ohio, but it lies at the junction of two important highways — I-75 and I-80/90. “My vision is to make Toledo a true international city,” Toledo’s Mayor Mike Bell told the Toledo Blade.

For some reason the Chinese seem to be very interested in that area of the country.  Last month, I wrote about how one Chinese group plans to develop a 200 acre “China city” just 40 minutes away from Toledo….

A Chinese group known as “Sino-Michigan Properties LLC” has bought up 200 acres of land near the town of Milan, Michigan.  Their plan is to construct a “China City” with artificial lakes, a Chinese cultural center and hundreds of housing units for Chinese citizens.  Essentially, it would be a little slice of communist China dropped right into the heartland of America.  This “China City” would be located about 40 minutes from both Detroit and Toledo, and it would be marketed to Chinese business people that want to start businesses in the United States.

But it is not just the rust belt that is being bought up by the Chinese.  A recent Forbes article documented several of the huge real estate deals that the Chinese are doing in New York right now….

According to a recent report in the New York Times, investors from China are “snapping up luxury apartments” and are planning to spend hundreds of millions of dollars on commercial and residential projects like Atlantic Yards in Brooklyn. Chinese companies also have signed major leases at the Empire State Building and at 1 World Trade Center, the report said.

In addition to real estate, the Chinese are also buying up businesses and natural resources all over the United States.

Also, the Obama administration has been allowing companies owned by the Chinese government to gobble up U.S. oil and gas deposits worth billions of dollars.

On top of all that, the Federal Reserve recently announced that it will now allow Chinese banks to start buying up American banks.

So how in the world did we come to be so completely and totally dominated by China?

Well, the key to all of this is the trade deficit.

Most Americans can’t even tell you what a trade deficit is, but it is at the very heart of our economic problems.

Basically, we buy far, far more from other countries than they buy from us.

Most Americans don’t realize this, but the truth is that the United States has a trade imbalance that is more than 5 times larger than any other nation on earth has.

Overall, the U.S. has run a trade deficit of more than 8 trillion dollars with the rest of the globe since 1975.

If you go into a Wal-Mart of a dollar store today and you start looking at product labels, you will notice that hundreds of products say “made in China” and very few of them say that they were made in this country.

The U.S. trade deficit with China during 2011 was $295.4 billion.  That was the largest trade deficit that one country has had with another country in the history of the planet.

Sadly, so far our trade deficit with China in 2012 is about 12 percent larger than it was last year.

So things are getting even worse.

To get an idea of how far things have come, let us take a look back at the 1980s for a moment.

All of this imbalanced trade is absolutely killing us.

So why doesn’t China buy more stuff from us?

Well, there are a whole lot of reasons.  One of the main reasons is that they slap huge tariffs on many American-made goods.

For example, according to the New York Times a Jeep Grand Cherokee that costs $27,490 in the United States costs about $85,000 in China thanks to all the tariffs.

So why do we allow China to keep doing this to us?

All of the money that is leaving this country and going to China could be going to U.S. businesses and U.S. workers instead.  In turn, those businesses and workers would pay taxes on that money to support the government.

Instead, we have to go beg China to lend us the money that we just sent to them.

None of this ever had to happen.

But it did happen because we were stupid.

Now China has mountains of money to literally buy us up.

But China is not the only country that we have an imbalanced trading relationship with.

For example, the new “free trade agreement” between the United States and South Korea that Barack Obama has been touting went into full effect on March 15, 2012.

So how has that “free trade agreement” turned out so far?  The following is from a recent article by Pat Buchanan….

The truth is that these free trade agreements are not fair and balanced.

U.S. workers end up competing for jobs with workers in countries where it is legal to pay slave labor wages.  And other countries often have far fewer rules and regulations to follow as well.  In his recent article, Buchanan described why all Americans should be economic nationalists….

Global free trade means that companies that move factories outside the United States can send their products back to the United States free of charge and undercut businessmen who retain their American workers and live within American laws.

Free trade makes suckers and fools out of patriots.

Unfortunately, both major political parties in the United States are absolutely married to the one world economic agenda that the elite are pushing.

So we will continue to bleed wealth, businesses and jobs at an astounding pace.

You can get a really good idea of the horrific manufacturing job losses in the United States over the past 40 years by checking out this map right here.

Overall, the United States has lost a total of more than 56,000 manufacturing facilities since 2001.

According to the Economic Policy Institute, since 2001 America has lost approximately 2.8 million jobs due to our trade deficit with China alone.

There seems to be absolutely no concern with protecting American jobs these days.

If you can believe it, Chinese corporations are even building our bridges.  The following is a brief excerpt from a recent ABC News article….

Americans need to start understanding that our trade deficit is causing us to lose massive numbers of businesses and jobs and that this is making us poorer as a nation.

Even if you take away the effect of the housing collapse, household net worth still declined by 25 percent between 2005 and 2010.

A lot of that decline in wealth was due to the recent recession, but the point I am trying to make is that we are getting poorer as a nation.

We are getting deeper in debt at the same time that our ability to service that debt is declining.

The reality is that our economy is completely falling apart and it no longer produces enough jobs for everyone.

In fact, it isn’t even close.

Right now there are about 3.7 workers that are “officially” unemployed for every single job opening.

So what we are doing right now is clearly not working.

We need to fundamentally change direction as a nation.

Unfortunately, that is not going to happen any time soon. 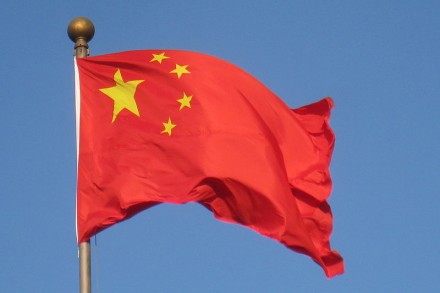