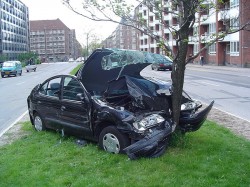 Warren Buffett once said that derivatives are “financial weapons of mass destruction”, and that statement is more true today than it ever has been before.  Recently, JP Morgan made national headlines when it announced that it was going to take a 2 billion dollar loss from derivatives trades gone bad.  Well, it turns out that JP Morgan did not tell us the whole truth.  As you will see later in this article, most analysts are estimating that the losses will eventually be far larger than 2 billion dollars.  But no matter how bad things get for JP Morgan, it will not be allowed to fail.  JP Morgan is the largest bank in the United States, so it is essentially the “granddaddy” of the too big to fail banks.  If JP Morgan gets to the point where it is about to collapse, the U.S. government and the Federal Reserve will rush in to save it.  Because of this “security blanket”, banks such as JP Morgan feel free to take outrageous risks.  Today, JP Morgan has more exposure to derivatives than anyone else in the world.  If they win, they win big.  If they lose, U.S. taxpayers will be on the hook.  Not only that, but thanks to Dodd-Frank, U.S. taxpayers are on the hook for bailing out the major derivatives clearinghouses if there is ever a major derivatives crisis.  So when the derivatives market crashes (and it will) you and I will be left holding a gigantic bill.

Derivatives almost caused the complete collapse of insurance giant AIG back in 2008.  But instead of learning our lessons, the derivatives bubble has gotten even larger since that time.

A Bloomberg article that was published last year contained a great quote from Mark Mobius about derivatives….

Mark Mobius, executive chairman of Templeton Asset Management’s emerging markets group, said another financial crisis is inevitable because the causes of the previous one haven’t been resolved.

“There is definitely going to be another financial crisis around the corner because we haven’t solved any of the things that caused the previous crisis,” Mobius said at the Foreign Correspondents’ Club of Japan in Tokyo today in response to a question about price swings. “Are the derivatives regulated? No. Are you still getting growth in derivatives? Yes.”

Never in the history of the world have we ever seen anything like this derivatives bubble.

Now JP Morgan is in quite a bit of trouble.  A recent Daily Finance article summarized how JP Morgan got into this mess….

Bruno Iksil, a trader working in the bank’s London office, placed a massive bet in the derivatives market. Derivatives “derive” their value from the value of an underlying asset, like stocks, bonds, currencies, or a market index. The specific type of derivative used in Iksil’s bet was a credit default swap index, known as “CDX.NA.IG.9.”

CDX.NA.IG.9 tracks a basket of corporate bonds. Iksil’s positions on the index were so big (one report put it at $100 billion) that they were moving the market and interfering with other traders’ positions. These annoyed traders — hedge-fund managers — dubbed Iksil “the London Whale” for his outsize bets.

So if the real number isn’t 2 billion dollars, how much will JP Morgan eventually lose?

The Independent is reporting that the losses could eventually reach 7 billion dollars.

One author featured on Zero Hedge suggested that the losses could ultimately reach 20 billion dollars….

The truth is that nobody really knows.  Everybody agrees that the losses will likely far exceed 2 billion dollars, but the real extent of the crisis will not be known until the trades play out.

A billion dollars will help, but it will not be nearly enough.

Many are interpreting this move as a sign of panic by JP Morgan.

Meanwhile, JP Morgan CEO Jamie Dimon continues to do quite well.  In fact, his 23 million dollar pay package was recently approved by shareholders at an annual meeting.

Wouldn’t you like to do your job badly and still make 23 million dollars?

It’s clear from public data filed with The Depository Trust & Clearing Corporation that JPMorgan Chase hasn’t sold any of its positions yet. The DTCC tracks trading activity and sizes of positions on the IG9 and other indexes, and there haven’t been any big moves since last week.

“Whatever the size was, it’s clearly not something that you can call one or two dealers and sell,” said Garth Friesen, a co-chief investment officer at AVM, a derivatives hedge fund that’s not involved in these trades.

As soon as it becomes clear that JPMorgan Chase is unwinding its position, it will be obvious to players on every major trading desk. Hedge funds will immediately start piling into that index and buying protection, driving up the bank’s losses.

Until then, it won’t cost the hedge funds much to sit and wait.

JP Morgan is desperately hoping that the markets move in their favor.

If the markets move against JP Morgan in a big way it could potentially be absolutely catastrophic for the biggest bank in America.

An excerpt from an email that Steve Quayle recently received from an anonymous international banking source contained some chilling analysis of the situation….

The derivative market that JPM plays in is the CDX.NA.IG.9, when factions within their London office (London Whale) made overly leveraged swaps, hedge funds smelled blood and so did a few banks. You see any moves that JPM does here on out exposes their weakness further. Which they can not afford any more exposure thus they are not buying back any more shares which is the equivalent of cutting an artery in a pool full of sharks. The strategy they are taking right now is to sit through the storm and ride it out as they can do nothing else for any action will make them even more vulnerable. They can not absorb hits in both JPM SLV and CDX.NA.IG.9. Inactivity is not something they want to do it is something they have to do. There is no other choice for them.

So what will happen if JP Morgan loses too much money?

There is no way that they are going to let the largest bank in America fail.

In addition, as I mentioned earlier, Dodd-Frank has put U.S. taxpayers on the hook for future bailouts of derivatives clearinghouses.  This was detailed in a recent Wall Street Journal article….

Little noticed is that on Tuesday Team Obama took its first formal steps toward putting taxpayers behind Wall Street derivatives trading — not behind banks that might make mistakes in derivatives markets, but behind the trading itself. Yes, the same crew that rails against the dangers of derivatives is quietly positioning these financial instruments directly above the taxpayer safety net.

One of the things that Dodd-Frank does is that it gives the Federal Reserve the power to provide “discount and borrowing privileges” to derivatives clearinghouses in the event of a major derivatives crisis.

This is what our politicians love to do.

They love to have the U.S. taxpayer guarantee everything.

Our politicians look at us as one giant insurance policy.

Apparently they believe that if anything in the financial world goes wrong that U.S. taxpayers should be the ones to clean up the mess.

But will we really have enough money to bail everyone out when the derivatives market crashes?

Today, the 9 largest banks in the United States have a total of more than 200 trillion dollars of exposure to derivatives.

That is approximately 3 times the size of the entire global economy.

The U.S. government is already nearly 16 trillion dollars in debt.

How in the world can we afford to keep bailing out the huge messes that Wall Street makes?

Sadly, most Americans have no idea how vulnerable our financial system really is.

It is a poorly constructed house of cards that could come crashing down at any time.

If you still have faith in our financial system you are being quite foolish and you will soon be bitterly, bitterly disappointed. 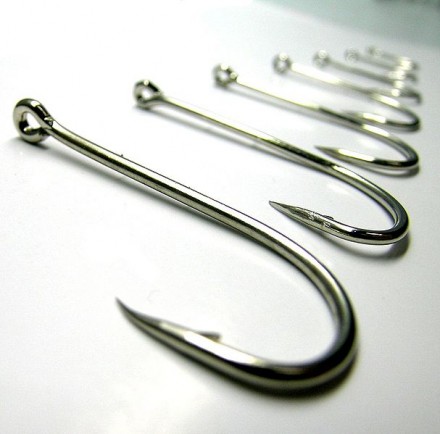