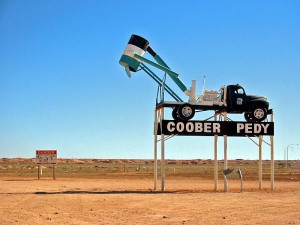 In a virtually uninhabitable section of South Australia, a discovery has been made which could rock the world.  Some are calling it the biggest discovery of oil in 50 years.  Earlier this year, a company called Linc Energy announced that tests had revealed that there was a minimum of 3.5 billion barrels of oil equivalent sitting under more than 65,000 square kilometres of land that it owns in the Arckaringa Basin.  But that is the minimum number.  It has been projected that there could ultimately be up to 233 billion barrels of recoverable oil in the area.  If that turns out to be accurate, the oil sitting under that land is worth approximately 20 trillion dollars, and it would be roughly equivalent to the total amount of oil sitting under the sands of Saudi Arabia.  In essence, it would be a massive game changer.

It would also mean that Australia now has more “black gold” than the nations of Iran, Iraq, Canada and Venezuela.

The closest town to this oil discovery, Coober Pedy, is in the process of being totally transformed.  It normally only has about 1,700 inhabitants, but news of this discovery has drawn in 20,000 additional people already and real estate prices in the town are absolutely skyrocketing.

So does all of this mean that gas prices will go down soon?

Well, unfortunately that is not likely to be the case.

First of all, the oil in this formation in Australia is going to be quite expensive to extract.  It has been estimated that it is going to cost up to 300 million dollars just to get this site ready for production.

In addition, many of our politicians are absolutely determined to greatly punish the use of oil because they believe that it is the primary cause of global warming.  So they continue to raise taxes on gasoline consumption.

Hopefully the price of gasoline will come down a bit over the next few years, but even if it does I would not expect it to come down too much.

But what we can be sure of is that the world is not going to run out of oil any time soon.  Those that have been predicting that we are are on the verge of an “energy doomsday” can take a rest for a while.

Sometimes it is funny to look back and remember some of the ridiculous things that our politicians were saying about oil in the old days.  For example, U.S. President Jimmy Carter made the following statement back in 1977….

“Unless profound changes are made to lower oil consumption, we now believe that early in the 1980s the world will be demanding more oil than it can produce”.

That prediction didn’t exactly work out for him did it?

It is time that the American people were told the truth about our energy situation, and the truth is that we have plenty of energy resources.  The following stats have been updated from one of my previous articles…

#2 It is estimated that there are 19 billion barrels of recoverable oil in the tar sands of Utah.

#3 It is estimated that there are 86 billion barrels of recoverable oil in the Outer Continental Shelf.

#4 It is believed that there are 800 billion barrels of recoverable oil in the Green River formation in Wyoming.

#5 Overall, the United States is sitting on approximately 1.442 trillion barrels of recoverable oil.

#6 According to the Institute of Energy Research, the United States has an 88 year supply of natural gas.

#7 According to the Institute of Energy Research, the United States has a 169 year supply of oil.

#8 According to the Institute of Energy Research, the United States has a 465 year supply of coal.

#9 Goldman Sachs is predicting that the United States will be the number one oil producing country in the world by the year 2017.

So the bottom line is that we have plenty of energy resources.  We do not need to be importing oil from OPEC or anyone else.

But just because we are not going to run out of oil, natural gas or coal any time soon does not mean that we should not be developing alternative energy resources.  We should definitely be seeking ways to produce energy more cheaply, more cleanly and more efficiently.

So yes, let’s be glad that we are not going to be facing a crippling energy crisis in this generation, but let’s also not be complacent.  There are lots of new technologies out there just waiting to be developed, and the rewards are going to go to those that are able to develop them first. 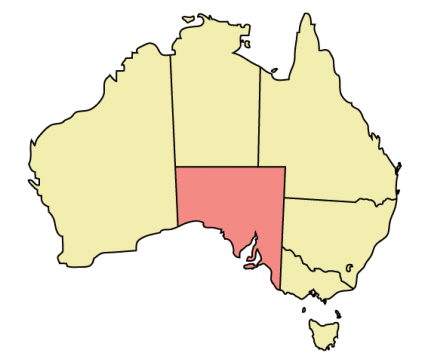