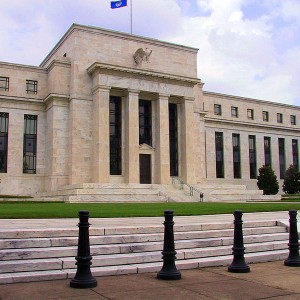 When you watch the mainstream news, how often do you hear them identify the Federal Reserve as the ultimate source of all of our financial problems?  Never?  Well, there is a good reason.  The Federal Reserve was created and continues to benefit the elite international bankers that are raping the United States blind financially.  Many of the same financial powers own large interests in the 6 gigantic media companies that dominate U.S. mainstream media.  So you won’t hear the truth from them.  On this website we go on and on about how bad the U.S. national debt is.  And it is really, really, really bad.  But rarely do you hear from anyone who we owe all of this money to.  Yeah, we owe large amounts to Japan and China and a bunch of other nations, but the biggest holder of our debt by far is the Federal Reserve.  Just like the owner of your mortgage or your car loan, they expect to be paid back – with interest.

Now U.S. Federal Reserve Chairman Ben Bernanke is warning that the U.S. national debt could balloon to more than 100% of GDP by the year 2020.  For those familiar with national debt statistics, that is a very, very dangerous threshold to cross.  Basically the United States is in debt up to its eyeballs and the debt continues to grow at an exponential rate.

Well, according to Bernanke, United States citizens will soon have to make difficult choices between higher taxes and reduced social spending.

The truth is that either alternative will slow down the U.S. economy and will reduce our standard of living, but this is the situation that we have gotten ourselves into.

And we have got to service that gigantic debt that we owe to the Federal Reserve (among others).

In fact, a whole lot of government officials are talking about taxes these days.

And not about lowering them.

Some administration officials are floating the idea of a national sales tax and others are openly discussing adopting a European-style “value-added” tax.

Any way that they can drain more money out of us sounds good to them.

In fact, members of Barack Obama’s “fiscal reform commission” say that higher taxes must be considered as a way to handle the U.S. government’s mounting debt problem.

Of course they could just stop wasting trillions of dollars, but apparently that is too hard.

And so where will all of these new taxes go?

To managing our colossal debt of course.

The truth is that we have locked generations of Americans into debt slavery.

We have piled up the biggest mountain of debt in the history of the world, and our children and grandchildren will spend all of their lives trying to pay interest on it.

Haven’t we left them with such a wonderful legacy?

If you don’t understand who the Federal Reserve is or what they are doing to us, please watch the excellent 4 minute video below.  It does a great job of introducing people to the rotten core at the center of the U.S. financial system.  We encourage you to send this video out to as many of your friends and family as possible.  Perhaps if there is a mass awakening, Americans can elect politicians that will shut down the Fed and will reclaim America’s financial destiny….