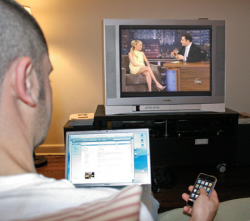 Which lifestyle choice produces better results – being a hard working American or being a government parasite?  Actually, when you look at the cold, hard numbers they may just surprise you.  In America today, we deeply penalize hard work and we greatly reward government dependence.  If you live in a very liberal area of the country and you know how to game the system, it is entirely possible to live a comfortable existence without ever working too much at all.  In fact, there are some Americans that have been living off of “government benefits” for decades.  Many of these people actually plan their lives around doing exactly what they need to do to qualify for as many benefits as possible.  America is rapidly turning into a European-style socialist welfare state and it is destroying our nation socially and financially.  Ever since the “war on poverty” began our debt has absolutely exploded and yet now there are more poor people in this country than ever before.  Obviously something is not working.

Now don’t get me wrong.  I deeply believe in having compassion for those that are going through tough times and having a safety net for those that cannot take care of themselves.  We should not have a single person in this nation going without food or sleeping in the streets.

But in America today it is absolutely ridiculous how many people are climbing aboard the “safety net”.  At this point, an astounding 49 percent of all Americans live in a home that receives some form of government benefits.

So who pays for all of this?

The people that drag themselves out of bed and go to work each day pay for it all.

Unfortunately, it doesn’t go very far at all.

First of all, a hard working American family will need some place to live.  Unfortunately, the vast majority of the decent jobs are near the big cities, and it is more expensive to live near the big cities.  Let’s assume that an average family of four will spend about $1000 a month on rent or on a mortgage payment.

The government parasite, on the other hand, has a whole host of federal, state and local housing programs to take advantage of.  During the recent economic downturn, more Americans than ever have been turning to the government for help with housing costs.  For example, federal housing assistance outlays increased by a whopping 42 percent between 2006 and 2010.

Once you have a place to live, you have to provide power and heat for it.  For the average hard working American, this is going to probably average about $300 a month, although this can vary greatly depending on where you live.

For the government parasite, there are once again a whole host of government programs to help with this.  For example, LIHEAP (Low Income Home Energy Assistance Program) assists low income households in paying their home heating bills.

Most average hard working Americans are also going to need phone and Internet service.  Let’s assume that the hard working family of four in our example is extremely thrifty and only spends $100 a month for these services.

For the government parasite, cell phone service is not a problem.  As I have written about previously, those that “qualify” can receive a free cell phone and free cell phone minutes every single month from the federal government.  In addition, in some areas of the nation low income families can qualify for deeply subsidized home Internet service.

In order to earn money, our hard working family is going to need to get to work.  In most households, both parents have decided to work these days so both of them will need cars.  Let’s assume that the family is very thrifty and that both cars were purchased used and that the car payments only total about $400 a month.

The hard working family will also need auto insurance for the two vehicles.  Let’s assume that both parents have a great driving record and that they only pay a total of about $100 a month for car insurance.

The cars will also need to be filled up with gasoline.  The average U. S. household spent $4155 on gasoline during 2011, but let’s assume that our family is very, very careful and that they only spend about $300 on gas each month.

In addition, a new bill (The Low-Income Gasoline Assistance Program Act) has been introduced in Congress that would give “qualifying” households money to help pay for gasoline….

Low-Income Gasoline Assistance Program Act – Directs the Secretary of Health and Human Services to make grants to states to establish emergency assistance programs to pay eligible households for the purchase of gasoline.

So what about food?

Everyone has to eat, right?

Well, the hard working family in our example is faced with an environment where food prices are constantly rising but paychecks are not keeping up.  Let’s assume that the hard working family in our example clips coupons and cuts corners any way that it can and only spends about $50 for each member of the family on food and supplies each week.  That comes to a total of $800 a month for the entire family.

So what about the government parasite?

Government parasites need to eat too.

Okay, so after all of this where do we stand?

Well, the average hard working family so far has spent $3500 out of the $4000 that they have to spend for the month.

There is actually no money left at all because we have forgotten one of the biggest expenses of all.

When you total up all federal, state and property taxes, our average hard working family is going to pay at least $1000 a month in taxes.

So that puts our average hard working family in the hole every single month.

Meanwhile, the government parasite does not pay any taxes because he or she does not earn enough money to be taxed.

Once again, I am not dumping on those that have been through all kinds of nightmares because of this economy.  As I have written about so frequently, the U.S. economy is simply not producing enough jobs for everyone anymore, and this is creating major problems.

Just about everyone needs a helping hand at some point, and we should always be compassionate to those that are in need.

However, there is also a growing number of Americans that are content to simply give up and live off of the government, and that is fundamentally wrong.

We desperately need the U.S. economy to be fixed, but I wouldn’t hold my breath waiting for that to happen.

As economic conditions get even worse in this country, millions more Americans are going to turn to the government for assistance and at some point the safety net is going to break.

What is our country going to look like when that happens? 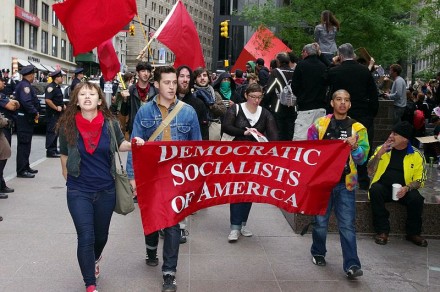