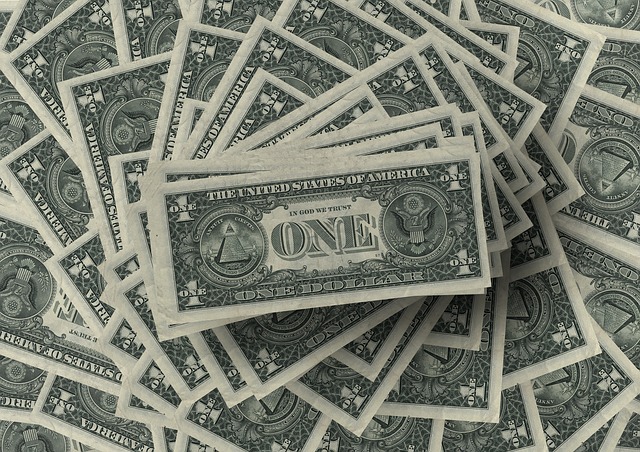 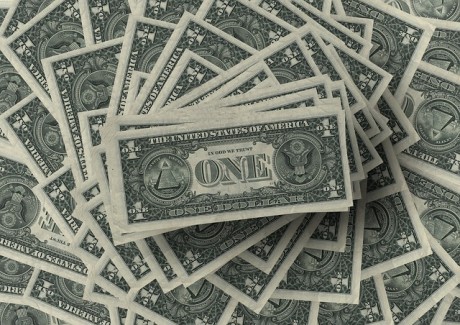 Did you know that 11 trillion dollars in global stock market wealth was wiped out during the third quarter of 2015?  When I was emailed this figure by a friend, I was stunned for a moment.  I knew that things were bad, but were they really this bad? When I first received this information, I had just finished a taping for a television show in which I had boldly declared that 5 trillion dollars of stock market wealth had been wiped out around the world.  Unfortunately, the final number has turned out to be much larger than that.  Over the past three months, the stock markets of all major global economies have been crashing simultaneously, and 11 trillion dollars of “paper wealth” has now completely vanished.  The following comes from Fortune…

Global equity markets suffered a bruising third quarter, shedding $11 trillion worth of global shares over three months, according to Bloomberg.

It was the market’s worst quarter since 2011. The prolonged slump was due to low prices for commodities such as oil, instability in China’s markets, and the anticipation that the U.S. Federal Reserve will soon raise interest rates.

In light of this number, how in the world is it possible that there is still anyone out there that is claiming that “nothing happened” over the past few months?

In China, they sure aren’t claiming that “nothing happened”.  Chinese stocks are down about 40 percent from the peak of the market.

In Germany, they sure aren’t claiming that “nothing happened”.  As of a few days ago a quarter of all German stock market wealth had been wiped out since the peak earlier this year.

But every time the markets have an up day there are all these people running around declaring that “the crash is over”.  Well, that is not how financial markets work.  They “stair-step” on the way up and they do the same thing on the way down.

And without a doubt, U.S. stocks still have a long, long way to go down.

Earlier this year, CAPE hit a peak of about 27, and by the beginning of August it was still sitting up around 26.  The only times CAPE has been higher has been just before other stock market bubbles have been burst… 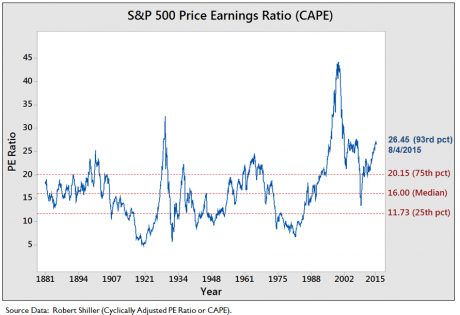 The chart below was recently posted by dshort.com and it shows that stock prices would have to fall more than 40 percent just to get back to the historical average (the mean).

Right now, lots of Americans are rushing to get back into the stock market because “September is over” and they figure that stocks are a good value now since they have gone down a good bit.

But as you can clearly see from the charts that I have just shared, U.S. stocks are still a terrible value.

Even if we don’t experience a “black swan event” like a major natural disaster, a large scale terror attack or the collapse of a globally important financial institution in the months ahead, it is inevitable that stocks will go down a lot more at some point.  Stocks simply cannot defy gravity forever.  These bubbles have always ended in crashes in the past, and the same thing is going to happen again this time.

People that are trying to tell you that “things are different this time” simply refuse to learn from history.

I am writing this piece while waiting for a plane at Denver International Airport.  I missed my connection because my first flight was delayed by about an hour.  So I am just sitting here watching people walk past.  Most of them are just living their lives without any idea of the disaster that is about to hit this country.

The things that are coming are the logical consequences for decisions that we have collectively made as a nation.

There are still many out there that do not believe that we will have to face any consequences for what we have done.

Unfortunately for all of us, they are not going to have to wait very long at all to see how incredibly wrong they were.