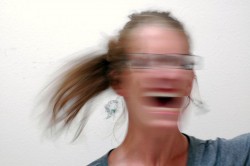 As the U.S. economy collapses, the thin veneer of civilization that we all take for granted is going to begin to disappear.  In fact, there are already an increasing number of signs that the collapse of society is accelerating.  In cities such as Chicago, roving packs of young people are “mob robbing” local businesses, randomly assaulting tourists and shoppers and are even pulling people out of vehicles.  This isn’t just happening in the “bad areas” anymore. Over the past couple of months this type of crime has been common in some of the wealthiest areas of Chicago.  In fact, many Chicago residents are now referring to “the Magnificent Mile” as “the Mug Mile”.  But it isn’t just in Chicago that this is happening.  During this past Memorial Day weekend, cities all over the United States experienced a stunning wave of mass violence.  We are supposed to be an “example” for the rest of the world, but as our economic wealth crumbles we are witnessing the collapse of society all around us.  So what is going to happen when the economy gets even worse?

The United States used to be a fairly civilized society.  But now very few people seem to care how they treat others.  That is even the case with our own government.  As you will see below, the government is now sending SWAT teams in and dragging people out of their homes over unpaid student loans.

So if the government is going to be so brutal, what kind of message does that send to our young people?

Today our young people are facing a future that looks incredibly bleak.  It is hard to have faith in the “system” when the “system” simply does not work any longer.

What are you supposed to say to a young person when you know very well that there are no jobs and that there is very little hope?

Most Americans don’t understand what is causing the collapse of the economy, but most of them do have a sinking feeling that something has seriously gone wrong.

For the last few years the American people have waited patiently for our politicians to “fix things”, but they have not gotten the job done.

Instead, our economic situation is still declining.

So now frustration is starting to boil over, and it is only going to get worse.

The following are 18 signs that the collapse of society is accelerating….

#1 In a brand new article, Janet Tavakoli has vividly described the wave of shocking violence that is currently sweeping the city of Chicago.  What she says is happening to Chicago right now is beyond alarming….

This year, all hell has broken loose in downtown Chicago. Years of under-hiring have resulted in a police force that is unprepared for wildings and gang violence. Moreover, concealed carry in Chicago is illegal, unless one follows the Constitution.

Tourists and residents have been attacked by mobs of youths on buses, on beaches, on bicycle paths, near the shops of the Magnificent Mile, and outside their homes. Mobs of shoplifters plagued “Mug Mile” stores.

Terror has descended on many of the wealthiest areas of Chicago.  Some are even calling on Chicago residents to completely avoid areas like the Magnificent Mile during the weekends until more police are brought in.

Mobs of young people are “swarming” retail stores, assaulting shoppers and pedestrians and even pulling people out of their cars.

The following is one eyewitness account of the “wildings” in Chicago that Tavakoli included in her recent article….

At about 11pm last Friday night, June 3rd, I heard shouting, screaming, horns blaring and tires screeching from my apartment…When I looked out my window to the street below I saw a crowd of about 20 young people…directly across the street from the entrance to my building. They were leaning on parked cars and clogging the street. They were screaming at people walking and driving by. I watched them stop vehicles, including taxi cabs, and pull people from the vehicles…It was a frightening scene and I was sure someone was going to be hurt.

#2 If you don’t pay your student loans you may find yourself getting dragged out of your home by a SWAT team.

The following is how an article in The Daily Mail recently described one recent SWAT team raid in California that was apparently ordered by the Department of Education….

A father was dragged from his home and handcuffed in front of his children by a SWAT team looking for his estranged wife – to collect her unpaid student loans.

A stunned Kenneth Wright had his front door kicked in by the raiding party at 6 am yesterday before being dragged onto his front porch, handcuffed and led to a police car with his three children.

He says he was then detained for six hours while officers looked for his wife – who no longer lives at the house.

#3 One town in Connecticut was forced to shut down a beautiful new fountain because too many people were using it as a toilet.

#4 This most recent Memorial Day weekend, cities all over America literally turned into war zones.  There were reports of mass violence in Miami, New York, Chicago, Charlotte, Myrtle Beach, Nashville and Boston among other places.

If you want to see video of some of the violence in Miami as it was happening, you can view it here.  The video is quite disturbing so please don’t let any small children view it.

#5 One of the hottest books in America right now is a “children’s book” entitled “Go The F*k To Sleep“.

#6 A teenage girl in Washington state recently shot her Dad with a hunting bow because he took away her cell phone.

#7 In New York City, one 32-year-old man was recently charged with sexually assaulting an 85-year-old woman.

“You know, look — this is a humanitarian — you know, you’re smart enough to see this . . . People, you know, if it continues, we’re going to start to see civil unrest in this country. I hate to say that, but I think it’s imminently possible.”

#9 According to one new study, the percentage of U.S. households that contain a married couple with children has fallen from 44.3% in 1960 to 20.2% today.

#10 In Atlanta, two dozen teens recently violently assaulted two Delta flight attendants on a train for no apparent reason.  The following is how a local Atlanta newspaper described the attacks….

#11 Federal prosecutors in Indianapolis have announced that they have broken up one of the largest child pornography rings ever discovered.  It was based in Bloomington, Indiana.

Are any small towns still safe?

#12 Barack Obama’s food safety chief is defending armed raids of raw milk producers (including a raid on an Amish farmer) and he says that the FDA will “keep doing our public health job“.

#13 In Florida, a 45-year-old Polk County sheriff’s deputy has been charged with strapping children to a desk and spanking them with sex toys.

#14 In Sioux City, Iowa a 41 year old man recently walked into the office where his boss worked and beat the living daylights out of him.  The boss suffered four chipped teeth and needed surgery to repair his nose.  Apparently the boss was planning to fire the man.

#15 A 20-year-old woman in Oklahoma has been charged with killing the family cat and using the blood as part of a costume she planned to wear to a Lady Gaga concert.

#16 McDonald’s recently held a “National Hiring Day” and about a million Americans showed up to apply for jobs at McDonald’s restaurants all around the nation.  Well, in Cleveland a horrible fight broke out between some girls and it ended up with three people being run over by a car.  You can view video of this incident right here.  Please do not watch the video if you are sensitive to graphic violence.

#17 All over the United States, vicious restaurant brawls have been erupting with alarming frequency and many of them are being posted up on YouTube for the world to see.  You can see one example of this phenomenon right here.

#18 From coast to coast, “mob robbing” has become a very disturbing trend.

So what is a “mob robbing”?

Well, basically dozens of young people storm into a store together, grab whatever they want, and storm back out again.

Recent examples of this have been caught on video in Washington D.C. and in Las Vegas.

So does anyone still doubt that we are starting to see the collapse of society?

Sadly, things are going to get a whole lot worse.

In response to a recent article entitled “The Coming Economic Hell For American Families“, a frequent commenter on my site known as “El Pollo De Oro” left the following comment about the collapse of society that is beginning to unfold….

Yes, it’s going to be VERY violent in The Banana Republic of America. Carjacking, kidnapping, drug trafficking, armed robbery and murder for hire will be major growth industries in the BRA when millions of formerly middle class Americans, now the neo-poor/neo-peasants, become increasingly desperate. The horrifying violence in Mexico will become a fact of life on this side of the border, the brutal kidnappings of the Philippines and Papua New Guinea will plague the BRA as well. Formerly middle class Americans who find themselves living in shantytown slums won’t like their new accommodations, and many of them will turn to violent crime in the hope of improving their miserable circumstances.

The truth is that about the only thing keeping our society together has been the unprecedented affluence that we have been enjoying over the past few decades.

Once that affluence is gone, the true character of the American people will come out, and we may not like what we see.

That is one reason why I pound on the economic crisis this nation is facing day after day.  Once our wealth is gone, there is going to be chaos in the streets of America.

So what are you seeing in your area of the country?  Do you see signs that the collapse of society is accelerating where you live?  Please feel free to leave a comment with your opinion below….