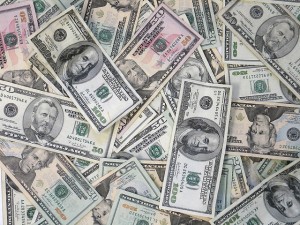 Once upon a time in America, people became doctors and nurses because they wanted to help people, building hospitals was a labor of love, lawyers didn’t chase ambulances, health insurance companies did not openly abuse their customers and greedy pharmaceutical companies did not dominate the entire health care industry.  But today all of that has changed.  Why do most people choose a career in the health care industry today?  It is because they want to make a lot of money and live a comfortable lifestyle.  Why do most health facilities get built today?  They get built because someone is hoping to make a huge profit.  Why do so many lawyers specialize in medical malpractice?  Here’s a hint – it is not because they want to make life better for people.  Why do health insurance companies keep raising premiums even while they are making record profits?  It is because they can and because they are greedy.  Why are pharmaceutical corporations some of the most profitable companies on the face of the earth even though their products are harming tens of millions of people?  It is because our health care system has become wildly corrupt and is now about making as much money as possible.

Not that everyone in the health care industry is motivated by greed.  Some doctors and nurses volunteer a ton of their time to assist the poor and the needy.  Others use their vacation time to go overseas and provide free medical care in third world nations.  Many religious groups and non-profit organizations build hospitals and clinics because they are truly trying to help people.  And there are a few health insurance companies that are trying to play the game honestly.

The following are 20 signs that the health care industry in the United States has become all about making as much money as possible….

1 – Even as the rest of the U.S. economy deeply struggles, America’s health insurance companies increased their profits by 56 percent in 2009.

2 – According to a report by Health Care for America Now, America’s five biggest for-profit health insurers ended 2009 with a combined profit of $12.2 billion.

3 – The top executives at the five largest for-profit health insurance companies in the United States received nearly $200 million in total compensation in 2009.

4 – According to an article on the Mother Jones website, health insurance premiums for small employers in the United States increased 180% between 1999 and 2009.

6 – Since 2003, health insurance companies have shelled out more than $42 million in state-level campaign contributions.

7 – There were more than two dozen pharmaceutical companies that made over a billion dollars in profits in 2008.

8 – Each year, tens of billions of dollars is spent on pharmaceutical marketing in the United States alone.

10 – According to the CDC, approximately three quarters of a million people a year are rushed to emergency rooms in the United States because of adverse reactions to pharmaceutical drugs.

11 – According to a very surprising new study, 85 percent of new pharmaceutical drugs are “lemons” and pose serious health risks to their users.

13 – Shocking new research has found that expectant mothers taking antidepressants have an astounding 68 percent increase in the overall risk of miscarriage.  Yet the pharmaceutical companies are essentially doing nothing to stop this.

15 – There are some disturbing new medical studies that suggest that many of the most popular anti-depressant drugs are no more effective than a placebo.

16 – Pharmaceutical companies continue to rake in billions of dollars from selling vaccines and are encouraging even pregnant women to take them, even though there is mounting evidence that taking vaccines while pregnant dramatically increases the rate of miscarriage.

17 – One woman in New Hampshire is seeking more than $24 million in damages from the manufacturer of a prescription drug that she took for shoulder pain.  It turns out that as a result of taking the drug, she is now blind and has been left scarred by internal and external burns.

18 – According to one stunning new study, the medical liability system in the United States added approximately $55.6 billion to the cost of health care in 2008.

19 – Pharmaceutical companies have become so greedy that now they are even attempting to patent our genes.  It is being reported that over three million gene patent applications have been filed with the U.S. government so far.  Tens of thousands of gene patents have already been granted at this point.  It is estimated that companies hold approximately 40,000 patents on sections of the human genome right now.  Those patents cover approximately 20% of our genes.

20 – According to a recent report, Americans spend about twice as much as residents of other developed countries on health care, but get much lower quality and far less efficiency in return.