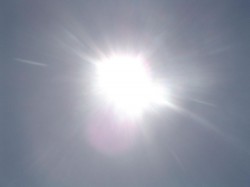 The summer of 2012 is shaping up to be very similar to the summer of 2008.  Things look incredibly bleak for the global economy right now.  Economic activity and lending are slowing down all over the planet, and fear is starting to paralyze the entire global financial system.  Things did not look this bad back in the summer of 2011 and things certainly did not look this bad back in the summer of 2010.  It is almost as if a “perfect storm” is brewing.  Today, the global financial system is a finely balanced pyramid of risk, debt and leverage.  Such a system requires a high degree of confidence and stability.  But when confidence disappears and fear and panic take over, the house of cards can literally start collapsing at any time.  Right now we are watching a slow-motion train wreck unfold and nobody seems to know how to stop it.  Unless some kind of a miracle happens, things are going to look much different when we reach the start of 2013 than they do today.

The following are 21 signs that this could be a long, hot, crazy summer for the global financial system….

#1 There are rumors that major financial institutions are cancelling employee vacations in anticipation of a major financial crisis this summer.  The following are a couple of tweets quoted in a recent article by Kenneth Schortgen Jr….

Todd Harrison tweet: Hearing (not confirmed) @PIMCO asked employees to cancel vacations to have “all hands on deck” for a Lehman-type tail event. Confirm?

Todd M. Schoenberger tweet: @todd_harrison @pimco I heard the same thing, but I also heard the same for “some” at JPM. Heard it today at a hedge fund luncheon.

As Schortgen points out, these are not just your average Twitter users….

Todd Harrison is the CEO of the award winning internet media company Minyanville, while Todd Shoenberger is a managing principal at the Blackbay Group, and an adjunct professor of Finance at Cecil College.

#2 The Bank for International Settlements is warning that global lending is contracting at the fastest pace since the financial crisis of 2008.

#3 Unemployment in the eurozone has hit a brand new all-time record high.

#4 The government of Portugal has just announced that it will be bailing out three major banks.

#5 Many U.S. banking stocks are being hit extremely hard.  For example, Morgan Stanley stock has declined by 40 percent over the past four months.

#6 Yields on Spanish debt and yields on Italian debt have been absolutely soaring.

#7 10 year U.S. Treasury notes hit a record low on Friday because investors are scared and they are looking for safety. The following is from a recent USA Today article….

“Treasuries are at 1.46 because people are freaking out,” says Mark Vitner, senior economist at Wells Fargo Economics.

#8 New orders for factory goods in the United States have declined three times in the last four months.  That is a sign that the “economic recovery” in the U.S. has clearly stalled.

#9 U.S. job growth in May was well below expectations and the unemployment rate has increased to 8.2 percent.

#10 Economies all over the developed world are seriously slowing down right now.  The following is from a recent article by Ambrose Evans-Pritchard….

Brazil wilted in the first quarter. India grew at the slowest pace in nine years. China’s HSBC manufacturing index fell further into contraction in May, with new orders dropping sharply and inventories rising.

#12 Over the past five years, the stock markets of Greece, Spain, Italy, Portugal, Ireland and Cyprus have all fallen by more than 50 percent.  Will we soon see similar results all over the rest of Europe?

#13 The Greek economy is literally shutting down.  Just check out the chaos that unpaid bills are already causing….

And unpaid bills are now threatening Greece’s electricity supply. State-owned Electricity Market Operator (LAGIE), a clearing house for power transactions, hasn’t paid independent power producers for electricity it bought from them. They, in turn, haven’t paid their natural gas supplier, Public Gas Corporation (Depa), which now doesn’t have the money to pay its supplier. Payment is due on June 22. Alas, its supplier is Gazprom in Russia, and they insist on getting paid. If not, they will shut the valve, and Depa won’t get the gas to supply the independent producers, which will have to take their power plants off line, removing about a third of the country’s electricity production.

#14 It is estimated that there are 273 billion dollars of failed real estate loans in the Spanish banking system.

#15 In March, 66 billion euros was pulled out of Spanish banks and sent out of the country.  That was an all-time record and that was before we even knew the results of the recent elections in Greece and France.  The numbers for April and May will almost certainly be even worse.

#17 Former Italian Prime Minister Silvio Berlusconi is warning that Italy may have to take drastic actions if something is not done soon….

“People are in shock. Confidence has collapsed. We have never had such a dark future,” he said. Indeed, the jobless rate for youth has jumped from 27pc to 35pc in a year. Terrorism has returned. Anarchists knee-capped the head of Ansaldo Nucleare last month. Italy’s tax office chief was nearly blinded by a letter bomb.

“If Europe refuses to listen to our demands, we should say ‘bye, bye’ and leave the euro. Or tell the Germans to leave the euro if they are not happy,” he said.

#18 It now looks like Cyprus is going to be the next European nation to need a bailout.

#19 Switzerland is threatening to implement capital controls in order to stop the massive flow of money that is coming in from banks around the rest of Europe.

#20 As I wrote about the other day, World Bank President Robert Zoellick is warning that “the summer of 2012” could end up being very similar to what we experienced back in 2008….

#21 Germany’s former vice-Chancellor, Joschka Fischer, is warning that the entire EU could fall apart over this crisis….

“Let’s not delude ourselves: If the euro falls apart, so will the European Union, triggering a global economic crisis on a scale that most people alive today have never experienced”

When was the last time that we saw so much bad economic news come out all at once?

We truly live in unprecedented times.

It will be exciting to watch what happens, but it is also important to keep in mind that the coming economic crisis will cause extreme pain for millions upon millions of people.

For example, the suicide of a mother and a son due to the deteriorating economy has absolutely shocked the entire nation of Greece….

A 60-year-old Greek musician and his 91-year-old mother jumped to their deaths from their 5th floor apartment, driven to despair by financial woes. This double death is the latest in a rising epidemic of crisis-induced suicides in Greece.

­Witness accounts vary – some say the mother, who suffered from Alzheimer’s, jumped first, screaming a prayer as she plummeted to her death. Other neighbors say the mother and her son jumped together, holding hands.

But the one thing everyone seems to agree on is that the family had been struggling for a long time. The night before, Antonis Perris posted a suicide note of sorts on a popular Greek forum, saying he had no way of resolving the family’s financial issues.

“The problem is that I didn’t realize that I would need to have cash, because the economic crisis came so suddenly. Even though I have been selling our possessions, we have no cash flow, we have no money to buy food anymore and my credit card is maxed out with 22% interest rate.”

Perris continued to say that both his and his mother’s health deteriorated, and that he saw no solution to his most basic problems – getting food and medical help.

This is why it is so incredibly important to get prepared.

You don’t want something like that happening to you or anyone in your family. 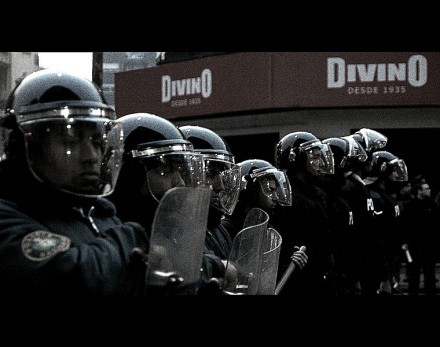