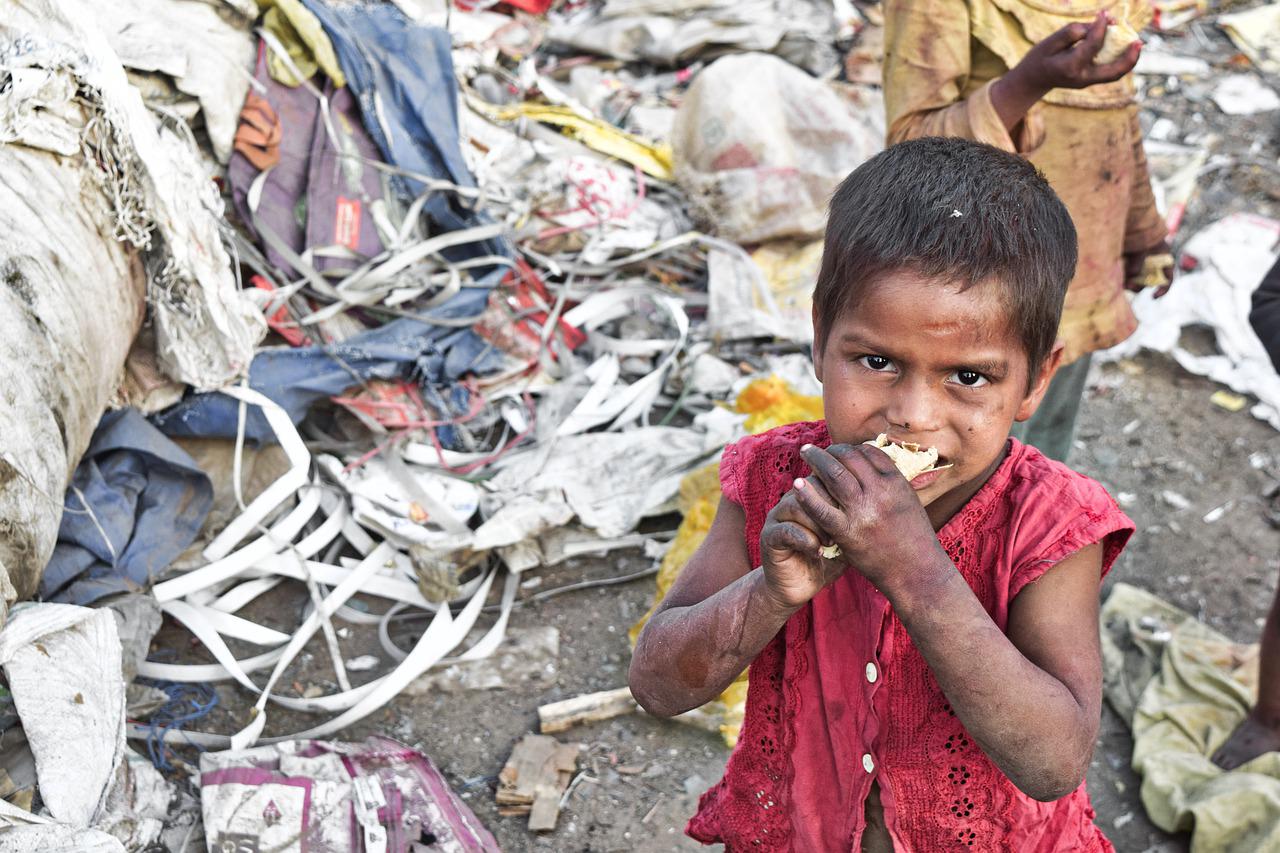 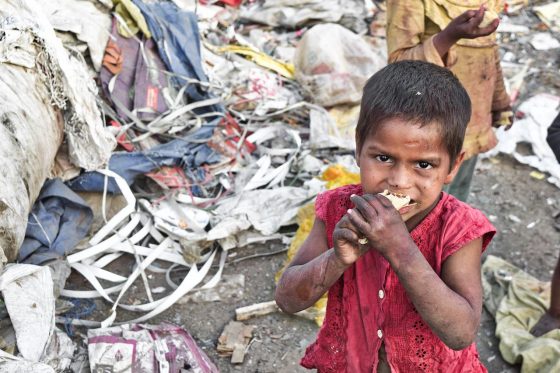 A confluence of circumstances has come together to create a “perfect storm” for global food production, and now that “perfect storm” is about to get even worse.  For months I warned that this crisis was coming, and in recent weeks I have been documenting how dire conditions have already become all over the globe.  The head of the UN World Food Program is warning that this is going to be the worst worldwide food crisis since World War II, and even Joe Biden is admitting that the approaching food shortages “are going to be real”.  Unfortunately, there have been some new developments which threaten to significantly escalate things.

In recent days, the number of newly confirmed COVID cases in China has soared to record highs, and Chinese authorities have responded to this with unprecedented lockdowns.

As a result, almost 400 million Chinese are now “under full or partial lockdown”…

Nearly 400 million people across 45 cities in China are under full or partial lockdown as part of China’s strict zero-Covid policy. Together they represent 40%, or $7.2 trillion, of annual gross domestic product for the world’s second-largest economy, according to data from Nomura Holdings.

Analysts are ringing warning bells, but say investors aren’t properly assessing how serious the global economic fallout might be from these prolonged isolation orders.

Chinese lockdowns are a lot more brutal than lockdowns in the western world.

By now, you have probably seen video footage of Shanghai residents literally screaming from their apartment windows.

I have never seen anything like that before, and these lockdowns will continue as long as COVID keeps spreading.

To put this in perspective, the number of people that are currently locked down in China is greater than the total population of the United States.

Needless to say, these lockdowns are bringing the Chinese economy to a grinding halt, and that is going to affect the entire planet.  At the Port of Shanghai, activity “is essentially at a standstill”…

The Port of Shanghai, which handled over 20% of Chinese freight traffic in 2021, is essentially at a standstill. Food supplies stuck in shipping containers without access to refrigeration are rotting.

This is an enormous problem for those of us in the western world, because our stores are normally filled with goods that have been made in China.

And this even extends to our food supply.  For example, we send giant mountains of apples to China where they are processed and sent back to us as apple juice.

We need to hope that the lockdowns in China end soon, because if that does not happen it will likely create tremendous shortages all over the planet.

Meanwhile, the fertilizer crisis in the United States is about to get even worse.

Previously, I have written about how the skyrocketing cost of fertilizer is going to cause massive problems for many U.S. farmers, and now many of those farmers may not be able to get the fertilizer that they need at all due to “railroad-mandated shipping reductions”.  The following comes directly from a notice released by CF Industries…

CF Industries Holdings, Inc. (NYSE: CF), a leading global manufacturer of hydrogen and nitrogen products, today informed customers it serves by Union Pacific rail lines that railroad-mandated shipping reductions would result in nitrogen fertilizer shipment delays during the spring application season and that it would be unable to accept new rail sales involving Union Pacific for the foreseeable future. The Company understands that it is one of only 30 companies to face these restrictions.

CF Industries ships to customers via Union Pacific rail lines primarily from its Donaldsonville Complex in Louisiana and its Port Neal Complex in Iowa. The rail lines serve key agricultural areas such as Iowa, Illinois, Kansas, Nebraska, Texas and California. Products that will be affected include nitrogen fertilizers such as urea and urea ammonium nitrate (UAN) as well as diesel exhaust fluid (DEF), an emissions control product required for diesel trucks. CF Industries is the largest producer of urea, UAN and DEF in North America, and its Donaldsonville Complex is the largest single production facility for the products in North America.

I was astounded to hear that 30 different companies will be affected by these reductions.

Someone at Union Pacific needs to give us some straight answers about what is really going on, because the CEO of CF Industries says that this change “could not come at a worse time for farmers”…

“The timing of this action by Union Pacific could not come at a worse time for farmers,” said Tony Will, president and chief executive officer, CF Industries Holdings, Inc. “Not only will fertilizer be delayed by these shipping restrictions, but additional fertilizer needed to complete spring applications may be unable to reach farmers at all. By placing this arbitrary restriction on just a handful of shippers, Union Pacific is jeopardizing farmers’ harvests and increasing the cost of food for consumers.”

So we desperately need a really good growing season in the months ahead, and now that is being jeopardized by more supply chain issues.

At the same time, the new bird flu pandemic in the U.S. just continues to intensify.

On Friday, we learned that Idaho has become the 27th U.S. state to have confirmed cases at a commercial facility…

On Friday, the U.S. Department of Agriculture announced yet another outbreak, this one in two flocks in Idaho, making that the 27th state in which the virus has been found since February.

According to the USDA, the price of a dozen eggs in November hovered around $1. Right now, that price is $2.95 and rising.

The cost of eggs has already gone completely nuts, and it is only going to go higher.

If you don’t eat eggs or anything that contains eggs, then this will not affect you.

Unfortunately, the vast majority of us will be affected by this, and we are being warned that this pandemic could get a lot worse in the months ahead.

Of course the cost of chicken meat and the cost of turkey meat will both continue to soar as well.  In fact, one of my readers just wrote to let me know that the price of chicken breasts at his local store shot up 43 percent…

I thought I would give you a quick update on Inflation/Food Shortages.

I just got back from The Dollar General Store in Holden, MO. I was going to buy some Tyson Chicken Breasts to stock up for the future. They went from $6.95 to $9.95. That’s a 43% jump in price!!! There was plenty of them (6 packages) but I just felt like I couldn’t afford them so I didn’t buy any.

Michael have you heard anything about shortages of Crackers??? I had to wait 4 months for a certain type of Cracker to get restocked in The Dollar General Store. I also have been having a lot of trouble getting Saltine Crackers at our local Grocery Store. 2 weeks ago they finally had 1(!!!) box of the type I buy and I grabbed it up immediately. This week none again. Not sure what the problem is.

Gas here is $3.49. Diesel Fuel is $4.69. I feel sorry for the guys that have these big Diesel Pickups with 40 gallon fuel tanks. I have been combining shopping and errands in 1 trip plus letting my Pickup set in the driveway to conserve Gas.

A lot of the factors that are contributing to this growing global food crisis are outside of our control.

But if we could at least bring a halt to the shooting in Ukraine, that would give us a ray of hope.

Unfortunately, negotiations have totally broken down, and U.S. Secretary of State Antony Blinken just told CNN that the war could continue through the end of the year…

Secretary of State Antony Blinken told Washington’s European allies that the US believes the war in Ukraine could last through the end of 2022, CNN reported Friday, citing two European officials.

The report said that many Western officials have assessed there’s no short-term end in sight for the war, and public comments from US officials have reflected this. National Security Advisor Jake Sullivan has warned of a “protracted conflict” that he said could go on “for months or even longer.”

Ukraine and Russia usually account for approximately 30 percent of all global wheat exports, and so we desperately need that war to end.

Sadly, that isn’t going to happen.

These days, it seems as though almost everything that can go wrong for global food production is going wrong, and the stage is being set for the sort of horrific global famine that I have been relentlessly warning about.

Our leaders may be able to print money, but they can’t print food.

If you are waiting for them to wave their magic wands and conjure up a perfect solution to this crisis then I am afraid that you are going to be bitterly, bitterly disappointed.